The Covid vaccine saved my life, Ireland has turned a corner

With 88% of Irish fully vaccinated and booster shots for the vulnerable on the horizon Ireland, thus far, seems to have a handle on the pandemic. 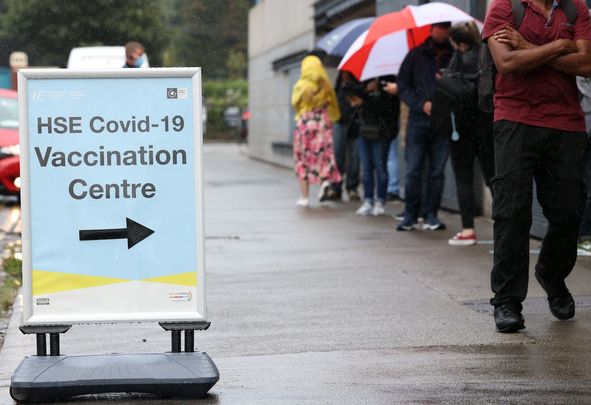 A Covid vaccination center at Croke Park, in Dublin. RollingNews

Having tested positive for Covid our man in Dublin reflects on Ireland's vaccine rollout, the planned reopenings, and what's next in the battle against the virus.

"You're coughing Dad, you need to get a test.”

That was my daughter's concerned comment to me nearly three weeks ago as she passed the door of my study.  It was Sunday afternoon and, as usual, I was tapping away on my computer writing my column for the Irish Voice.

“I'm fine,” I said, a little irritated to be interrupted in the middle of a complicated piece about Ireland's contribution to global warming. “It's probably just a summer cold,” I insisted.

In fact, I was hardly aware of the slight cough I had developed.  I really did feel fine. And besides, I had spent a day in hospital on the Wednesday of that week for a minor procedure.  Before that procedure was done I had been tested in the hospital for Covid and was negative.

So I thought it most unlikely that just four days later I could be Covid positive. I had not been anywhere in the meantime, no bars, no restaurants, not even the supermarket. Where could I have got it?

But the cough persisted and I was slightly chesty, even though I felt normal. I wasn't worried because I was double vaccinated.

But two days later, for the sake of a quiet life at home, I went to one of the HSE (Health Service Executive) test centers in Dublin and had a PCR swab. The next day my phone pinged with a message: You are Covid positive.

I could not believe it. But incredulous though I was, the fact was I had Covid.

So I followed the instructions about isolating at home for 10 days, and other family members kept well away and wore masks when they were anywhere near my room.

Looking back on it now, I should not have been so surprised. That week the number of positive Covid tests had increased from just a few dozen a day a month earlier to over 1,000 a day.  Hospital admissions for Covid had climbed steadily and instead of just 20 or 30 in hospital there were over 200, with the number in ICU going from a handful to around 40. 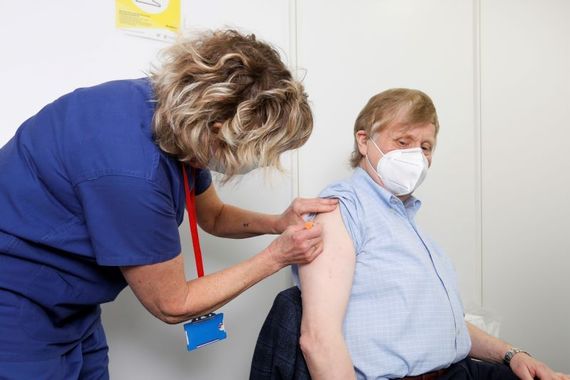 That was over two weeks ago and it was clear the Delta variant had started another wave of the virus. Since then the trend has continued.

By last weekend the daily positive tests were approaching 2,000 a day and there were around 350 people sick enough with Covid to need hospital treatment, with 60 in ICUs. So we're back in the thick of it, and my case was just one of the growing number of positive tests here.

Last weekend the country's Chief Medical Officer, Dr. Tony Holohan, said that Ireland’s 14-day incidence was 531 per 100,000. “This means that as per the European Centre for Disease Control categorization, Ireland is now classified as dark red,” he added. “This demonstrates that there is presently a high level of virus transmitting in Ireland."

But of course, there's one big difference this time. More than 92 percent of adults here have now had at least one vaccine shot and 88 percent are fully vaccinated (the figures last weekend).

Being vaccinated does not stop you from picking up the virus, although it may make you less susceptible. What it does do, however, is dramatically reduce the likelihood of you getting sick enough to require hospital treatment.

Yours truly is living proof of this. Even though I'm now in my 70s and have a serious underlying condition that has weakened my immune system, my Covid experience was relatively mild. A couple of days of feeling miserable, like with a bad flu, with aches and pains, and being exhausted. That was it.

Critically, despite being a bit chesty, at no point did I have breathing problems. Within a week I was over it and close to normal if a bit low on energy.

I'm no medical expert. But I firmly believe that this was down to the vaccine (I had my two Pfizer shots three months ago). I believe that protected me, preventing me from getting seriously ill.

In spite of this new Covid wave here caused by the Delta variant, there is no sense of panic, either at government level or in the population in general. In fact, the pressure to remove the remaining restrictions and fully reopen society is intense. Everyone wants to go back to normal as soon as possible.

The advice from Nphet (National Public Health Emergency Team) is still cautious, advising the government that we need to keep some restrictions in place until at least 90 percent of the adult population (over 16) is fully vaccinated.  As the weekend figures quoted above show, we're almost there.

But not quite...and the last few percent is the most difficult since it means dealing with those who are vaccine-hesitant, fearful, or outright refusers. For that reason, it could take another few weeks.

There are growing signs that the government is not going to wait that long, however, no matter what Nphet says. They want most things to be back to normal by the end of September, or October at the latest, with the kids in school, most people back in offices, and the economy fully operational.

The timeline for ending the remaining restrictions -- on live music events, nightclubs, religious services like First Communions, indoor events, reduced capacity on public transport, and some other things like gyms, etc. -- is to be decided at a Cabinet meeting this week.

By the time you read this some of the remaining restrictions are likely to be gone or in their final days or weeks, and there will be a roadmap for getting rid of the rest. Even so, it is possible that mandatory mask-wearing in public offices, hospitals, on public transport, etc. will remain until the end of the year.

As far as private offices and workplaces are concerned, the government is likely to recommend a gradual return to full capacity and may leave it up to individual companies to assess what staff levels are safe, given the variation in buildings and ventilation systems. This will be part of a  wider debate on whether staff should have the right to continue to work from home if they want to do so.

The live music industry has been campaigning hard to be allowed to start up again, given that large crowds have been allowed at recent sports events like the 40,000 at the All-Ireland hurling final a couple of weekends ago in Croke Park.

But that was just half the Croke Park capacity, and that could be used as an interim guideline for sports stadiums and other arenas. Live music venues and nightclubs could have a similar restriction, and there is also the option of requiring vaccination proof for entry, although there is some disagreement at government level about the practicality of this. 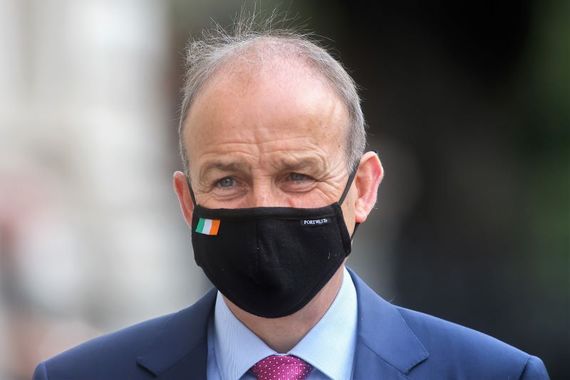 The position of Nphet itself -- the main advisory body to the government during the Covid crisis -- is being reviewed. Taoiseach Micheal Martin has hinted that since the emergency is over, it is time for a return to normal decision-making by the government. So NPHET may be disbanded in the next month or two, a decision that would please those who feel that it had become much too powerful in the decision-making process at government level.

Last weekend, 12- to 15-year-olds here were being vaccinated at walk-in centers for the first time. And there is a major push on now to get the remaining 16- to 18-year-olds and young adults -- the cohort where the Delta variant is spreading fastest -- vaccinated as soon as possible.

Some of this group are clueless, while others do not perceive Covid as a threat since they are young. This is not completely accurate, of course, although it's true that many of the young who are testing positive are not getting sick to a noticeable degree. The trouble is they can pass it on to those who may get very ill, or even die.

The latest figures show that there are still more than a quarter of a million young people here (aged 12 to 29)  who have yet to register for a vaccine. Getting them done will be a critical step in finally controlling the pandemic here. It won't end it, but it will mean that we will be able to live with the remaining level of virus in the community as things return to normal.

Meanwhile, preparations are underway here to start giving booster shots to older and more vulnerable people who had their vaccines three months ago or more. That could start as early as next month, with the possibility that older folk will be given the usual flu jab in one arm and a Covid booster jab in the other arm. Yours truly will be first in line!

*This column first appeared in the September 1 edition of the weekly Irish Voice newspaper, a sister publication to IrishCentral.