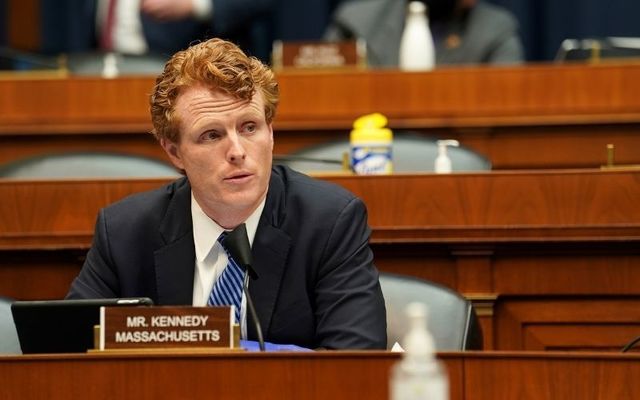 Joseph Kennedy III speaks in Congress in May 2020. Getty

Former Congressman Joseph Kennedy III has issued a statement protesting against the release of Sirhan Sirhan, who murdered his grandfather Robert F. Kennedy in 1968.

The former Congressman echoed his father Joseph Kennedy II and RFK's widow Ethel Kennedy by stating his opposition to the decision.

"I believe deeply in the possibility of parole in the American justice system. I also believe deeply that the man who murdered my grandfather does not deserve it," he said in the statement.

"I echo the anger and heartache of my father, the majority of his siblings, and my grandmother at the California Parole Board’s recent recommendation," he continued.

The former Congressman said that the American criminal justice system required a move toward rehabilitation, compassion, and understanding but said that those who commit "heinous acts of violence" and reject accountability and empathy do not deserve it.

Earlier, his father Joseph Kennedy II described the California Parole Board's decision as a "grievous error" that should be reversed.

"I understand that there are differing views about ending the sentence of this killer, including within my own family. But emotions and opinions do not change facts or history," Joseph Kennedy II said on Sunday.

"The prisoner killed my father because of his support of Israel. The man was tried, convicted, and sentenced to death. Yet he now may walk free."

However, RFK's sons Robert F. Kennedy Jr. and Douglas Kennedy have issued their support for the decision, stating Sirhan Sirhan is "a human being worthy of compassion and love".

RFK Jr., who attended Sirhan Sirhans' parole hearing along with his brother Douglas, said that his father would have encouraged the parole board's decision.

"While nobody can speak definitively on behalf of my father, I firmly believe that based on his own consuming commitment to fairness and justice, that he would strongly encourage this board to release Mr. Sirhan because of Sirhan’s impressive record of rehabilitation," Robert F. Kennedy Jr. said.

The California Parole Board granted Sirhan Sirhan's parole last Friday, but the decision must be reviewed by the parole board's staff over the next 90 days before the decision is sent to California Governor Gavin Newsom, who has 30 days to decide whether to grant parole, modify it, or reverse the decision.