Six Kennedy siblings are against parole being granted for Sirhan Sirhan, who was convicted of killing Robert F. Kennedy, while two siblings are in favor. 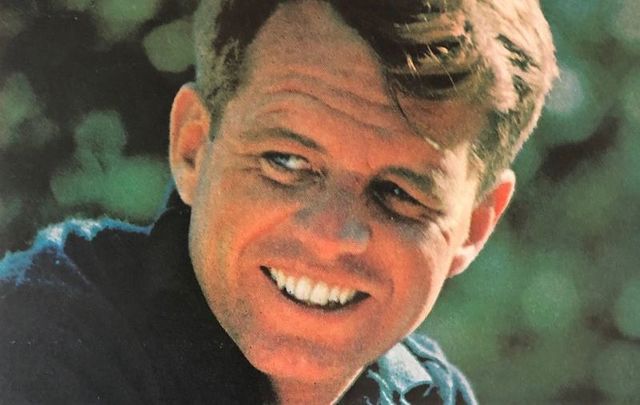 Sirhan, now 77 years old, won his 16th parole hearing in California on August 27. The decision will be reviewed over the next 90 days by the California Parole Board’s staff before it gets sent to California Governor Gavin Newsom, who will have 30 days to decide whether to grant it, reverse it or modify it.

Sirhan has been in prison since April 1969 when he was convicted of the first-degree murder of Robert F. Kennedy, brother to John F. Kennedy, the first Irish Catholic President of the US.  On June 5, 1968, RFK was shot in the pantry of the Ambassador Hotel in Los Angeles, California, shortly after delivering a victory speech after winning the California Democratic primary.

Kennedy died the following day, June 6, 1968. His widow, Ethel Skakel, was pregnant with the couple’s 11th child at the time of his death.

Responding to the recent parole decision, Joseph P. Kennedy II, the eldest son of the 11 Kennedy siblings, issued a personal statement on August 29 which said in a part: “Two commissioners of the 18-member California Parole Board made a grievous error last Friday in recommending the release of the man who murdered my father.

"I understand that there are differing views about ending the sentence of this killer, including within my own family. But emotions and opinions do not change facts or history."

Earlier, on August 27, Kerry Kennedy, one of Robert F. Kennedy’s children who now serves as the president of the nonprofit organization RFK Human Rights, shared an open letter signed by her and five of her siblings on the day that Sirhan won his parole hearing.

The letter reads: “As children of Robert F. Kennedy, we are devastated that the man who murdered our father has been recommended for parole. Our father’s death is a very difficult matter for us to discuss publicly and for the past many decades we have declined to engage directly in the parole process.

“Given today’s unexpected recommendation by the California parole board after 15 previous decisions to deny release, we feel compelled to make our position clear. We adamantly oppose the parole and release of Sirhan Sirhan and are shocked by a ruling that we believe ignores the standards of parole of a confessed, first-degree murderer in the state of California.

“Our father’s death impacted our family in ways that can never be adequately articulated and today’s decision by a two-member parole board has inflicted enormous additional pain. But beyond just us, six of Robert Kennedy’s nine surviving children, Sirhan Sirhan committed a crime against our nation and its people. He took our father from our family and he took him from America.

“We are in disbelief that this man would be recommended for release. We urge the parole board staff, the full Board, and ultimately, Governor Newsom, to reverse the initial recommendation. It is a recommendation we intend to challenge every step of the way, and we hope that those who also hold the memory of our father in their hearts will stand with us.”

Robert F. Kennedy's widow Ethel has not spoken publicly about the parole decision, nor has Kathleen Kennedy Townsend, the eldest of the 11 Kennedy children. Two other Kennedy siblings, David and Michael, are deceased.

While six of the Kennedy siblings have emphatically spoken out against parole for Sirhan, two other Kennedy siblings - Robert F. Kennedy, Jr and Douglas Kennedy - have offered their support for his parole. The brothers were present for Sirhan’s parole hearing on August 27.

"I'm overwhelmed just by being able to view Mr. Sirhan face to face,” Douglas Kennedy said during Friday's parole hearing. “I think I've lived my life both in fear of him and his name in one way or another. And I am grateful today to see him as a human being worthy of compassion and love.”

Robert F. Kennedy Jr, who has previously met with Sirhan in prison, said in a letter that was read during the parole hearing: “While nobody can speak definitively on behalf of my father, I firmly believe that based on his own consuming commitment to fairness and justice, that he would strongly encourage this board to release Mr. Sirhan because of Sirhan’s impressive record of rehabilitation."