Vaccinating the Irish public got off to a slow start, but now Ireland is showing the world how it’s done, with more than 70 percent of the population fully vaccinated 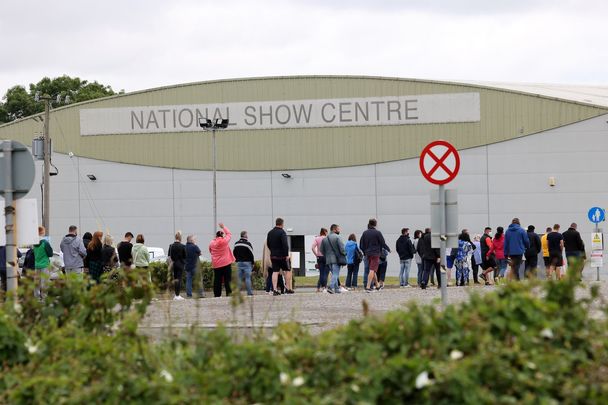 Vaccine Centre, Swords: "Just under 90 percent of the adult population in Ireland has now had at least one shot (which gives substantial protection) and 72.5 percent are fully vaccinated." RollingNews

With new pop-up vaccine sites and a public eager to get jabbed, John Spain says that Ireland has turned a big corner in the pandemic fight.

It has not been easy.  We have endured more time in lockdown than anywhere else in Europe.   Our vaccine rollout was slow and uneven in the early stages and our hospital numbers and deaths at the peak were very worrying.

But we have come through, and at last, we are emerging out the other side of this awful nightmare.

We are not completely safe yet, but Ireland has definitely turned the corner.  Much of the credit must go to the health authorities and the government for the calm and deliberate way they have handled the crisis after the shaky start.

That built up confidence in almost everyone here so that vaccine hesitancy or refusal has been minimal.  In fact, it has been almost non-existent, apart from a very small number of looney tunes.

The figures speak for themselves.  Just under 90 percent of the adult population in Ireland has now had at least one shot (which gives substantial protection) and 72.5 percent are fully vaccinated.  Those were the figures reached last weekend.

By then we were slightly ahead of the U.K. which is seen as the big vaccination success story in Europe.  Within the next month or so the number of fully vaccinated here should be approaching 90 percent.  That will be a remarkable achievement.

We began the vaccine rollout seven months ago at the beginning of this year with the oldest folk and then worked our way downwards through the age groups, five years or so at a time.  After the slow start, mainly due to supply problems, progress has been so good that last week we were all the way down to the 16-18-year-olds.

This means that anyone here over the age of 16 can now get the free vaccine.   And plans are in place to extend that down to 12-15-year-olds in the coming weeks, with the aim of doing them before the school year starts in September. 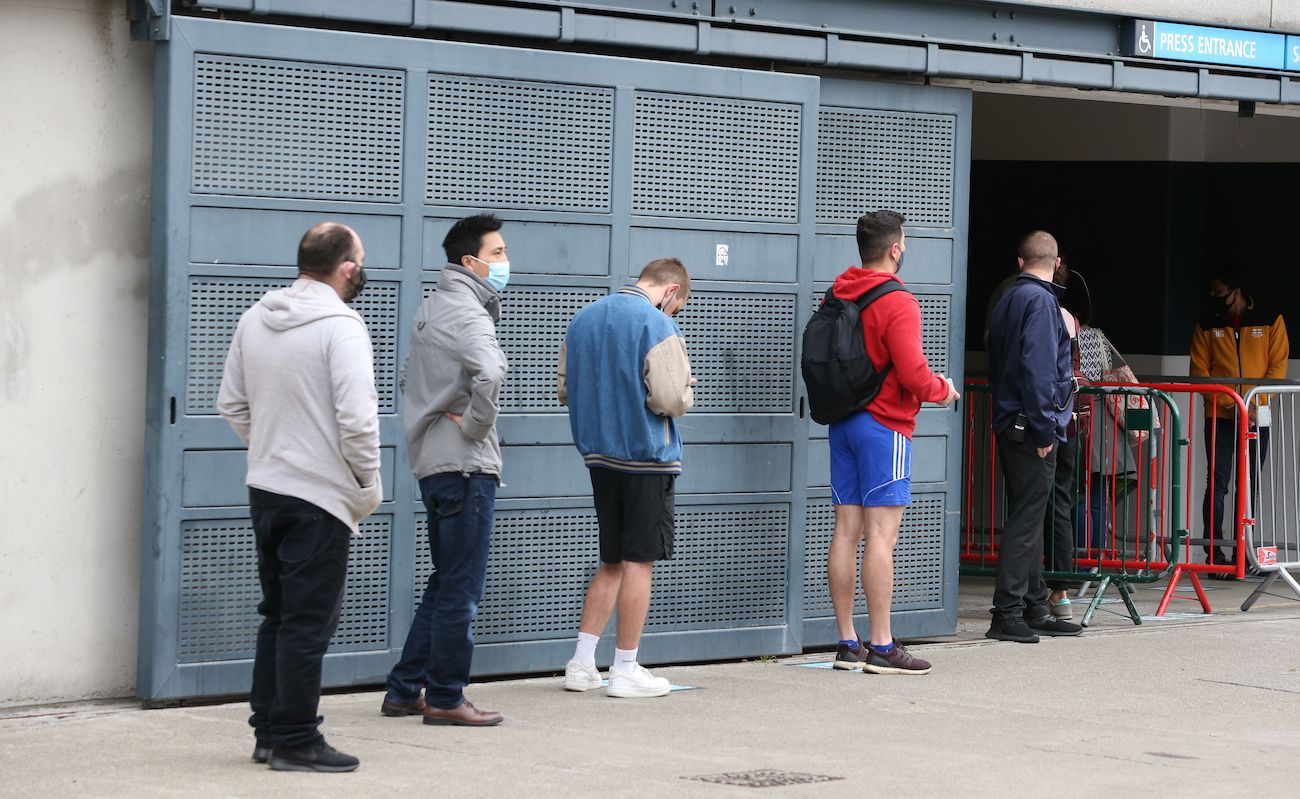 People queue for their vaccine appointments at Croke Park, in Dublin.

Vaccination has been by invitation and appointment at big centers in football stadiums, colleges, public buildings, etc. as well as in local doctor clinics and pharmacies.  People were called in as their age cohort was reached.  And the rollout and uptake has been a huge success thanks to the efficiency and hard work of our health workers and, most important, the total buy-in by the public.

With all the age groups now covered (although not yet fully completed), a new approach was launched last weekend.  Forty walk-in centers were open around the country where anyone over 16 could get the jab without the need for an appointment.

The response to this was extraordinary, with young people forming long lines outside some of the centers from 6 a.m.  The country's Chief Medical Officer Tony Holohan praised them for doing so even though the young are at much lower risk of serious illness from Covid.

"Today we have seen how solidarity continues to be the hallmark of our response with young people across the country lining up to get vaccinated both to protect themselves and to play their part in protecting the community," he said.

Holohan described the vaccine uptake here across the age groups as "incredible" and said this is leading us to a "turning point."  The head of the Health Service, Paul Reid, said that "after just seven months of the vaccination program, we're on the final countdown to protect ourselves and to rebuild.”

Remaining restrictions here may be removed in the coming weeks given the extent of vaccination in the country, Holohan said, if progress is maintained.  Both he and other health experts have been reluctant to put a figure on the percentage we need to reach to have population (or herd) immunity. 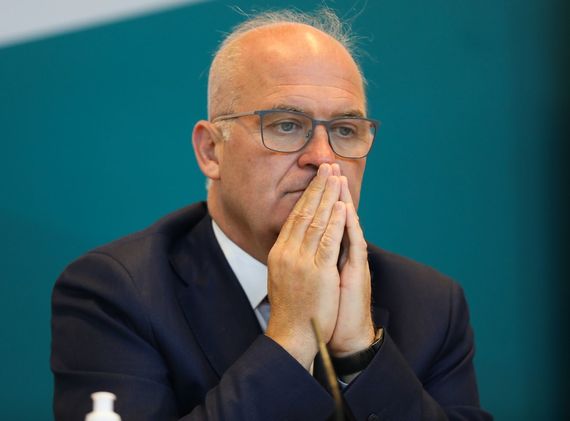 It used to be put at around 70 percent, but that was before the arrival of the highly transmissible Delta variant.  That magic number could now be up to 90 percent, but as we said we are well on the way to reaching even that high figure.

The total number of Covid cases here since the pandemic began passed 300,000 at the weekend.   That number includes all those who tested positive but had only mild symptoms and did not require hospital care.

The speed of the recent increase has not been alarming so far despite the Delta variant and, most importantly, hospital and ICU admissions are still low in comparison with the peak last year.

There is no doubt that this low level of serious illness despite the recent increase in cases due to the Delta variant is down to the extent of vaccination in the country.  People are protected because they are vaccinated.

Because of this some restrictions have been lifted recently, although masks are still required in supermarkets and shops.  But the general mood here last week was of a gradual return to normality even if there is no room for complacency with the Delta variant around.

Last week also saw the return of indoor drinking and dining in bars and restaurants for everyone who has been vaccinated or has had the virus and recovered and therefore has some immunity.   But despite all this good news there was still a noticeable level of caution here last week.

Many people are still wearing masks in public.  Many choose to sit at outside tables at bars and restaurants even though they can go inside, and they say they intend to go on doing this at least until the summer is over. 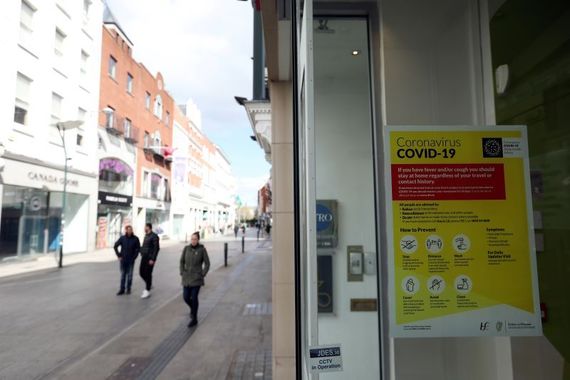 There has also been a reluctance on the part of some bar and restaurant owners to fully reopen.  Everyone who has been vaccinated is supposed to have a vaccine passport on their phone or a vaccination card from their doctor or pharmacist or vaccination center.  The rule is that the bar/restaurant staff must check this before customers are allowed inside.

But there are problems because there have been delays in getting out these digital passports and arguments at the doors of some bars and restaurants as a result.  Rather than deal with this and do all the checking that is required, some owners prefer to stay closed for the time being.  Others say they want to wait for a few weeks until they are absolutely sure there won't be a Delta wave leading to another lockdown.

Everyone who got the vaccine and supplied their cell phone number was supposed to get their digital passport sent to their phone automatically.  This has not happened for a lot of people, and call centers set up to deal with their queries were overwhelmed last week as a result.  Hopefully this will be corrected quickly and the glitches with the vaccine  passports on phones will be sorted out. 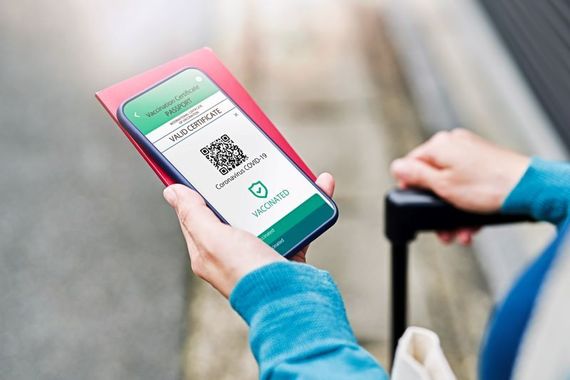 So the reopening is not perfect, but we are getting there.  And of course this "turning the corner" back towards normality is vital for the economy.

Already the debate is underway about how soon office staff can return instead of working from home. How many days a week should they go into the office?  Should only fully vaccinated workers be allowed to return?

The start of September is now being suggested, by government ministers and others, as the time when work and society in general here begins to return to normal.  Whether that will be a "new normal" or the "old normal" remains to be seen.

But whichever it is, most economists are predicting a massive boost for the Irish economy over the next few months as people begin to get out and spend the cash they have accumulated since the pandemic began.

One of the most interesting things in all of this is how much better Ireland is doing than the U.S. where several of the most important vaccines were developed.  Last weekend, as we said above, over 72 percent of people here had been fully vaccinated whereas in the U.S. the figure was just below 50 percent.

The reason is clear -- the outright opposition to the vaccine (and the vaccine hesitancy) that has been seen in parts of the U.S. has been absent here.  Almost everyone here wanted to get the jab as quickly as possible.