We Irish should all feel so proud of ourselves today and every day for that matter. 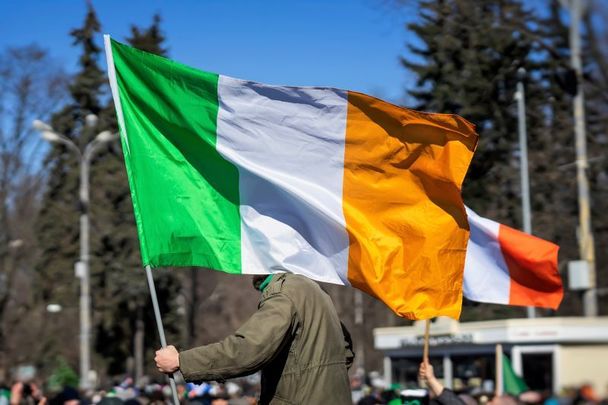 A long history of why the Irish should be proud. Getty Images

It is over a century now since the English bowed the knee and signed the truce which led to the creation of the Irish Free State on their colonial doorstep.

They were then the most powerful nation in the world in real terms, and dammit we have the right to be so proud that we were the first to throw them off our relatively penniless little island. It was a mighty achievement.

Yes, we did not entirely rid ourselves of our nearest neighbor. One small Ulster area remained, and still remains, under their rule to this day. That is because it was so heavily planted with Anglophiles, now again drumming out their Orange marching season as you read this piece, that it was entirely different to the rest of Ireland.

Indeed, and remember ye read this prediction here, it may well emerge sooner than many believe that there will be an Ireland united in real terms before we are much older.

There is much more to be proud of from our recent history. It is a fact that the fleets of so-called coffin ships driven by Famine and oppression from our shores quickly became much more than that.

Most of them were bound for the U.S., as we know, and others to England. Very quickly, though they arrived in Ellis Island beneath myriad signs stating No Irish Need Apply, they truly became golden galleons infusing the American and English economies with new life, energy, enterprise, and imagination.

The evidence of that achievement is everywhere today both in the U.S. and the U.K. Indeed we have good reason to be proud of ourselves as a race.

One English example of the width and depth of the achievements of the Irish immigrants of that era was captured by a scholarly study of the modern U.K. Rich List last week. Many of the hardy Irish who began their English work experience by digging drains and tunnels are now multi-millionaires because they established many of England's largest and most prosperous construction companies through their descendants.

That list goes on and on and it is poignant that many of those Irish millionaires, though operating on a European scale, have ensured that they have offices and staff back home in the counties from which their starving ancestors departed. Another reason for us to be proud.

Over there in the New World from which those No Irish Need Apply signs have long been banished, ye know infinitely more about the impact of the Irish immigrants at every level of society than I do.

It is heartening that President Biden is so proud of his Irish roots, and maybe even more so that President Obama went to great efforts in his time in office to establish he has green blood in his veins. On a personal note, I'm glad that a certain Trump has not tried to go down the same road!

Clear evidence of the power of the Irish in American life is created by the abundance of Irish Christian names and surnames in every sector of life and living. It is virtually impossible to avoid them.

My dear mother was a Bannon, for example, and I'm a MacConnell -- both names, like many other Irish ones, deeply involved in events in and around the White House. Again the list is endless and another reason all of us should feel so proud of the achievements of those from a brave little island that was the first in the world to eject John Bull and create an Irish Free State.

Let's raise our glasses to them all!