The idea that a major media company actually has to justify its publication of a memoir by a former vice president is nearly as lame as, well, most of what Mike Pence is shoveling these days. 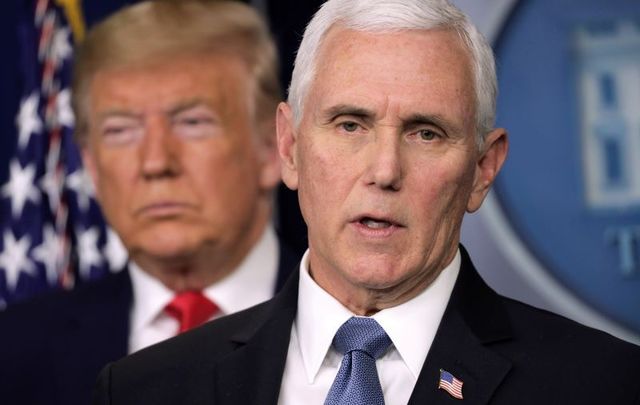 With “friends” like this, former Vice President Mike Pence better watch his back.

"I only wish that my friend, Mike Pence, had that additional courage to send the results back to the legislatures, because it all happened so quickly," Donald Trump told the audience at a Turning Point USA conference last weekend.

The mere mention of Pence’s name, of course, drew boos from the crowd. But at least no one chanted “Hang Mike Pence,” so there’s that.

It has been six months now since the angry and delusional gathered in Washington and stormed the Capitol building. The New York Times and PBS’ Frontline have done some excellent in-depth reporting on the events of January 6.

It remains an open question as to what the crowd would have done if they had actually gotten their hands on the vice president. In a perfect world, that is the kind of issue Pence would talk about in the memoir he is planning to write.

Of course, he is not likely to address this issue with anything like honesty. Pence has already been to New Hampshire and has 2024 on his mind. So the bizarre task he has in front of him is to try and win over at least some of the voters who proclaimed they wanted to hang him.

Meanwhile, there are many high-minded folks who believe Pence should address none of these issues, that his memoir should never see the light of day.

“The petition demands that the company refrain from publishing a memoir by former Vice President Mike Pence. The letter asks Simon & Schuster not to treat ‘the Trump administration as a ‘normal’ chapter in American history.’”

It boggles the mind to accept that there are smart people out there who believe that the only way to deal with a person with whom you disagree is to deny them a platform. But that’s where we are these days.

What might really have been interesting is if those same Simon & Schuster employees came up with a list of questions that Pence would be required to address in his memoir.

Sure, it’s a good bet that whatever they came up with, Pence would ultimately just blame it all on Biden. That’s the game he’s playing these days.

There was Pence in Iowa, CNN reported recently, “assailing President Joe Biden’s administration for unleashing ‘a tidal wave of left-wing policies that threaten to wipe out all the progress that we made’ in speeches that could preview his potential 2024 message.”

Still, the idea that a major media company actually has to justify its publication of a memoir by a former vice president is nearly as lame as, well, most of what Mike Pence is shoveling these days.

Much is made about Biden’s connection to the old sod, but it could be argued that, these days, Mike Pence is really a more typical Irish American. I would like to hear Pence address that with some honesty and candor.

How does Pence feel about the fact that his grandfather came to the U.S. in 1923, just one year before the door was essentially slammed shut, through the anti-immigrant Johnson Reed Act of 1924? Does he see any irony at all in wanting to build a wall in 2024 that may well have kept his own grandfather out of the country 100 years earlier?

I’d like to hear what Mike Pence thinks about that.