Pence should have testified in impeachment trial

Former President Trump’s acquittal came as no surprise, but one move might have changed the entire outcome of the trial. 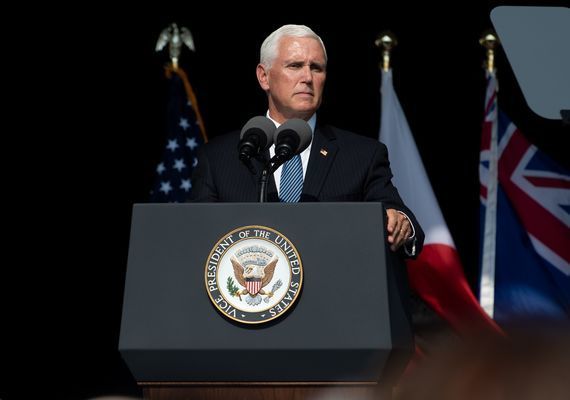 Amidst all the back-slapping and handshaking among the Democratic impeachment team for a job well done no one asked the most obvious question of all.

Why did they not call Mike Pence as a witness?.

If there was anyone capable of setting the wheels in motion of a successful impeachment it was Pence, the grandson of Irish immigrants.

On the last day, the impeachment had come down to just one question as impeachments usually do.

That question was “What did President Trump know about Mike Pence’s location in the Capitol Building where Mike Pence was hiding for his life when he tweeted out a hostile message about Pence to his rabble.?”

That message read: “Mike Pence didn’t have the courage to do what should have been done to protect our Country and our Constitution, giving States a chance to certify a corrected set of facts, not the fraudulent or inaccurate ones which they were asked to previously certify. The USA demands the truth!”

Did he know where his loyal to a fault VP was when he tweeted that and that Pence was in grave danger of his life as were his family members?

He had also been told minutes before by Senator Tommy Tuberville of Alabama that Pence had just been rushed away by the secret service and that he, Tuberville also had to flee for his life.

With a baying mob outside, with a scaffold built to hang him with the rioters chanting” hang Mike Pence,” Donald Trump inflamed the insurgents further by whipping up hatred of Pence because he did his duty as per the constitution.

He was prepared to see his Vice President led to the gallows rather than give up power. Think about that for a minute. What crazy and diseased mind would conjure up that scenario,

Even Trump supporters in the Senate would surely have been shamed enough to vote to convict Trump if they knew Trump was ready to let Pence swing in order to keep in power. As it was they were allowed to slither away, making lame excuses and huffing and puffing when the fight was over like Senator Mitch McConnell

Pence testified to those terrible few minutes when the mob came within 100 feet of him and his family would have been a barn burner. The video of Pence and his clan racing down a flight of steps to escape tells its own dramatic story.

Yet, surprisingly, when it was announced at the impeachment trial that witnesses would be allowed the call to Pence to direct him to testify never came.

Pence is not a liar or a bomb-thrower or a man given to psychotic episodes like this boss.

He would have testified honestly, under oath, about what happened that dreadful afternoon, testified to the fact that Trump put his life in danger, that Trump not once inquired about his safety, that Trump refused to speak to him for five days because he upheld the constitution.

It would have been devastating testimony but somehow the Democrats balked at calling him.

As a result, Trump is going nowhere and America’s gaping wound will continue to linger.

In the clear light of day Pence giving testimony would have made all the difference.