"The sad fact is, you can’t abolish ignorance, and trying to do so only makes you look like a smarty-pants know-it-all. Which is bad enough." 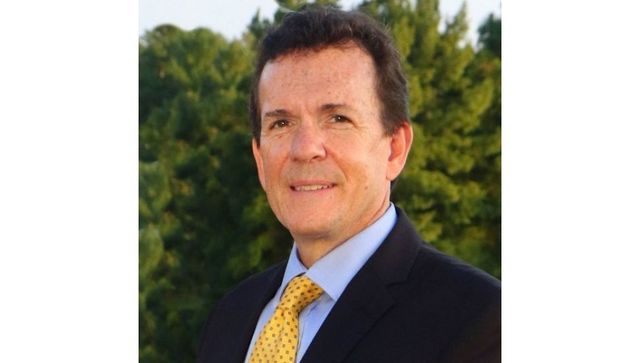 What is more scary? The fact that an immigrant from Tuam named Declan O’Scanlon Sr., who is a medical doctor, had a son who recently asserted “we have crushed Covid,” while also questioning certain vaccine proposals?

Or that such questions actually got New Jersey State Senator Declan O’Scanlon Jr. banned from Twitter? Thank heavens the ban only lasted 12 hours.

"That that tweet somehow triggered an algorithm, or worse some hyper-sensitive Twitter employee with an agenda...is outrageous,” roared O’Scanlon, who is a Republican, and so has become accustomed to speaking as if hanging upon a cross.

But O’Scanlon was right to add, “Everyone on all sides of every social media debate should be scared by this outrageous overreach."

The problem is that crushing such “overreach” will be about as easy as crushing Covid.

Far too many folks are actually bellowing for increased “overreach,” preferably of an even more “outrageous” variety.

This latest social media mess began when O’Scanlon tweeted, "Given that we have crushed Covid with a combination of natural immunity and voluntary uptake there is no reason anyone should be compelled to take the vaccine.”

That’s an optimistic take on things to say the least, since an equally compelling argument could be made that the Delta variant is on its way to making Americans, once again, the crushees.

O’Scanlon also seems to have mainly been questioning mandatory vaccinations. And linked his own post to another that, one could argue, was a tad biased.

Which would only make it similar to 99 percent of human thought ever committed to paper or pixels.

All of this came as President Joe Biden called out social media platforms such as Facebook for (in CNN’s words) “not doing enough to stop the spread of false information.”

Biden added, "The only pandemic we have is among the unvaccinated. And they're killing people."

Of course that’s true. Just as it’s also true that, these days, you could throw a pair of dice at two people and it’s a good bet they couldn’t agree on the number of black dots on each.

But by all means, kick all the mis-informers off of social media. What if they then spread their ignorance via email? Text? Phone?

Do you go after Big Tech for spreading those lies as well?

Do we storm Radio Shack and seize all the fax machines?

Maybe we should use the old BBC/Gerry Adams trick and have actors read potentially “inflammatory” posts?

In the end, one angry tweeter’s “misinformation” is another righteous Facebooker’s skeptical questioning.

The sad fact is, you can’t abolish ignorance, and trying to do so only makes you look like a smarty-pants know-it-all.  Which is bad enough.

But many of those calling on Facebook to eradicate ignorance are also, um, selective.

Perhaps you’ve noticed that some vaccine skeptics live in vast, empty, square states, and are typically identified as stupid, backward dopes who canoodle with their cousins.

This as other vaccine skeptics are treated to expensive, explanatory public service announcements.

And no “inflammatory” words have even been uttered at lefty rallies?

Such double standards are better than absurd debates over whose speech deserves to be heard and whose does not.

Especially when it's the popularity of certain ignorant posts that is much closer to the real problem here.

And by the way, recent converts to the cause of free speech have their own massive issues.

They weren't so anxious to defend all opinions when Eminem lyrics were under discussion. They were not interested in making the likes of George Carlin or Lenny Bruce into martyrs.

And last time I checked Facebook and Twitter are private companies and can do whatever they want! Maybe in 100 years they’ll actually figure out what that is.

You just have to live with that.

Or not. Just skip the vaccine.