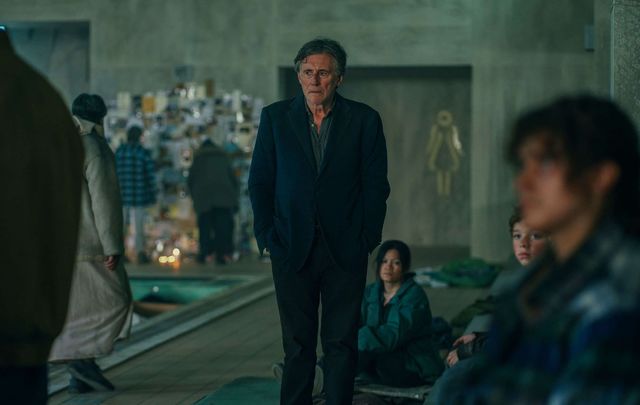 Gabriel Byrne in War of the Worlds. Epix

We've been sending out greetings to the universe since the late 1970's. Maybe we should stop that. In War Of The Worlds (now playing on Epix) one of those invites comes to the attention of some far away aliens of the decidedly hostile variety, with fateful consequences for the future of mankind.

Tense and pulse pounding (and co-staring Normal People's star Daisy Edgar Jones), War Of the Worlds is a masterclass in story telling that is guaranteed to make you binge watch the first two seasons from the moment you start.

But exactly how loose is this adaptation? Well there are no ten story high tripods from Mars firing death rays in this particular telling, instead there are some upgraded versions of those real life and creepy MIT like robot dogs, but this time ones that chase you fast as lighting and then pop nine inch nails into your skull, that is.

Episode one of this global attack show is so good that you won't be able to get up from the couch until you find out what happens next, trust me. That's the kind of enviable narrative force that sci-fi series can only dream of and this War Of The Worlds has it in spades from its opening scene.

Not to be confused with the entirely forgettable Tom Cruise film, or the the recent all too faithful and utterly dull BBC TV series, this latest War Of The Worlds has a modern, gritty and dare I say it black as pitch patina that makes it both believable and brutal in its depiction of the global invasion. It's scary as hell, as it should be.

Although season one of the series opened in 2019 before the global pandemic arrived, there is more than a hint of deja vu in all the deserted streets and the growing body count, echoing our own horrific end of the world experience. 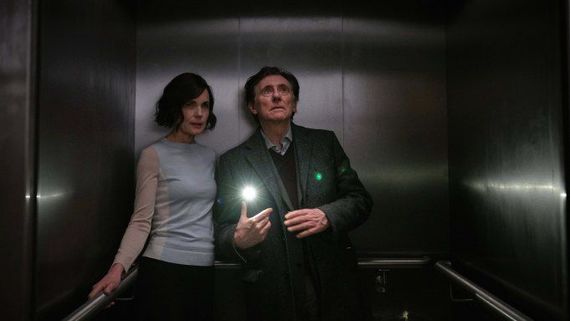 Byrne is ably supported onscreen by Daisy Edgar Jones, 23, the young breakout star of Normal People. This time Jones plays Emily Gresham, a blind young Londoner who gets swept up in events with her mother and brother after the alien attack.

Jones reminds us why she's become a star as the sensitive young woman who seems to have a growing telepathic connection to the alien invaders that keeps her and those around her alive whilst all others are hunted. In fact she she's so believable in the role that you'll be riveted to every chapter she appears in.

War Of The Worlds is a French British co-production (it's just been picked up for its third season) so the scale of the show is cinematic and the writing is often just superb. It moves along at an ideal rate and keeps the suspense level going for all eight episodes of season one and two.

Byrne, who has been off our screens for too long lately, reminds us why he's a go to actor for sweeping family dramas of this kind. As he struggles to protect his ex-wife and son from death at the hands of a merciless and relentless enemy, he wins our sympathy as a flawed but all too recognizably human man. 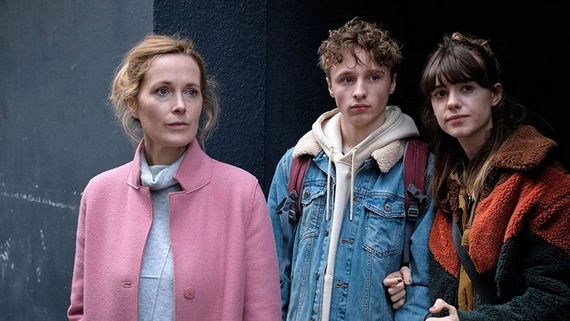 Daisy Edgar Jones (right) co-stars in War Of The Worlds

War Of The Worlds doesn't traffic in John Wayne gunslinging heroes, it's full of thorny, difficult, contradictory and sometimes selfish people who try to do their best when they can and cut corners when no one is looking.

Real people in other words, which is why the show is so powerful from the get go. People behave here the way they probably would if the world actually was ending,  they try to save themselves and their loved ones first and they try to avoid entanglement in others struggles whenever they can.

Not that this is some survival of the fittest hellscape in the style of The Hunger Games, the characters here do ultimately pull together, they just don't wrap themselves up in their national flags or give rousing speeches that ring hollow even as they're being spoken.

Because Byrne came to acting later in life at the age of 29, after stints at jobs as various as schoolteacher and bullfighter, he brings a weathered quality to his characters that is ideally suited to this hard as nails tale of vulnerable people fighting against unimaginable odds.

Byrne has faced some odds of his own, as his recent beautifully written memoir Walking With Ghosts reminds us. Like so many Irish people of his generation his response to the Irish stoicism of the 1960's was to push back with his own imagination.

That gesture led him toward acting which changed his life and led to a 40 year career on stage and screen. Throughout it, and rumored affairs with people as various as Madonna and Naomi Campbell, he has maintained his privacy and his dignity, which is an achievement in itself.

Onscreen in War Of The Worlds his struggles that makes us root for him, because here is a man who is doing his best to be the best version of himself, and who eventually comes clean when he falls short.

His ex-wife in the show is played by Downton Abbey's Elizabeth McGovern, and it's made clear by Byrne that he regrets his prior treatment of her and tense relationship it has led to.

Both of these actors play a kind of later in life Adam and Eve. After the fall of mankind they are left to figure out who, if anything, they will be to each other and what shape the path ahead of them will take. Complicating this is their ongoing search for their missing son, who may or may not have been killed in the initial invasion.

The brittleness and affection between this seen it all pair of old lovers is one of the most heart rending aspects of the show and worth the ticket price itself to watch unfold. I have to say I found it increasingly heart rending to watch two actors of this caliber inhabit a tale that exposes all the pain and betrayal between them, making for unforgettable scenes as the story progresses. 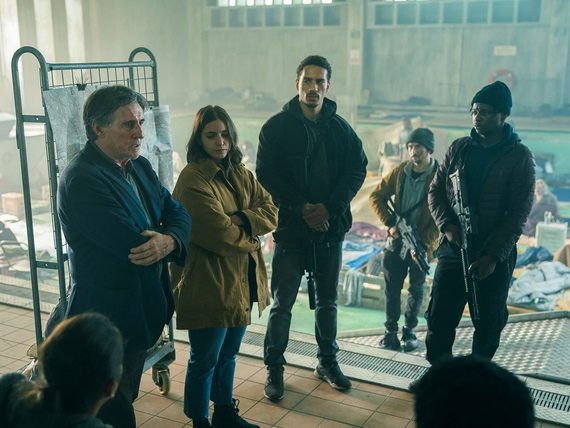 Gabriel Byrne in War Of The Worlds

Byrne reminds us why he has had such a celebrated film career and his emotional honesty makes this story sing. As the wily professor who is figuring out what makes the aliens tick, he's also central to the fight back that the story is always progressing to.

But don't forget, first and foremost this is a fantastically dramatic and entertaining tale, featuring a great script that is played pitch perfectly by a gifted international cast. The first aim is to entertain you and hold your attention and it does this better than almost any other series I've seen on TV in the last decade. Tune in and you thank me later.

War Of The Worlds is now playing on Epix and Amazon Prime.