The new leaders of the unionist parties in Northern Ireland will have choices to make whether to resolve or to deepen the crisis. 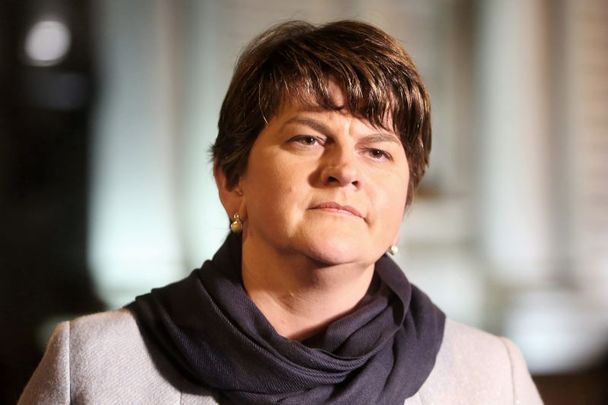 Arlene Foster, who recently announced her resignation as head of the DUP and as First Minister of Northern Ireland, pictured here in 2016. RollingNews.ie

Unionism is leaderless. The leaders of the two largest Unionist parties have resigned. The Democratic Unionist Party (DUP), the largest unionist party and joint head of government in the North, will conclude their leadership contest on Friday, May 14.

To quote Oscar Wilde, “To lose one is unfortunate, to lose both looks like carelessness.”  So what is going on within unionism?

Simply put, the rotten foundations of the northern state are crumbling.

One hundred years ago, the six counties were carved out in a sectarian headcount to ensure a perpetual unionist majority. Today, unionism is a minority in the Northern Assembly.

Brexit has taught a new generation of unionist leaders that a British government cannot be trusted. The Tory Party in London may wave the same flag as unionists but they march to a different tune. The English nationalism of Boris Johnson cares little for Ulster unionism. 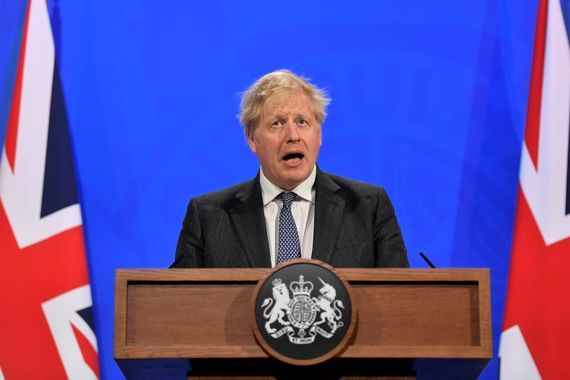 Some years ago, I was involved in meetings with representatives of the African National Congress (ANC). One of our delegation lamented the fact that there was no unionist de Klerk figure to act as a partner in the peace process.

It was met with a gentle smile from one of the ANC delegation who wished they had one as well. The simple fact, he reminded us, was that white South Africa and de Klerk took every possible action to avoid the imposition of democracy. De Klerk only moved when there was no other option. It was at that point the myth of de Klerk was born.

The Belfast of today is not like the South Africa of yesterday. The Good Friday Agreement provides for a democratic and peaceful pathway to resolves political differences free from threat.

The agreement is facing a profound and determined challenge from elements of unionism. The DUP in 1998 walked out of the talks chaired by Senator George Mitchell, refused to sign up to the agreement, and campaigned against it.

Despite their objections, it was endorsed by the vast majority of people north and south. It became an international agreement. It endured. It delivered. It has been Americas' greatest foreign policy achievement for a generation.

The U.S., British and Irish governments, and the other parties, remained resolute: the Good Friday Agreement was the only way forward. 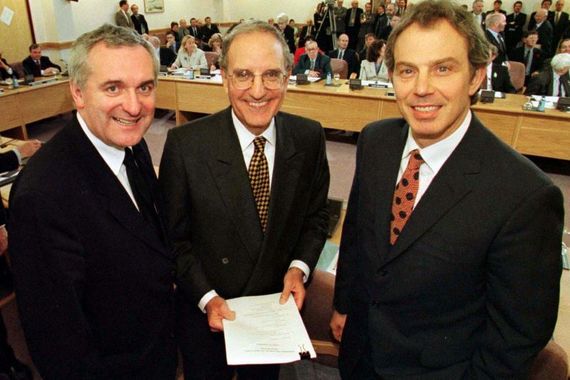 The DUP was left with no option. They entered the institutions they opposed, a contradiction that they have never resolved.

There is a section of political unionism that never accepted the Good Friday Agreement. Some worked the system from within and some stayed outside.

Paramilitary unionism (loyalism) support for the agreement is conditional on the union with Britain being “safe.”

Since the signing of the agreement, loyalist organizations have continued to recruit, arm, and remain active and engaged in criminality. At differing times, they have withdrawn support for the agreement. The political parties aligned to paramilitaries have been rejected by the unionist communities.

Over the past number of weeks, unionists have been able to turn on and off the street violence. They have engaged in protests in unionist heartlands. 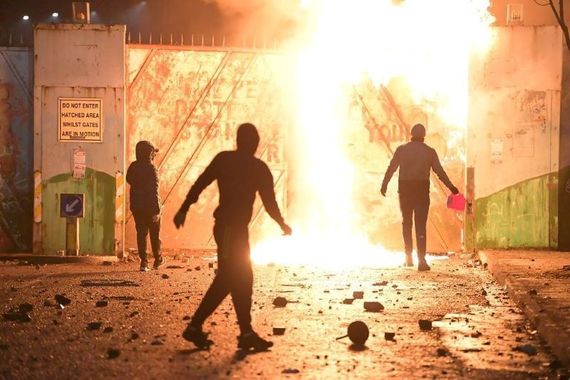 April 7, 2021: Clashes at the Peace Gate at the Springfield Road/Lanark Way interface in Belfast. (Getty Images)

The actions and threats of loyalist organizations put truth to the lie that their actions are reactive to Irish republicans' actions. These groups are opposed to democratic change.

Currently, the leaders of political and paramilitary unionism share the same platform.

The new leaders of the unionist parties will have choices to make whether to resolve or to deepen the crisis. Continuing to make unachievable demands and drawing lines in the sand is not leadership. It is a recipe for further chaos.

Calling people onto the streets and collapsing political Institutions will not end the Brexit Irish Protocol or restore a unionist majority that is gone.

The operation of the government in the North is a power-sharing partnership between equal parties. Refusing to honor agreements undermines the political process.

All Ireland working is an essential requirement and not an optional extra.

Irish unity or continued partition is the simple democratic choice of the people. The outcome is neither preordained nor subject to a unionist veto.

This is the reality for unionism in 2021.

The U.S. is not a spectator in this process. The challenge to the agreements must be met.

The primacy of politics and democracy must be asserted over the threats of violence. Agreements made must be honored.

The Good Friday Agreement, peace, and democracy are the only way forward.

A new leader of unionism cannot undo the agreements or turn back time. The Irish Protocol will remain as the outworking of Brexit.

The rights of Irish speakers will be recognized in legislation. The cover-up of the actions of the British military will be exposed. The Good Friday Agreement will endure.

A change in leaders does not mean a change in leadership. Whoever emerges as leaders of the unionist parties may try to stall the progress, create havoc and crisis, but they will have to return to the fundamental democratic principles and peace.

The Good Friday Agreement is not the problem. It is the solution.

The leaders of unionism have a choice to make -- rally against democracy and the agreements, or commit to the process as an equal partner in managing a society in transition.

We are not living in a Beckett play, waiting for Godot or de Klerk. The U.S. is not a spectator.

The progress that we have taken for granted faces a significant challenge from a British government and a section of political and paramilitary unionism. The U.S. can meet those challenges head on.

Democracy is the only way forward, agreements made must be honored and the political process cannot be derailed by threats.

(Ciaran Quinn is the U.S. representative for Sinn Féin)

This column first appeared in the May 12 edition of the Irish Voice newspaper, sister publication to IrishCentral.