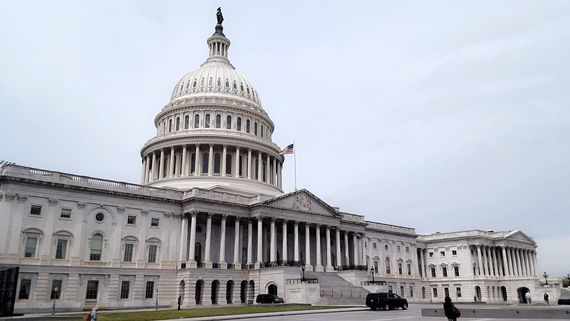 The House Foreign Affairs Subcommittee on Europe, Energy, the Environment and Cyber will host a hearing reaffirming U.S. support for the Good Friday Agreement, today May 5, 2021, in Washington, DC.

The discussion will focus on the longstanding impact and importance of the Good Friday Agreement, the need for community engagement and diverse representation in politics, and the recent rise of violence in Northern Ireland sparked by the implementation of economic agreements related to Brexit.

The Ancient Order of Hibernians (AOH), the largest Irish American organization in the United States. has written to Congressman William Keating who Foreign Affairs Subcommittee will be holding the hearing.

The letter states: "The Good Friday Agreement (GFA) is a seminal triumph in the history of diplomacy, reaffirming that peaceful negotiation can prevail no matter how long or bitter the conflict. It is a beacon of hope that shines beyond the shores of Ireland to other nations still mired in the morass of sectarian strife. It has allowed a generation to grow up in a peace that was unimagined before the GFA was signed. The U.S. can take just pride in its role in helping to facilitate the agreement, reaffirming itself as a leader in the cause of peace. As Americans, we can not see that legacy tarnished, or the chance for a lasting peace squandered...

"The Good Friday Agreement has stood as a breakwater against this rising tide of violence and invective. However, we cannot be complacent. We must acknowledge that the stones of that breakwater have never been properly cemented by the full implementation of the GFA by the British Government. In addition to failing to bring forth the committed support for the Irish language, two decades on, there is still no promised bill of rights for the people of Northern Ireland. Most egregiously, the U.K. government has consistently dissembled and prevaricated on dealing with its role in the legacy issues of the Northern Ireland Conflict. The north of Ireland can not move forward shackled to the far too numerous ghosts of the past crying for justice. Rather than cementing the agreement, recent attempts by the British Government to shield the activities of their agents and proxies in Northern Ireland during the conflict threaten to undermine its foundation by creating a specially protected class in contradiction to all civilized norms of law.

"At this time of volatility and uncertainty in Northern Ireland, we must recommit to the complete implementation of the Good Friday Agreement. History shows that peace in Ireland only advances when the United States signals it is a U.S. priority. The United States must send such a signal now. We respectfully ask Congressman Keating that your subcommittee send a recommendation to the President calling for the appointment of a Special Envoy to Northern Ireland who can finish the noble work Senator Mitchell started nearly a quarter-century ago."

The hearing will be available live on the Foreign Affairs Committee website.