The TIME100: The Most Influential People list for 2022 features Sally Rooney and Joe Biden amongst this year's Titans and Leaders. 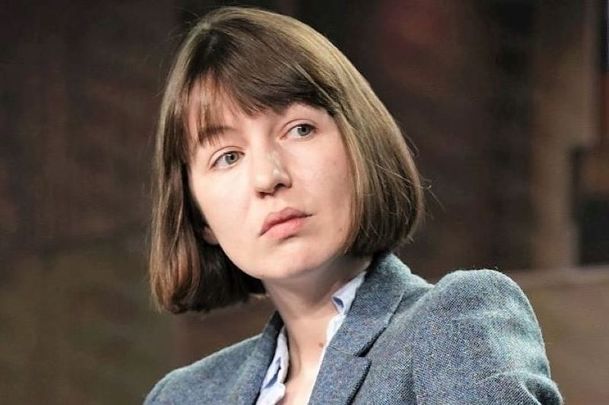 Irish author Sally Rooney and US President Joe Biden have been included in TIME Magazine's 100 Most Influential People list for 2022.

Rooney, from Co Mayo, is in great company amongst the “Titans” portion of the annual feature from Time Magazine which also includes Oprah Winfrey, Tim Cook, and US Women’s National Soccer Team athletes Megan Rapinoe, Becky Sauerbrunn, and Alex Morgan.

Rooney's inclusion on the list comes three years after she was named to the TIME100 Next list.

This time around, Rooney was profiled by American actor, author, director, and series creator Lena Dunham who wrote: “Several times in a generation, there is a writer who speaks such basic truths—in such skillful prose—that they become a signpost for all our needs and concerns, all our unanswered questions and anxious dreams.

“When she published 'Conversations With Friends,' Sally Rooney became that person, and her second novel, 'Normal People,' cemented her role as the minimalist examiner of modern romance."

Dunham added: "It’s an uncomfortable thing to be generationally anointed (something about which I have some knowledge), but Rooney has proven herself immune to the mounting pressures: 'Beautiful World, Where Are You' goes meta, grappling with philosophical questions around success, the disconnection of the internet age, and the complexity of adult friendships.

"Her ability to swerve means she won’t just be the hottest young novelist of the year—she will be a permanent fixture, not just as a hardback in the hands of appealing youth but as a critic in the collective conscience.”

The adaptation of Rooney's "Conversations with Friends" recently arrived on the streaming platform Hulu, just about two years after the adaptation of her novel "Normal People" became an instant hit.

“Her ability to swerve means she won’t just be the hottest young novelist of the year—she will be a permanent fixture" #TIME100 https://t.co/2nxVFEdwKF

Elsewhere on the TIME 100 list, US President Joe Biden has been included in the “Leaders” group. He joins US House Minority Leader and fellow Irish American Kevin McCarthy, as well as international figures Volodymyr Zelensky, Ursula von der Leyen, and Vladimir Putin.

Biden was profiled by former US President Bill Clinton, who wrote: “In his first 16 months as President, Joe Biden has done exactly what he said he would do if elected—help America overcome an unprecedented pandemic, rebuild a battered economy from the bottom up and middle out so that it works for all of us, and restore our standing in the world."

Clinton added: “On the global stage, President Biden has unified our democratic allies across Europe and around the world to isolate Russia and provide military and humanitarian assistance to the brave people of Ukraine, while restoring U.S. leadership on key issues including climate change, democracy, and human rights.

“We still face stern tasks, including taming inflation without causing a recession, and combatting violent crime. The usual sound bites and answers that dominate the news won’t help. But a get-the-job-done leader who cares more about the people than the polls, more about winning the future than rewriting history, will. That’s who Joe Biden is. And why I’m glad he’s on the job."

.@BillClinton on @JoeBiden: "On the global stage, President Biden has unified our democratic allies across Europe and around the world to isolate Russia and provide military and humanitarian assistance to the brave people of Ukraine" #TIME100 https://t.co/YzpOg8Gwyo