Will Joe Biden run for a second term in the White House?

"I believe the idea of an 86-year-old president, which is what Biden would be at the end of a second term, is not what Americans wish to see." 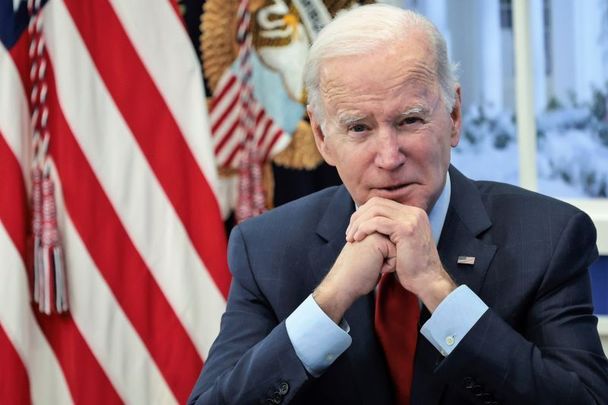 A great debate has kicked off in America as to whether President Joe Biden should run again in 2024. My feeling is he won’t.

A recent article by New York Times columnist Brett Stephens set the fire aflame. He suggested Biden announce as soon as possible that he will not run in 2024 when he will be 82.

In response, Biden was quite truthful, saying he would run but unforeseen events such as his health situation could change that.

I believe the idea of an 86-year-old president, which is what Biden would be at the end of a second term, is not what Americans wish to see.

Stephens noted, “From some of his public appearances, Biden seems…uneven. Often cogent, but sometimes alarmingly incoherent. What’s the reason? I have no idea.”

That is not exactly the best framework to build a run for a second term around.

Stephens also argued that if Biden leaves his decision too late, Vice President Kamala Harris will be the default candidate and she has the worst ratings of any VP in history at just 28 percent approval. Between a big staff turnaround and failing to handle portfolios Biden gave her such as immigration, she has been a grave disappointment.

Stephens described her in devastating fashion as “lighter than air.” She is the puzzle piece of this administration so far given her poor performance despite exceptional promise.

By leaving his choice late, Stephens wrote, Biden will block several candidates from within his own administration, such as Transportation Secretary Pete Buttigieg, from setting up a proper campaign apparatus. If you haven't seen the current Amazon Prime documentary on Mayor Pete I strongly recommend you do. There is no sharper knife in the American political drawer.

There is another reason Stephens highlighted, perhaps the most important one. It is that the personal burden may be too heavy for another Biden run.

The president is still enormously impacted by the death of his son Beau and the reckless behavior of his other son Hunter who gets into more scrapes than a bad hombre in a dime western novel.

Then there is his daughter, Ashley, 40, who is a recovering drug addict arrested in the past for drug use and drunk driving.

All of the right-wing fulminations about Hunter and, lately, Ashley are hurting Biden.

No president in history has brought such tragedy with him to the White House, and none has handled tragedy as well as Joe Biden.

He is always ready to reach out to those who have lost a loved one. Last month, he insisted on flying to ruby red western Kentucky to empathize with tornado victims.

It's not all down to President Biden. If there has been a success story in the Biden White House it has been his wife Jill, who is everything Melania Trump (which woman do you think would know the price of a loaf of bread?) was not.

Her importance to the president both as wife and politician in her own right cannot be underestimated.

Unlike Michelle Obama who blossomed in front of huge crowds, the bigger the better, Jill Biden is far more effective among small groups and intimate settings.

"Jill was the most effective messenger for Joe Biden and his campaign knew that," a former Biden campaign official told CNN. "There was a reason why she did three to four solo events a day in those early contests...and in the general election."

Theirs is an enduring marriage forged in the fire of great loss, then sustained by political redemption when Biden looked down and out in several campaigns before his unlikely victory in winning the White House. 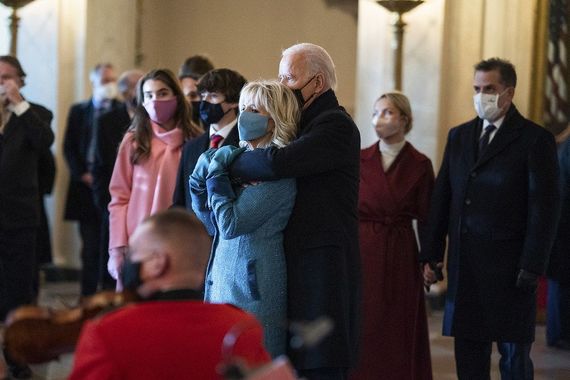 We should also not overlook that Biden has shown the ability to beat Donald Trump, no small feat, and suburban women will certainly turn towards him if Roe v Wade is effectively overturned. Biden’s handling of the pandemic and its many devastating sweeps across America will also prove the measure of the man.

But the downside of being 86 years old ending his second term is a clear negative. Biden would be nine years older than Ronald Reagan, who at 77 was the oldest president when he left office (he was later diagnosed with Alzheimer’s).

Whatever path the president takes, Jill Biden, nine years younger, will have a major say. I believe the smart money should be on him stepping down after one term.

If the Bidens decide it’s time to retire you can be sure they will handle the timing with grace and aplomb like everything else they manage. That is vital.