Media misreading election results as Biden only getting started

Terry McAuliffe's defeat in the Virginia gubernatorial election has sparked premature predictions of the demise of the Democrat Party. 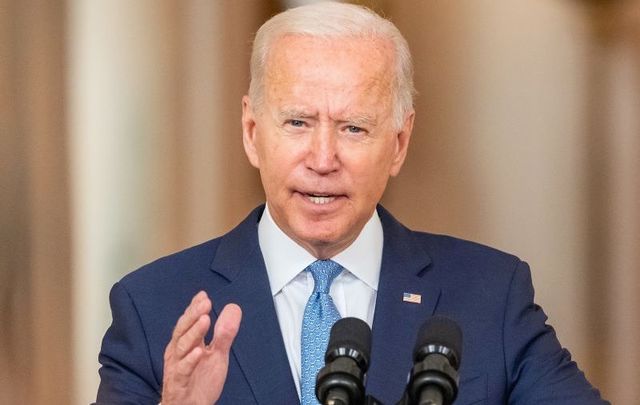 Watching the hyperventilating in the media on the imminent demise of the Biden presidency after the Virginia governorship election went to GOP candidate Glenn Youngkin last Tuesday, we wonder if the media has lost its marbles and any sense of perspective.

History clearly shows, irrespective of party, that the party in possession of the White House loses the Virginia governor’s race the following year. Only Democratic candidate Terry McAuliffe himself bucked that trend when he won his term as governor in 2014 when Barack Obama was president.

By the midterms next year the story will be dramatically different. The pandemic may well be in full retreat and the atmosphere remarkably more hopeful.

Things change. Indeed, one might argue, if Virginia had been a week later after President Biden got his huge infrastructure legislation through Congress and very favorable employment figures were published, the ball might have bounced a different way.

This time around McAuliffe, who fancied himself as a White House contender in 2024 if Biden retired, ran a poor campaign, utterly failing to identify the schools issue as the vital one. But he still only lost by two points.

Indeed, polls before the election showed the race tight as a tic with Youngkin closing fast, and so it proved to be.

If there was anyone more upset by the result than McAuliffe it was likely Donald Trump given the fact that Youngkin ran as far away from him as he could and never even mentioned him in his victory speech.

Youngkin also stood out in another way, as his own man, unlike the Trump wannabes like Senators Ted Cruz and Josh Hawley who try to deliver a “me too” passable imitation of Trumpism but fail miserably.

Also, there is a reason undecided voters are known as swing voters. It should never be a surprise that they chop and change their support depending on the election.

Youngkin pushed Trump to the side strongly enough that the suburban swing voters moved back to him. Opinion polls in Virginia continued to show Trump’s popularity in the tank.

What will happen in a year’s time when candidates in key swing states will be unable to avoid the Trump presence in their races? The former president’s ego is such that he will be endorsing candidates all over the country in Senate and House races which will prove deeply damaging to many of them who need moderate votes.

Continuously forgotten is that under Trump the GOP lost the White House, the House and the Senate.

So let’s not write off the Democratic Party just yet. Let’s ignore the wails of woe from the pundits forever fixated on fueling conflict.  Biden has more than enough time to build back better.

Of course, it would have helped remarkably if the AOC “progressive” wing of the Democratic Party had set aside its utopian ideals of everything for everybody who asked but, like the far right, they cannot hide themselves from reality it seems.

Contrary to media musings Biden is far from a busted flush and may well, like many presidents after their first year, just be hitting his stride. A year is a very long time indeed in politics.

*This editorial first appeared in the November 10 edition of the weekly Irish Voice newspaper, sister publication to IrishCentral.