Biden must appoint US envoy on Brexit crisis ASAP

George Mitchell was a key player in the creation of the Good Friday Agreement; now another US envoy is needed to help solve the Brexit protocol crisis. 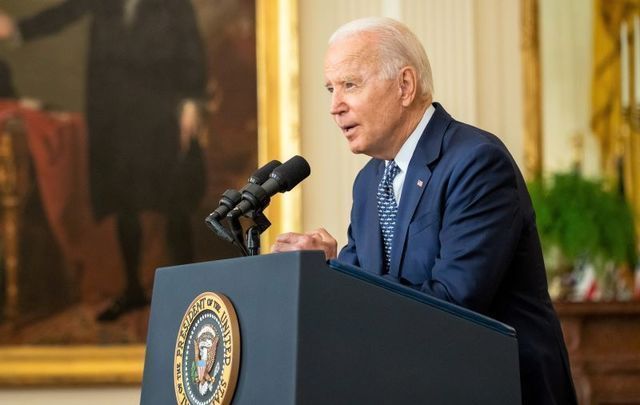 The bad news on Brexit is Boris Johnson is making clear his determination to destroy the Protocol document, which currently allows Northern Ireland to operate within both EU and UK membership which has averted a full-blown crisis.

The alternative if the Protocol is abandoned is a return to a manned Irish border, utterly unacceptable to the Irish people and government and Irish America.

The absurdity of Brexit in the first place is already becoming obvious with massive problems in Britain, a bitter stand-off with the European Union, and a real possibility that the Protocol abandonment will endanger Northern Ireland peace.

Thus the destructive role of English nationalism, as exhibited by Johnson and his acolytes, has resulted in a major crisis with no obvious exit in sight.

The absurdity of it all is that the  Protocol was negotiated by Johnson and his jolly old colleagues who are now screaming loudest that the Protocol means the end of the empire.

Meanwhile, the Ulster unionists led by Jeffrey Donaldson who were also in favor of everything before they were against it are becoming more extreme by the day, now threatening to abandon the Good Friday Agreement.

Of course, underpinning the unionist insecurity is the realization that in the great game of the future of Northern Ireland they are about to lose out on demographic figures alone and they are now proceeding to try and destroy the Protocol to counter that reality even though it is enormously helping them economically.

It is good to note that the Irish government, especially foreign minister Simon Coveney, have been true to their lodestar conviction that the protocol can only be changed by agreement by all parties who negotiated it to do so.

There is one voice that has been missing however from the table of these negotiations and that is the United States.

Back in 1995, Bill Clinton had the courage and foresight to appoint Senator George Mitchell as economic envoy to Ireland, in effect a peace envoy, and Mitchell played a massive role in achieving the Good Friday Agreement. That agreement is the underpinning of peace in the North for the past 23 years and the basis of all political thought and direction and will be for generations.

President Biden has an Irish soul and has already made clear his concern about how the Protocol principles are being handled by the British.

But he is a busy man as is his National Security Advisor Jake Sullivan, an old Irish hand under Hillary Clinton but absent from this battle.

It was noticeable how both held a meeting with the US Special Envoy to Bosnia last week when they were in Glasgow. That benighted part of the world may be in trouble again and it is directly in need of US oversight. Consider the following report and insert  Ireland for Bosnia and Herzegovina and Northern Ireland and Britain for Croatia and Serbia.

“Washington has sent a special envoy to Bosnia and Herzegovina to help with a long-delayed electoral and constitutional reform in the Balkan country, against the backdrop of heightened tensions among its Bosniaks, Croats and Serbs."

Palmer was quoted as saying: “Ahead of his trip to Sarajevo, Matthew A. Palmer, US State Department’s special envoy for electoral reform in BiH, spoke to several journalists in Croatia, including EURACTIV (whose report this is from) “How strongly will I push? Pretty strongly. I am committed to doing everything I can and the US is committed to doing everything we can do,” Palmer said while explaining his ambition for the visit.

Bravo! But the US needs to have the same sense of urgency about Northern Ireland. Johnson has been ignoring Biden’s entreaties and doing nothing except advancing his ridiculous position.

A special envoy from the US is now needed as much as George Mitchell was in 1995. An American voice physically located at the table can make a massive difference as Mitchell proved. The time is now, there is no shortage of qualified candidates.