Trevor Ringland speaks about his new role, Brexit, and the Northern Ireland Protocol. 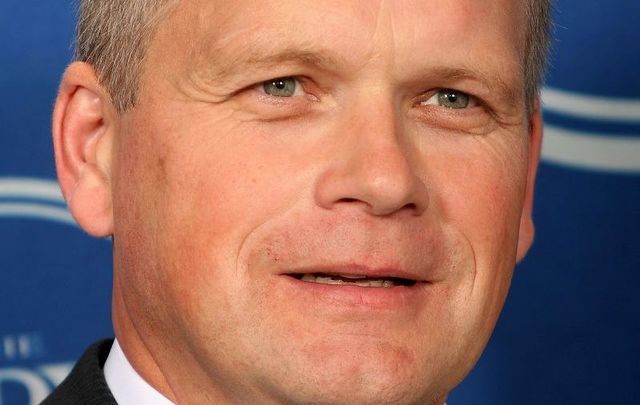 Trevor Ringland's post, announced by Northern Ireland Secretary Brandon Lewis, has the aim of strengthening ties between the UK and the US.

Ringland's appointment was warmly welcomed by the main Ulster Unionist parties, but the North's Deputy First Minister Michelle O'Neill has described it as “arrogant and disrespectful.”

IV: Because this is a newly created post, what are the specific duties of the job? What do you believe its parameters are? What is the role that you want to play?

TR: “I think the UK government recognizes that there's a good story going on in Northern Ireland, both at community level with people building the relationships you want to see in any successful society, dealing with the issues and the consequences of our past history, but over the last 20 years we've been building a society that has started to be more and more at peace with itself.” 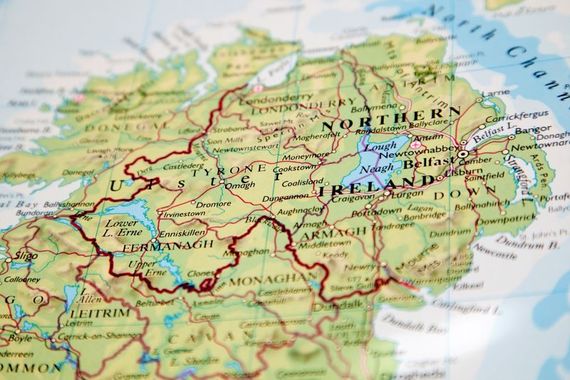 IV: As a British government appointee, your critics suggest you don't have a mandate to represent nationalists. They claim that the DUP has twenty-five percent of the vote, but are getting a hundred percent of his and the UK government's representation. They also say the UK government is making the old mistake of saying that the DUP's voice is the only voice. How do you respond to those criticisms?

"What I want is all the peoples of Northern Ireland to do well. I want it to be successful for the benefit of all the people of Northern Ireland. I played rugby for Ireland for two years. I was president of the Irish universities rugby union, which is an all Ireland body. And we bring the young people across our universities who are the leaders of tomorrow together. So through sports, we are trying to build a sort of relationships that we want across the island...”

“In the role, I'm answerable to the Secretary of State, and they want me to highlight the way that our society is moving on, and the success socially and economically of that society. And it's the framework of the Good Friday Agreement, that whatever your constitutional preference is, the way to pursue it is to make Northern Ireland work, socially and economically, and that creates a proper basis for going forward into the future. We build a sort of relationship between our young people in Northern Ireland. And then let those future generations determine what they want to do, whether they want to change the constitutional position, or they want to stay.”

IV: The DUP are not participating in the joint bodies, the north-south ministerial conferences, as a protest against the Northern Ireland Protocol. We can talk about cooperation between the north and south, but what's your take on that?

TR: “That's the political world and that's a matter for them to resolve. What I'm saying is that people need to recognize there are over 200 all-Ireland bodies that are working and that people are engaging with. So right across the island and those things are continuing whatever's happening with the politics...”

IV: But you're a political appointment too. You're talking as if politics is a thing unknown to you or as if you're punting away from it. Right now Britain's facing shortages in the shops thanks to Brexit, which ended free movement. There aren't enough truck drivers, there's no fruit pickers, there's not enough turkey pluckers, there's are fewer eldercare workers too. People don't want to work for the low-paying jobs. And it seems that the EU is becoming the scapegoats for all that. Having grown up there, you must understand the delicacy and the danger of the peace in Northern Ireland?

TR: “But there is no basis for the use of violence from whatever quarter. There's absolutely no basis for that. There are issues at the minutes and whether they're related to Brexit or they're related to just coming out of the pandemic, which is hovering over our society for the past few years, there's many reasons for the issues that we're having. But the key thing is that we will get through them and we will reconfigure the relationship with the European Union and the rest of Europe in a way that hopefully will be constructive for all of us.” 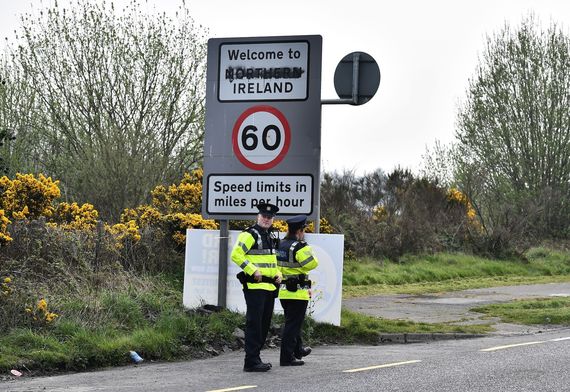 IV: The UK government signed up to the Protocol in 2019 over unionist objections. A signed international treaty doesn't become unsustainable because the UK government suddenly decides that unionist objections are now more important, particularly when they haven't put up any realistic alternatives themselves. So how do we thread this needle? You're saying that we will get through it, but how, how do you see us get through it?

IV: The economic benefits for Northern Ireland under the Protocol don't exist for the rest of the UK, because it presents Northern Ireland with an enviable access to EU markets. Do you think that fact will be part of the solution? Will hard-line unionists begin to understand the unique economic bonanza, if you will, of the protocol? Or will the squabble over issues of identity prevail in the end?

TR: “I think common sense and pragmatism will prevail in the end. It's about reconfiguring your relationship and common sense. Pragmatism will come through eventually. And the sooner that we can get to that outcome the better.”

IV: Companies on the ground in Northern Ireland have already made commercial arrangements to deliver within the Protocol. So are we halfway to the resolution already?

TR: “What I'm highlighting is that the Good Friday Agreement is working and it's steady. There will be bumps in the road but we have shown an ability and a resilience to get through those bumps in the road. And the structure of the agreement, which I campaigned for at the time, is actually working. We have relations across the island and the UK government is absolutely committed to the agreement.” 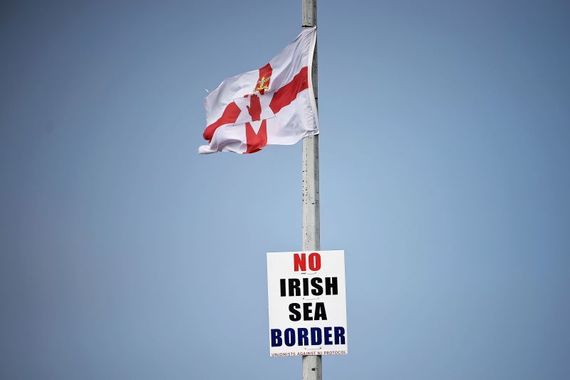 IV: The secretary of state suggested in September of last year that a proposed new Brexit bill would break international law. How do we get to the pragmatism that you're talking about when this kind of saber-rattling is going on? How do you represent Northern Ireland as a stable, mature democracy when some within the UK government seem to be playing a game of chicken with the lives and futures of everyone that lives there?

TR: “Are you accusing the UK government of playing a game of chicken?”

IV: I'm reiterating what the Secretary of State said. There is brinksmanship going on, which I think we can all agree on. You're saying we will get there. Pragmatism will continue, but like what is the solution to this?

TR: “Ultimately everybody wants everybody to do well over the European Union. You know, the trading between the European Union and the UK in Brussels and people want that to be resolved. We still are going to go on holiday to France and all the rest of it. And the, on the island of Ireland, we want to find a way through that too.

"The end game is actually about trying to get at something that works for everybody, which the people involved in those negotiations know. They know that they have to find a way of reconciling those issues.”