The bus hijacking in Newtownards, Co Down, which is being condemned by the PSNI and local politicians, is reportedly being linked to the UVF. 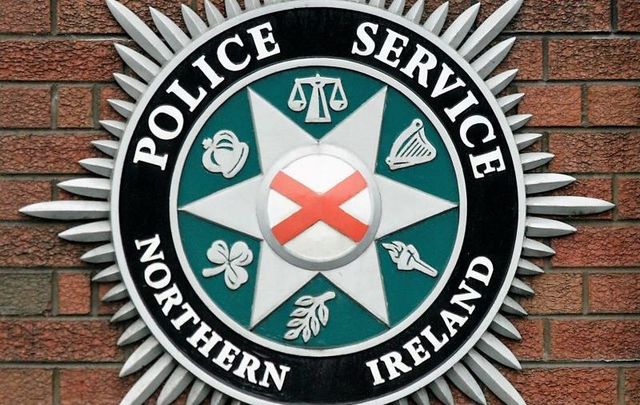 The Police Service of Northern Ireland (PSNI) has condemned the attack in Newtownards, Co Down and said it will be stepping up its visible neighborhood policing presence in this area in the coming days. RollingNews.ie

A bus in Northern Ireland was hijacked and set on fire by two armed and masked men in the early hours of Monday morning.

The incident took place at roughly 6:30 am in the Abbot Drive area of Newtownards, Co Down.

Two masked and armed men boarded the 7a Ulsterbus and doused it in fuel before setting it alight, according to the Police Service of Northern Ireland (PSNI).

The PSNI said that the driver escaped the bus unharmed but was left badly shaken by the incident. The bus was completely destroyed.

Chief Inspector Trevor Atkinson described the event as "appalling" and urged anyone with information to contact the police. He said the PSNI "will be stepping up our visible neighborhood policing presence in this area in the coming days."

Charred and smouldering remains of bus hijacked and burned in Newtownards this morning in apparent loyalist protest against Northern Ireland Protocol. @PA pic.twitter.com/XXzhcyjCKh

The incident is being linked to the loyalist paramilitary group Ulster Volunteer Force (UVF), according to The Belfast Telegraph.

The attack took place in a predominately unionist area of County Down on the day that Democratic Unionist Party (DUP) had promised to pull down the institutions at Stormont if major changes to the Protocol had not been implemented.

However, the DUP has not yet withdrawn ministers from the Executive and is insisting that progress is being made to dismantle the contentious Irish Sea border created by the Protocol.

Nichola Mallon, Northern Ireland's Infrastructure Minister, said that the masked men muttered "something about the Protocol" during the hijacking.

Mallon described the incident as "mindless" and called the perpetrators "cowards" in an interview with the BBC Nolan Show on Monday morning.

"Two masked men entered the bus, they held the driver, a male, at gunpoint, they said something about the protocol and they then proceeded to spray the inside of the bus with flammable liquid, they forced the bus driver off the bus and then they set it alight," Mallon told the Nolan Show.

"I do not know what these people thought they were setting out to achieve by putting at risk a bus driver just trying to do his job and attacking a bus that is there to transport people in the community. It is mindless."

We're live at the scene where a bus has been hijacked and set alight in Co Down on Monday morning. The incident happened in Abbot Drive area of Newtownards at approximately 6.30am @BelfastLive pic.twitter.com/SBnZpkpOwP

DUP leader Sir Jeffrey Donaldson condemned the attack and said that there is "never any justification" for masked gunmen on the streets of Northern Ireland.

"When I outlined DUP action on the protocol at the start of September, I indicated that action was needed within weeks. At that time the European Union was saying that fresh negotiations were impossible," Donaldson said.

"Since then, the EU have agreed to table fresh proposals and serious negotiations have reopened with the UK government."

There was never any justification for people with guns on our streets and damaging property - there never will be. Thuggery & terrorism will do nothing to remove the NI Protocol. Political action has secured progress and must be allowed to continue. Violence has no place in this. https://t.co/dHrPW7m1dL

Ulster Unionist leader Doug Beattie described the attack as "utterly disgraceful and depressing" in a tweet on Monday morning.

Utterly disgraceful, depressing and stupid actions of thugs and criminals.

In what way does this help address issues concerning the protocol, it simply hurts their own community. Wise up…… 😡 https://t.co/4i2FjrvFSg

The Northern Ireland Protocol was agreed upon during the Brexit Withdrawal Agreements to prevent a hard border on the island of Ireland and protect the Good Friday Agreement.

However, loyalist communities have strongly opposed the Protocol, claiming that it threatens Northern Ireland's position within the United Kingdom by creating a trade border down the Irish Sea.

Loyalist opposition to the Protocol was the source of violent riots that took place across several communities in Northern Ireland for more than a week in April.

Rioters also hijacked a bus and set it on fire at the junction of the Shankhill Road and Lanark Way during April's riots.