A single mother and her three young children have been forced to relocate from their new home in Cregagh, east Belfast after allegedly coming under threat by loyalists. 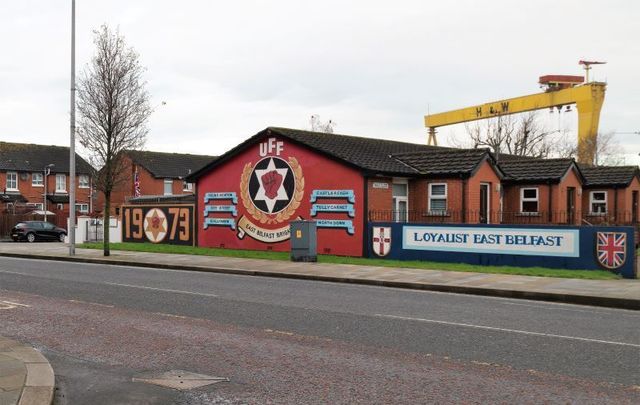 The PSNI is investigating the incident that has seen a single mother and her three children, all younger than 10, forced to relocate from their new home in an estate in Cregagh, east Belfast.

The woman, a native of West Belfast who has three young children, was told that the loyalist paramilitary groups UVF (Ulster Volunteer Force) and UDA (Ulster Defence Association) no longer wanted her on the Cregagh estate in east Belfast, according to The Belfast Telegraph.

The family had reportedly only moved into their new flat in Cregagh a few weeks before facing the alleged intimidation.

“Paramilitaries only want locals put into houses on the estate and they especially don’t want Catholics from west Belfast," a local source told The Belfast Telegraph.

PSNI Chief Inspector Wendy Pollock, responding to the reports, said: "Police are carrying out enquiries following a report of intimidation towards a family in east Belfast.

"It was reported to police on July 21st, that the family had been contacted by the NIHE [Northern Ireland Housing Executive] and informed of a threat being made towards them.

"Officers have been in contact with the family, the NIHE [Northern Ireland Housing Executive], and community representatives in relation to this report of intimidation."

Chief Inspector Pollock added: "The family have been left traumatised, and no longer feels safe in their own home and have been forced to relocate.

A spokesperson for the NIHE, which placed the woman and her children in the Cregagh estate, said: “We are aware of this case and we are assisting the family involved.

“In recent weeks, we have offered temporary accommodation to the family but this has been declined and they have chosen to make their own arrangements.

“They have requested single let, temporary accommodation in an area of very high demand and we will continue to provide them with advice and guidance on housing options in the days ahead.”

Local politicians have condemned the incident.

Social Democratic and Labour Party Belfast City Councillor Séamas de Faoite said: “I am sickened that a young mother and her children have been forced to leave their home following a campaign of intimidation.

“Everyone has the right to live in a society without fear of intimidation. The UVF, UDA, and those behind this threat offer nothing to people in the Cregagh or East Belfast."

He added: "23 years on from the [Good Friday] Agreement, it beggars belief that illegal paramilitary gangs still exist and are still intimidating people from their homes.

“It is beyond time that these gangs were disbanded. All political leaders must be committed to eradicating this blight on communities across Belfast. That must begin by refusing to give succour or legitimacy to those parading as their representatives.

“There is an onus on the PSNI and the statutory agencies to provide immediate and appropriate support to the family, and I will be following up with them to ensure that happens."

On Twitter, Councillor de Faoite said the UVF and UDA are "paramilitary scum."

Whilst Brandon Lewis and others are content with working with the LCC they lend legitimacy to paramilitary scum like the UVF and the UDA forcing a woman and her children out of their home in Lisnasharragh.

I will be seeking PSNI action and offering my support to this family. https://t.co/6meFCVbG9y

Alliance Councillors Michael Long and Eric Hanvey said they are disgusted by the reports.

“It is absolutely disgusting in this day and age we have anyone, never mind a single mother-of-three, being intimidated out of an area, for nothing other than the ‘crime’ of being a different religion to the majority of people there,” said Councillor Long.

“We are in the 21st Century – the poison of paramilitarism should no longer be infecting our society. I call on those who purport to represent these groups and others to come out and condemn this in the strongest possible terms. Everyone has the right to feel safe and secure in their own home, and the victims have my full support.”

“I urge anyone with information on this to contact police with it immediately.”

.@CllrMichaelLong and @EricHanvey2 disgusted after reports of paramilitary threat in Cregagh.

Sinn Féin MLA Deirdre Hargey also condemned the reports: "This threat against a mother and her child from loyalists is disgraceful and I condemn it utterly.

"This woman and her one-year-old child have been forced out of their home in the Cregagh estate after being told of threats from the UDA and UVF against her whole family. The threats should be lifted immediately.

"This threat need to be called out for the cowardly and despicable act that it is by all those in positions of leadership and responsibility.

"There can be no place for threats of any kind in our society, or for armed criminal gangs who would threaten children. They need to go away once and for all."

There should be no place for sectarianism, threats or loyalist paramilitaries, all should be products of the past and rightly condemned and challenged by all. Our children deserve better. https://t.co/p2X1UeNfS7