There has been a spate of sectarian incidents in Northern Ireland in recent weeks. 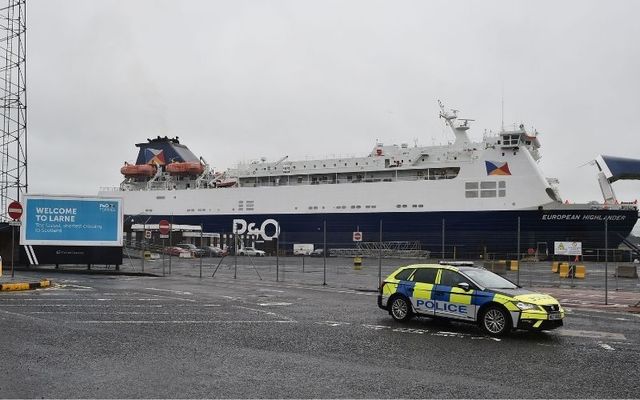 Two men have been charged with painting graffiti in a Northern Irish town following the most recent incident of sectarian graffiti in Northern Ireland.

The two men, aged 21 and 25, were arrested on February 6 in Larne and charged with eight counts of criminal damage and with possessing an article with intent to damage property.

We have charged two men, aged 21 and 25, with criminal damage and with possessing an article with intent to damage property. Both are to appear before Coleraine Magistrates’ Court today. The charges relates to criminal damage at various locations in Larne during the weekend.

The men were charged with painting several slogans condemning Irish Sea border checks in the wake of Brexit in the Northern Irish port town of Larne.

One of the messages stated that "Larne says no to Irish Sea Border" - a reference to the trade border created between Great Britain and Northern Ireland down the Irish Sea during the Brexit negotiations.

Meanwhile, inspections on animal-based produce arriving at ports in Larne and Belfast were suspended last Monday after threatening messages were painted in the harbor area of Larne. The graffiti claimed that "all border post staff are targets", causing staff to be withdrawn from the port over concerns for their safety and welfare.

It is unclear when the other staff members will return to work. 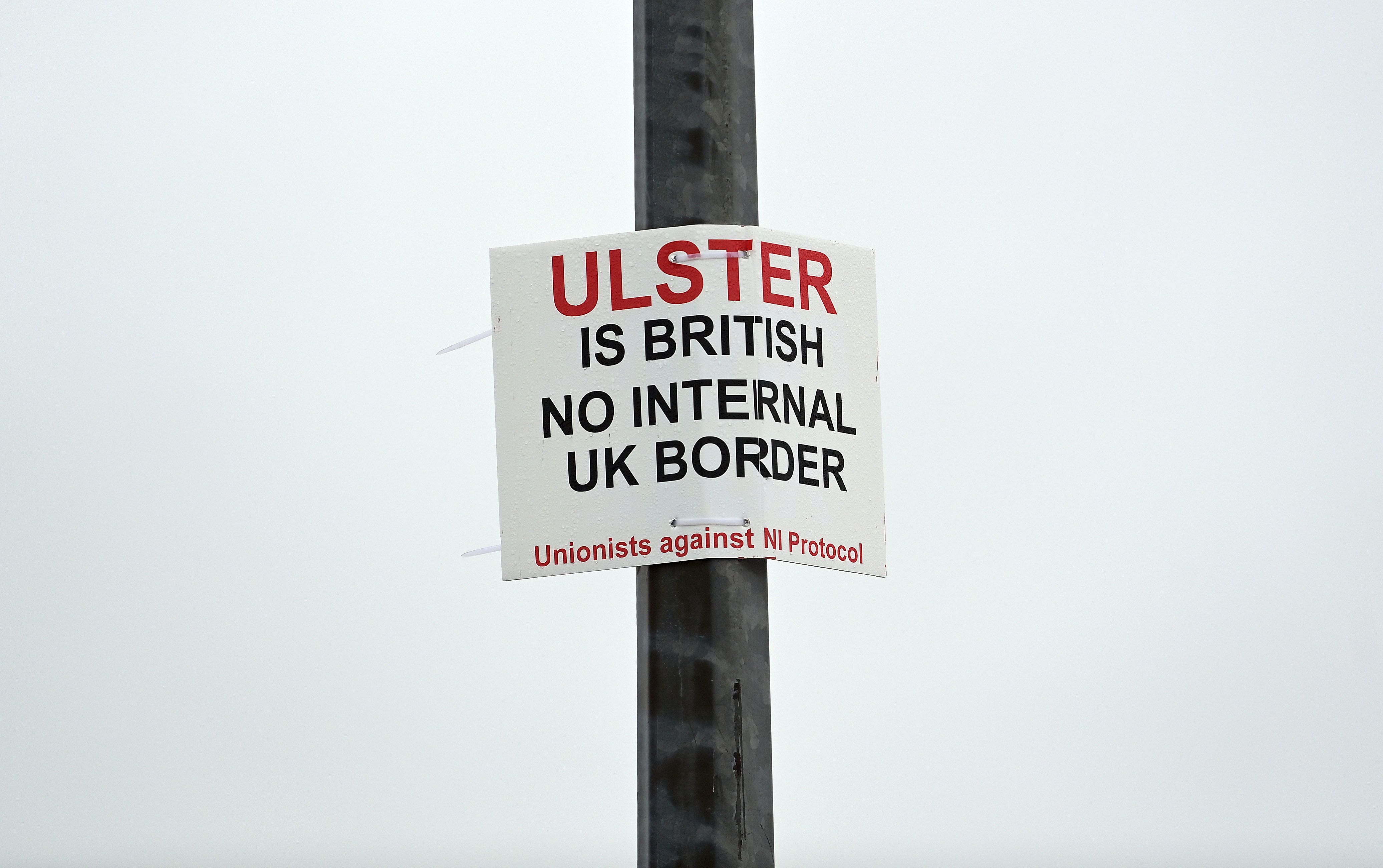 Elsewhere, a man has been arrested in connection with an incident of sectarian graffiti at a Catholic church in Derry at the end of January.

The initials of loyalist paramilitary groups, including the Ulster Volunteer Force (UVF), the Ulster Defence Association (UDA), and the Ulster Freedom Fighters (UFF), were daubed on the front door of St. Mary's Church in Limavady on Jan. 30.

Northern Ireland's First Minister Arlene Foster, leader of the DUP, described the incident as a "reprehensible attack on a place of worship" and said that she hoped whoever was responsible would be brought to justice.

Earlier in January, sectarian graffiti in Belfast threatened to "hang" Tanáiste Leo Varadkar if he ever "set foot in Ulster" following a bitter row between the European Union and the United Kingdom over the Northern Ireland Protocol agreed as part of the Brexit Withdrawal Agreement.