The Trouble with Kenneth Branagh's Belfast 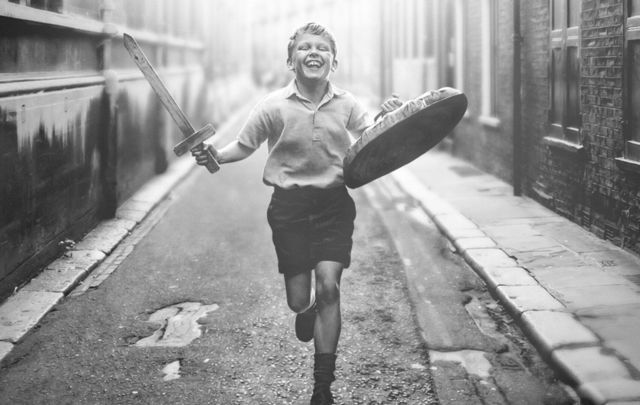 That may well be true, but should it be? How much truth is this nostalgic portrait of a Troubles life concealing?

The new film by actor, writer, and director Kenneth Branagh, Belfast opens in 2021 with some shots of local landmarks and Van Morrison - a local landmark himself - singing away merrily.

Then, the action suddenly cuts back to 1969 and the color film becomes black and white, because this is the past, where they do things differently. Now we're in a mixed working-class side street where everyone knows everyone and the children play so happily it's a kind of Eden with friendly neighbors telegraphing good fellowship until - excuse me, what? - suddenly the Catholics are being violently pogromed by their torch-bearing Protestant neighbors.

Where did all these Molotov cocktail-throwing loyalists come from? What are they doing out screaming for blood on the streets? What on earth happened to all that Edenic good fellowship?

The short answer is that it’s not really explained. Someone on the TV briefly mentions ‘civil rights’ but no context is given and we don't hear the words again. So here’s the thing about Belfast, we don’t really hear from any of the Catholics on the receiving end of the state violence at all.

We barely even see them pack a suitcase as they’re menaced and intimidated and forced out of their homes en masse, in what was the largest forcible displacement of civilians in Europe since 1945.

Given the scale of the attacks and the numbers of people who were displaced by them, you might think we would be treated to a little bit of historical context. You would be wrong about that, however.

Instead, we met a plucky young local boy named Buddy (played by newcomer Jude Hill) and his saintly family (Caitriona Balfe and Jamie Dornan as Ma and Pa, Ciarán Hinds and Judi Dench as Pop and Granny) who go about making the best of a bad job. 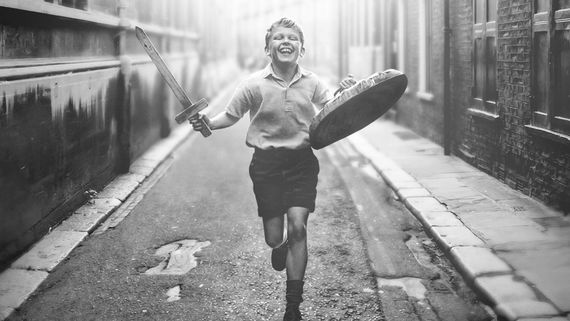 You could have called what follows My Life Between The Bombings for the little it makes of The Troubles. In "Belfast", we are asked to believe sectarianism and violence is not systemic, it's a thing that's mostly produced by a few bad men with bad intentions. This is your first clue about what kind of film this is going to be.

Nostalgia and distancing are the watchwords here and even when things get sinister, as they very quickly do, the camera always pans back quickly to the charmingly named Buddy and his latest colorful coming of age antics.

We watch as Buddy grapples with his first school crush, we see him dress up as Virgil Tracy from Thunderbirds, we see him try to pinch a chocolate bar from the local corner store, and then we see him join a violent loyalist mob intent on looting a supermarket.

Sorry, what again? The trouble with the Troubles is that they resist and destabilize all of your attempts to tell a simple story, because of their utter ferocity, no matter how loudly you play the next bouncy Van Morrison track.

As though anticipating our growing reservations Branagh's screenplay suggests that it's really the local loyalist psycho “gangsters” who are the real ringleaders of the Troubles, the unpleasant rotters like Billy Clanton (played with mustache-twirling menace by Colin Morgan) who just make unwelcome trouble for all the ordinary decent Protestants, who only want to live in peace. 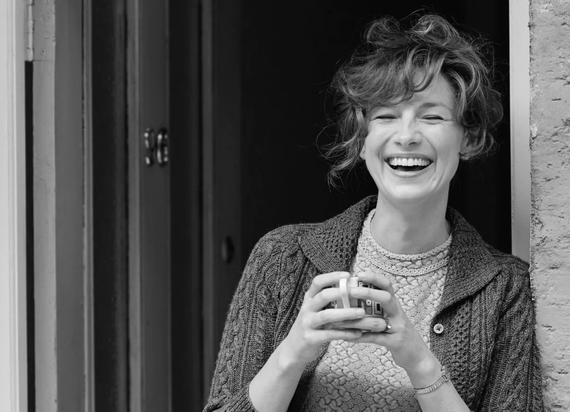 Look, at best that’s a reductive claim and at worst it’s indefensible. It lets an awful lot of people off the hook for a three-decade-long civil conflict that erupted at the turn of the 1970s. It suggests that the larger culpability of unionism - the blanket refusal to grant the same rights to others that they demanded for themselves - isn’t really addressed. Barely once. In a film about Belfast in the Troubles. It's extraordinary.

Branagh would probably respond to this criticism by saying that he was just telling his family’s own story. Which is fine, as far as that goes, but to do that, his film has to whistle - very good-naturedly – right past a lot of graveyards. So it might do no harm to explicitly acknowledge that.

Certainly, I can’t think of a single film that uses the Troubles as a backdrop that doesn’t at least spell out how and why they started, but at times, Belfast almost suggests it's because loyalists don’t appreciate cross-community dancing to Van Morrison.

Caitriona Balfe is superb in an underwritten role as the matriarch who keeps her family together through her fierce determination. She literally embodies the best of that sometimes benighted city, finding reserves of courage that you can't help to be inspired by.

Jamie Dornan is the good dad in a bad time, who has to moonlight in England to keep the wolf from the door at home in Belfast. He's not the figurehead that he wants to be in his two young sons' lives but he knows enough to keep them away from trouble and the unscrupulous gangsters that are leading his society into perdition. 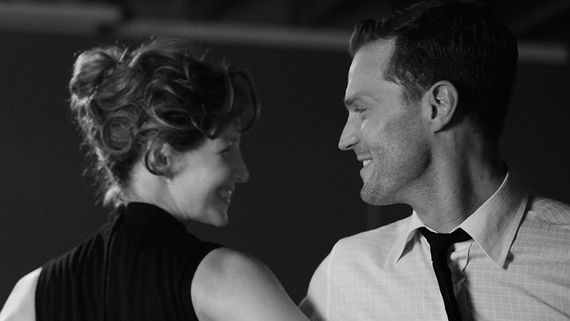 Judi Dench is the platonic ideal of a spirited granny and her still flirtatious and heartfelt marriage to Ciarán Hinds' Pop is a thing of real beauty as the film progresses. The pair have clearly endured hardships but they have weathered every challenge they have faced. These two seasoned actors are the heart of the film.

War, though, is the ultimate character study but war is held curiously at bay in Belfast. Instead, we focus on a good family who try to find light in a dark time, with not a lot of notable hand wringing about how their poor neighbors are faring as the city burns.

So it's not what's on-screen that makes me wonder about Belfast. It's what's not. We know – because this is a semi-autobiographical tale - that this story will end with Buddy and his family taking off for England and a fresh start.

We also know that “Buddy” will go on to enjoy a distinguished acting career and will eventually even be knighted by the Queen, the ultimate English accolade. What we don't hear about, even in passing, is what happened to those poor kids who were driven out of their homes by the braying mobs.

Belfast is dedicated to the ones who left and the ones who stayed behind, but the latter are ultimately given short shrift in a film that steps around the disaster that befell them so gingerly I found myself thinking of another Belfast legend named George Best.

Belfast is an example of some very fancy footwork and I haven't the slightest doubt that that it could knock the ball into the net at the Oscars in 2022. But when the parties end and the celebrity photographers go home next March, I wonder if the man who made this film will ultimately believe he told the full and final truth, or even a little of it.

"Belfast" opens in theaters on November 12.