"We weren't welcomed initially, because the police were regarded with a lot of suspicion and people in that area weren't sympathetic to a provisional army." 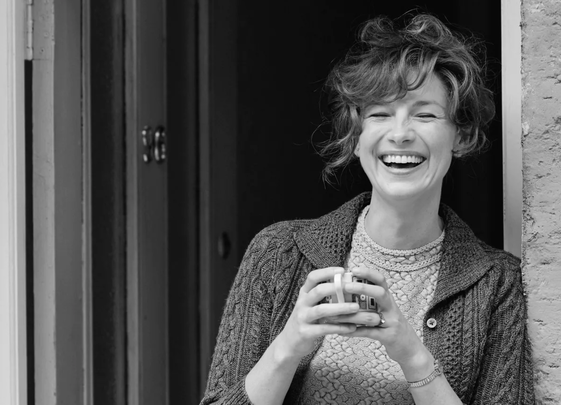 County Monaghan native and new Mom, Balfe, star of Kenneth Branagh's "Belfast", told EW about her experiences growing up on the border during The Troubles.

New Mom Caitriona Balfe is being tipped for an Oscar nod for her starring role in Kenneth Branagh’s upcoming "Belfast" – yes, we know the Academy Awards are months away yet, but Belfast is earning rave reviews and even won the People’s Choice Award last week at the Toronto International Film Festival.   So it’s a hot contender for sure.

Caitriona, 41, who had her first child a few weeks ago, shared some interesting perspectives on her Irish upbringing with Entertainment Weekly.  Belfast is, of course, centered in that Northern Irish city, and is based on Branagh’s childhood there at the start of The Troubles before he and his family fled to England when he was aged nine.  Caitriona was raised in Co. Monaghan, one of the counties that shares a border with the North, and her father was a member of the Irish police, so The Troubles were very real for her too.

“Even though I didn't grow up in Belfast or in the North, we were in such proximity that we were affected by it. My dad, who was a police sergeant, was transferred to the border when I was a baby. Our lives were completely shaped by it,” Balfe recalled.

“My mom left her close community in a very similar way to (her character in Belfast) Ma.  My mom has eight siblings, and she left all of them in this close-knit community to go and be on the border where my dad worked. We weren't welcomed initially, because the police were regarded with a lot of suspicion and people in that area weren't sympathetic to a provisional army.

“Doing the research, I watched so much footage from that time. When you see how your own people and these communities were just destroyed by this ridiculous sectarianism and ideology, and people who use that to drive wedges between people who'd lived completely peacefully for years, it's heartbreaking… that conflict is still going on. But obviously, there was the Good Friday Agreement and the peace process in '98, which I was very much aware of at the time I was in Ireland.

“I know (co-stars) Jamie (Dornan) and Ciaran (Hinds) are from Belfast, and Judi's (Dench) mother is Irish, so we all felt a soulful connection to the movie. It's funny how you see the British Army and tanks coming through the town, and in my childhood I went through British Army checkpoints into the North regularly, to go grocery shopping or the dentist.”

Caitriona feels that in light of Brexit and the ongoing dispute over the border issue, Belfast is particularly timely.  It’s all about people over politics which, she adds, is what really matters.

“You want to just get people to see that this is what's important; this rubbish about our side, their side, Ken speaks to it so well in the film,” she says.

As far as the upcoming awards season is concerned, Caitriona feels that Branagh is deserving of any and all accolades.

“It's lovely that people connect to it and enjoy it. I feel happy for Ken because I know how much he put into this and it means so much to him. To see people embrace it because it resonated with them, that makes me happy,” she says.

Here's the trailer for the Oscar-tipped "Belfast":