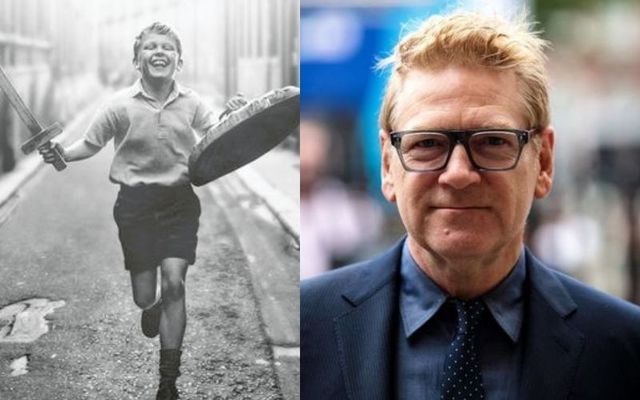 Northern Irish writer and director Kenneth Branagh broke down crying after a hugely successful screening of his film "Belfast" at the Toronto Film Festival.

Branagh was overcome in a Q&A session describing the inspiration behind the film, reports Variety.

“I started writing this on March 23, but it had been brewing for a long time. Lockdown teaches you, whether you like it or not about the things that were precious, that were simple…” he trailed off before breaking into tears alongside his lead actor Jamie Dornan.

Branagh took a few seconds to compose himself before explaining that lockdown had led him to look back on his life and had reminded him of a time when he was “very happy” before “difficult things” had come up.

He described the project and his own experience as a nine-year-old boy that had “the love of his family and the movies.”

Shot in black and white, the movie follows the precocious Buddy (played by remarkable newcomer Jude Hill), whose family is navigating the tumultuous political and religious strife in 1960s Northern Ireland.

His parents, played by Dornan and “Outlander” star Caitriona Balfe, face difficult choices over the future as tensions boil over in their town.

Watch the trailer for 'Belfast' below:

Discussing the central themes of the film, Branagh said that the feeling of 'home' was extremely important.

"Jamie and I have talked about, typically for the Irish the pull of home, even if half the nation travels away from it... the pull of home and the certainty of home is clear."

Branagh who was born in Belfast moved to England as a child with his family to escape the Troubles. He went on to become a hugely successful actor, director, and writer and has been nominated for five Oscar Academy Awards and five Golden Globe Awards.

Leading actor Jamie Dornan said how he was inspired to become an actor because of a photograph of Branagh with his late dad Jim, which took pride of place in his childhood home.

"My father was a doctor at the Royal Victoria Hospital for his whole career. There was a picture that was always up in our house of Ken, my dad, and five or six other doctors, cutting a ribbon from when Ken had come to open a wing of the hospital.

"It reinforced this idea that this guy, who has gone on to do such unbelievable things, was from Belfast. It was inspiring."

Dornan described his character as "a very honest, humble man who is just trying to do the right thing" and added that despite the challenges of the time they lead a "quite glamorous lifestyle for a working-class North Belfast family".

And he said that aspect was important to him as he has an ambition to start telling more positive and inspiring stories about Northern Ireland than might have been made in the past.

The film features music by Belfast native Van Morrison and Dornan expressed his appreciation for the singer by saying, "anyone who is from the north of Ireland, Van Morrison, whether you want him to be or not, is born into your soul."

“Belfast” had its world premiere at the 48th Telluride Film Festival on 2 September 2021 and is set for release on 12 November 2021.