"Violet Gibson - An tÉireannach Mná a Lámhach Mussolini (The Irish Woman who Shot Mussolini)" will debut on TG4 in Ireland on September 15. 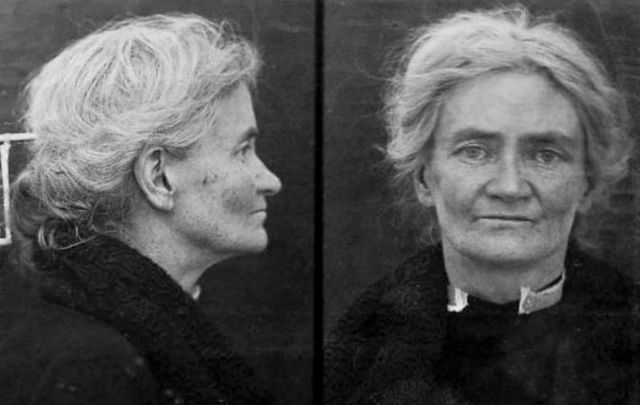 A new documentary telling the story of Violet Gibson, the Irish woman who shot Italian fascist leader Benito Mussolini in the face, is set to air on TG4 on Wednesday night.

The Irish-language documentary "Violet Gibson - An tÉireannach Mná a Lámhach Mussolini (The Irish Woman who Shot Mussolini)," brings to light the fascinating story of Violet Gibson and will have its inaugural television screening on TG4 in Ireland on Wednesday, September 15.

The film also won three awards at the Richard Harris International Film Festival, while it was screened at the Chicago Irish Film Festival in March 2021.

"As a director and storyteller, I am always interested in exploring lesser-known characters," Dowdall said in a statement.

"I was fascinated with Violet’s story from the very beginning.  I wondered how this distinguished woman might have altered the course of world history if her pistol hadn’t jammed. I thought if she was a man she would be celebrated as a heroic visionary with a statue erected in her honor."

Who was Violet Gibson?

In 1926, 49-year-old aristocrat Violet Gibson, formerly a debutante at the Court of Queen Victoria, pushed her way through an adoring crowd in Rome and shot Italian fascist dictator Benito Mussolini at point-blank range. She came the closest to success of the four assassination attempts on Mussolini, yet, she was written off as a lone "mad Irishwoman", committed to a lunatic asylum, and effectively written out of history.

Following 18 months of imprisonment and interrogation in Italy, and investigations into an international conspiracy, a deal was brokered by Mussolini and the British Foreign Office to have her declared insane and locked up in a British lunatic asylum for the rest of her life.

For 30 years, she battled for her release, writing letters to the authorities, politicians, friends, to Churchill after Italy declared war on Britain, to Princess Elizabeth. Her letters were never posted. In 1956, she died alone in the asylum, no friends or family attended her funeral.

With Gibson passed off as a “mad Irishwoman”, a “demented spinster”, a “crazy Irish mystic” this revelatory documentary brings to light the fascinating story of the bold, free-thinking daughter of the Lord Chancellor of Ireland, who rejected the trappings of her Anglo-Irish upbringing, and committed herself to social justice, anti-war activism, and opposition to fascism.