Could Garth Brooks finally be making his return to Ireland? The country superstar is reportedly planning gigs at Dublin's Croke Park. 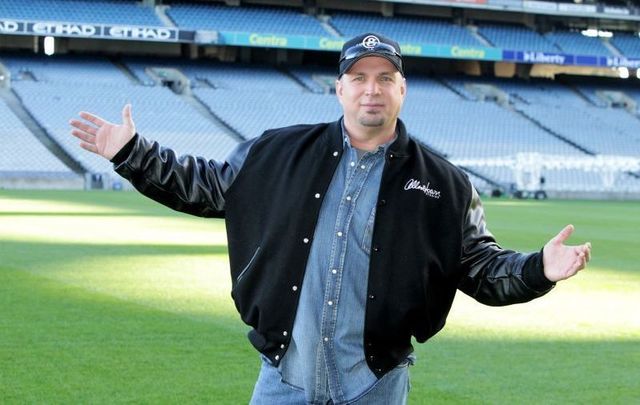 January 20, 2014; Garth Brooks pictured at Dublin's Croke Park at the launch of 'the Garth Brooks Comeback Special Event.' The event ultimately did not go ahead. RollingNews.ie

The proposed concerts, however, remain officially unconfirmed, according to Virgin Media News who broke the news on Monday afternoon.

Paul Quinn of Virgin Media News reported on Monday that “there has been a number of meetings and that planning is in an advanced staged to see the return of Garth Brooks next year.”

The plans involve three concert dates, with the possibility for more dates to be added.

GAA officials and Dublin City Council have yet to make an official comment on the matter.

#WATCH Garth Brooks is set to return to Ireland for a series of concerts
#VMNews understands negotiations are at an advanced stage to bring the country music superstar back to Croke Park next September@PaulQuinnNews has the details⤵️@garthbrooks | @crokepark pic.twitter.com/ZvX2VHL0BY

The rumored Garth Brooks concert dates in Ireland next year come seven years after the country-western superstar's "five or nothing" debacle in Dublin.

That year, some 400,000 tickets were sold for five gigs at Dublin's Croke Park, billed as the 'Garth Brooks Comeback Special.' However, an agreement signed by the Dublin City Council in 2009 stipulated that no more than three concerts are to be held at Croke Park in a given year. The addition of the five Garth Brooks concerts would have brought the 2014 total to eight.

Brooks, however, stuck to guns, insisting that either all five shows go ahead or none do. Ultimately, none went ahead.

Upon announcing the cancellations, Brooks said in a statement: “I have always been advised to NEVER send a message in ‘the moment.' It is said it is best to take a walk, wait a while, and think about it.

“With that said, I just received the news the Irish council cannot change their earlier ruling to not allow the licenses for all five shows.

“To say I am crushed is an understatement. All I see is my mother’s face and I hear her voice. She always said things happen for a reason and for the right reason. As hard as I try, I cannot see the light on this one.

“So it is with a broken heart, I announce the ticket refunds for the event will go as posted by TicketMaster.”