WATCH: Live entertainment returns to Ireland with concert in Dublin

500 people attended the James Vincent McMorrow concert in Dublin on June 10, the first in a series of events in an attempt to facilitate the return of live audiences. 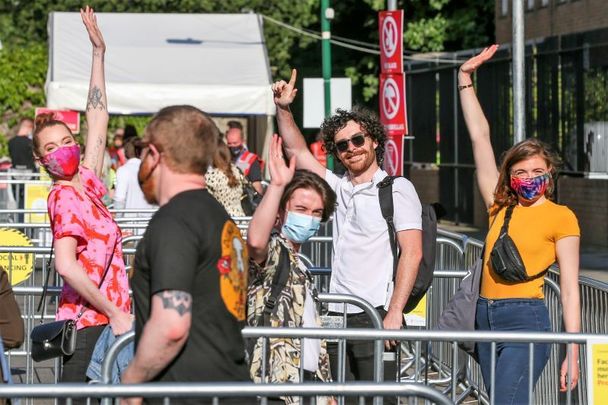 The concert, which was attended by 500 people, is the first in a series of live events in an attempt to facilitate the return of live audiences.

While tickets for the concert, which permitted guests to attend in pods of four people, sold out instantly, the show was also streamed online for free:

James Vincent McMorrow told RTÉ that he was looking forward to a positive and emotional experience on Thursday night. He said that the pilot concert would be a poignant moment for the audience and also for his 40-person band and crew. who have been out of work since the beginning of the pandemic.

Organizers additionally asked customers not to attend the concert if they develop any symptoms of COVID-19 and say that tickets will be fully refundable in that case.

The concert was organized by the National Concert Hall with the support of the  Department of Tourism, Culture, Arts, Gaeltacht, Sport and Media, the Office of Public Works, and Dublin City Council.

Robert Read, CEO of the National Concert Hall, said that the venue was "thrilled" to be leading the return of live music in Ireland.

Three more pilot events, all sporting matches, will take place in Ireland tomorrow, June 11. You can see the list of the planned pilot events here.