Taylor Swift ditched the fashion-forward Met Gala and the MTV VMAs in New York to hang out with her boyfriend Joe Alwyn in Northern Ireland. 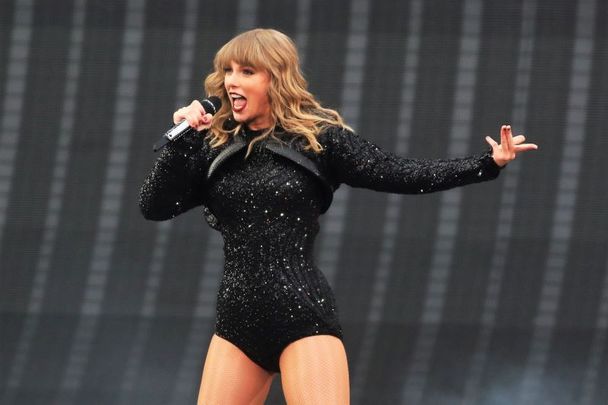 It's true that Taylor Swift hasn't graced the Met Gala red carpet since 2016 but this year she'd a really great excuse, she spent the weekend enjoying some homegrown music and craic in Belfast.

Taylor Swift has for some time it seems been hanging out in and around Belfast as her boyfriend, Joe Alwyn, had been filming "Conversations with Friends", based on the novel by Irish author Sally Rooney.

In fact this July there were rumors that Swift was living in County Donegal. However, Swift's absence was massively noticed this last weekend however when she ditched the Met Gala as well as the MTV VMAs, despite having several nominations.

There were rumors on social media that Swift has stuck around Ireland for the weekend and on Monday, the Belfast bar The Tipsy Bird confirmed the news with a photo of the superstar with a group of staff, RTE reports.

On Facebook, The Tipsy Bird wrote "We can confirm she is just as lovely as you would expect and was kind enough to take a picture with our team."

They added "Taylor, if you fancy being a Tipsy Bird another night in the future, you know where to find us!

"Oh, and if anyone wants to join us for Margaritas that are good enough for T-Swizzle just click the book now button."

Belfast musician, Tiernán Heffron, posted that his dreams had "come true" as he'd been playing at The Tipsy Bird when she visited.

It’s not everyday Taylor Swift walks into your gig and stays for your whole three hour set. She was the most lovely person! She asked how she could follow what I was doing and gave me a tip! Dreams do come true, ready and excited for what’s to come #22 pic.twitter.com/uBbjTPfRQO

While Swift might have ditched some red carpet events she did use her TikTok account to announce that she's looking forward to performing live very soon.

There's plenty of Irish fans who'll certainly be keeping an eye out!