The Ad Hoc Committee to Protect the Good Friday Agreement has warned that the UK's amnesty proposals will not be met with approval in the US. 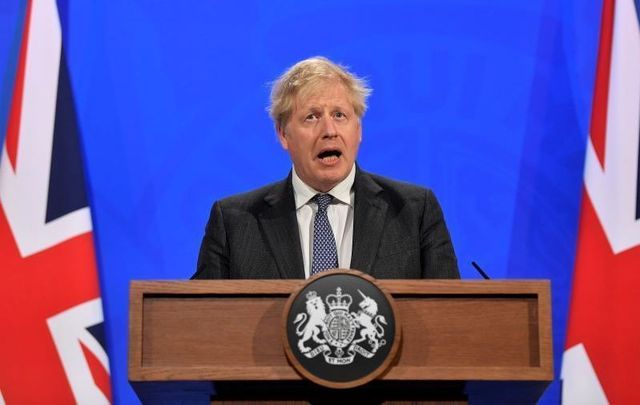 The Ad Hoc Committee to Protect the Good Friday Agreement in the US has issued a letter to UK Prime Minister Boris Johnson urging him to withdraw the UK’s proposal to grant amnesty to Troubles-era legacy issues.

The Committee issued a letter to UK Prime Minister Boris Johnson on September 8 to express its "dismay" over the proposed amnesty legislation which was announced earlier this summer.

⁦@HocGfa⁩ has sent letter to Prime Minister Johnson on Northern Ireland amnesty proposal. Much to broad & sweeping with no care for victims & survivors. Terrible precedent that will set back global human rights. pic.twitter.com/dwnehViy0K

In the letter, the Committee says they have "carefully considered" the UK's amnesty proposals and have consulted with human rights and legal experts in Northern Ireland, as well as with victims and survivors.

"We find this proposal to be at odds with both the spirit and architecture of the Good Friday Agreement," the letter states.

"It would abrogate the hard-won compromise regarding legacy issues in the NDNA [New Decade New Approach] and appears to us to represent a significant breach of several international human rights agreements to which the UK is a party.

"Equally important, the cross-community opposition to the current proposal in Northern Ireland should be enough to signal that this points not to reconciliation, but instead to continuing division there.

"Painful as it is, enduring reconciliation is dependent on accountability and transparency with respect to all participants in Troubles-related violence. There is no shortcut, and the GFA does not countenance one.

"It is tragic that so many years have been wasted with obfuscation and legal wrangling, but that does not justify abandoning the commitments made by the UK government to see the process through."

The Committee argues that the only "right path" is to put victims and survivors at the center of the process.

"Changes should be made with a keen awareness of long-term impact in Northern Ireland and on global human rights standards," the letter continues. "Given the growing doubts about both, now is not the time to be hasty and rush this legislation through the Parliament."

The letter goes on to point out that the proposed statute of limitations appears to violate several agreements concerning Northern Ireland, including the Good Friday Agreement, the Stormont House Agreement, the Weston Park Agreement, and New Decade New Approach.

It continues: "While the GFA does not impose specific obligations with respect to legacy, it does mandate that both state parties observe and implement the European Convention on Human Rights. Toward this end, both governments are required to incorporate the European Convention into domestic law. The UK, in particular, must provide for 'direct access to the courts, and remedies for breach of the Convention.' The UK addressed these duties domestically with the Human Rights Act of 1998.

The Committee members point out that they have spent many years working to support the peace process while refusing to take sides.

"We recognize the daunting complexity of addressing legacy issues in Northern Ireland. But sweeping them under the rug is not the path to closure and reconciliation.

"The recent vindication of the Ballymurphy families, fifty years after the deaths of their loved ones, reflects the tenacity of the surviving families and their determination to unearth the facts and to see justice done where possible. Over 1,000 civil cases in Northern Ireland that seek justice and resolution are presently pending in the High Court in Belfast, together with many other cases in London.  All these cases will be abrogated if this proposed amnesty becomes law.

"We have strong reason to believe that this proposal will not be met with approval in Washington by either Congress or the Biden Administration. It will be a further source of disagreement with U.S. political leaders who have already raised serious concerns about your government’s recent approach to implementation of the Northern Ireland Protocol.

"There is the likelihood of international repercussion as well. U.N. human rights experts have already raised red flags. It would be unfortunate if this divisive proposal were still an issue of contention with respect to global human rights when President Biden convenes his Summit on Democracies this December.

"We urge you to withdraw the current proposal, to remain true to the commitments and spirit reflected in the GFA, and to build on the compromises reached in the Stormont House Agreement and NDNA. We believe that is the only viable approach to the foundational and irrevocably linked issues of legacy and reconciliation."

Members include leading political leaders and diplomats who have a long-established history of supporting the peace process in Northern Ireland. The group includes five former U.S. Ambassadors, several Special Envoys to Northern Ireland as well as leaders of Irish American organizations.

Over the last two years, the Committee has held over thirty meetings with a diverse group of civic, business, and political leaders in Northern Ireland. The Committee is bi-partisan and co-chaired by former Republican Congressman James Walsh and by former Democratic Congressman Bruce Morrison.