A committee of bipartisan Irish Americans has sent a letter to Theresa May and Leo Varadkar outlining their concerns regarding the Good Friday Agreement and the ongoing UK / Ireland border Brexit debates. 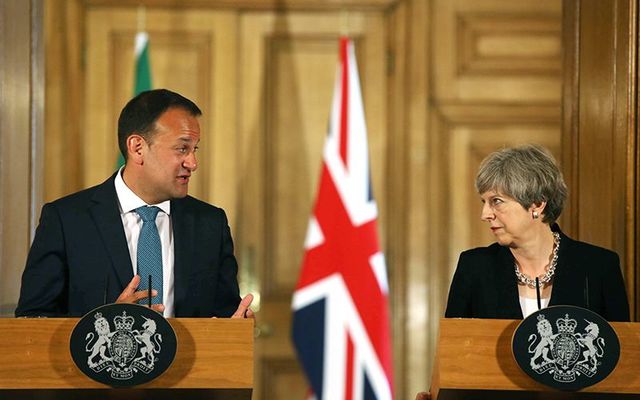 A committee of bipartisan Irish Americans has sent a letter to Theresa May and Leo Varadkar outlining their concerns regarding the Good Friday Agreement and the ongoing UK / Ireland border Brexit debates.

An ad hoc committee to protect the Good Friday Agreement has been established by a group of leading Irish Americans. The committee has sent a letter to Prime Minister Theresa May and Taoiseach Leo Varadkar outlining their concerns regarding the Belfast/Good Friday Agreement (GFA) given the ongoing Brexit negotiations. The committee is bipartisan and reflects the broad spectrum of Irish America.

The ad hoc committee includes two former US Senators, five former US Ambassador, and leaders of prominent Irish American organizations such as the American Ireland Fund and the Ancient Order of Hibernians (AOH).

Those signing the letter include the most recent US Ambassador to the Republic of Ireland Kevin O’Malley, Brian O’Dwyer, the Grand Marshal of the upcoming NYC Saint Patrick’s Day Parade, John Fitzpatrick, Chair of the American Ireland Fund, former US Senator Gary Hart, who acted as the Special Representative for Northern Ireland for then US Secretary of State John Kerry.

“The recent decision by the Prime Minister and the Parliament to seek to re-open the withdrawal agreement and find an alternative to the backstop has put the Good Friday Agreement into play. This alarms us. The backstop is the insurance policy that protects the GFA and the GFA cannot be used as a bargaining chip as the Brexit advocates search for an alternative arrangement,” said former member of Congress James Walsh, a co-chair of the Ad-Hoc Committee.

Read more: No-deal Brexit could lead to evacuation of Queen Elizabeth from London

“The United States led by President Clinton and former Senator George Michael worked tirelessly to bring the GFA about and many of us have continued to work and support the peace process during the last twenty years. Political leaders who support Brexit seem to have little knowledge of Northern Ireland and are continuing to play down the role of the GFA in maintaining the peace in their effort to leave the E.U.”

Former Congressman Bruce Morrison, who co-chairs the Ad Hoc Committee, noted “pro-Brexit advocates have been diminishing the importance of the GFA almost to the point of dismissing it. This really is short-sighted, and the ongoing debate is only resurrecting old animosities and stereotypes. The people of Ireland, North and South overwhelmingly supported the GFA in the 1998 referendum. They know what is at stake.”

Morrison went on, “Peace is not inevitable in Northern Ireland. Stormont has already been mothballed for close to two years and the dissidents still have a capacity to cause trouble. A border defined by customs posts checks points and infrastructure would reshape the economic, emotional and political landscape and resurrect the memories of the border when it was militarized during the Troubles.”

Kevin O’Malley, the most recent American Ambassador to Ireland noted “The Prime Minister is giving a speech today in Northern Ireland reaffirming her support for keeping the border open, protecting the Belfast/ Good Friday Agreement and arriving at an agreement that "commands broad support" from the people of Northern Ireland.

“That would be a trifecta of a win given the fact that the majority of people in Northern Ireland voted to Remain and support the Backstop while the Democratic Unionist Party views the backstop as "toxic.'" We hope she can square the circle. We really do. We will be watching closely and working with our colleagues in the U.S. Congress to do all we can to protect the Good Friday Agreement."

Leaders of the ad hoc committee will seek to meet with both the Irish and U.K. Ambassadors in Washington DC, and senior US State Department officials to make the case that Irish America is mobilized and vigilant and will work closely colleagues in the US Congress to support and protect the Good Friday Agreement.