Sally Rooney is "the latest in a line of Irish female writers who have gone out and conquered the world," but she could use a bit of "Binchy humor." 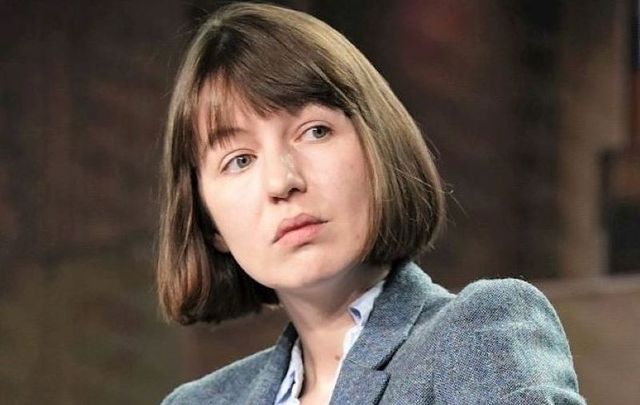 I’m not in the habit of reading women’s lit or whatever the politically correct terminology is for books written by women and aimed at the female reader, but Sally Rooney proved an exception.

There has been such a fuss about her in recent times that her work definitely merits a read. Next to Conor McGregor, she is probably the best-known Irish millennial.

Rooney is the latest in a line of Irish female writers who have gone out and conquered the world. Maeve Binchy reigned supreme in the genre back in the day. She sold over 40 million books and was a hugely popular presence, beloved in Ireland and known the world over.

Binchy could really write, and she had a wonderful, warm personality in person. I had the pleasure of having dinner with her and her husband Gordon in Dublin once and you could simply not ask for a better evening.

She also told the best stories against herself, especially one that left me doubled over in laughter when she recalled inadvertently stepping on Barbara Bush's English Springer Spaniel, a tiny breed, during a White House meeting. Maeve was a big woman, six foot one and quite rotund, so one can only imagine the encounter with the dog.

A few years later, Cecelia Ahern, daughter of the former Taoiseach Bertie Ahern, took on the mantle of Ireland’s most successful female writer, especially after her book P.S. I Love You became a very popular film back in 2007 starring Hilary Swank.

Rooney is now up to bat, and she is clearly flourishing. Her first book Conversations With Friends is being made into a BBC-Hulu TV series just as her second book Normal People was.

She became an overnight sensation as a writer, especially when the Normal People series hit right at the beginning of the pandemic which made it a must-see show for half the world confined to their living rooms.

Rooney’s hotly-anticipated third novel, released last month, is Beautiful World, Where Are You. It’s been on The New York Times best-seller list for five weeks now.

But Rooney ran into controversy last week when she refused a Hebrew language translation of her new book because of her support for the BDS movement, Boycott, Divestment, Sanctions, against Israel.

Max Boot, a Washington Post columnist, accused Rooney of a “double standard” by allowing her book to be published in China with its dreadful human rights record.

I found the opening chapter of Beautiful World, Where Are You terrific, a tale of an encounter between a lonely young woman with a local man in a village in Mayo where she has just moved to.

The awkwardness of the encounter, the quick back and forth, the minutely described locations around the village and the hesitant friendship between the pair is wonderfully rendered.

But the storyline in chapter two switches to an intimate 20 page or so email to a close friend in Dublin, musing on everything under the sun from early and now forgotten languages to dating advice to political commentary.

It is all to bring us up to date with the characters of course, but it lacks the intimacy and insight that made the opening chapter such a remarkable piece of writing.

The book continues on in a similar vein, lurching from the relationships she has in this new town she is living in to her friend’s life in Dublin, to treatises on everything under the sun in the email monologue.

The very serious aspects of life endlessly discussed seem to have little to do with the lithe, well-written human encounters in a Mayo village that began the book.

Rooney is definitely a serious writer in every sense of the word, but I can’t help thinking Binchy might have a message telling her to lighten up on the geopolitics and focus more on the relationships.

A little Binchy humor might help too. Then who can argue with such success?