Maeve Binchy’s novels have sold more than 40 million copies worldwide, but she never sought the spotlight. 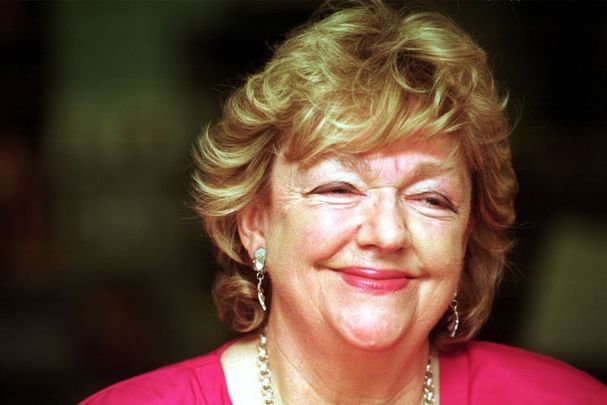 Maeve Binchy, who passed away in 2012 aged 72, was a woman of her time. Six foot tall and in her own words “rather stout,” as a young woman in the late 1960s she confidently expected that spinsterhood was her future.

That steely fatalism was a new development for her because her childhood and adolescence had brimmed with love and contentment, only darkening suddenly toward the end of her twenties.

First -- and worst -- of all was the death of her adored mother in 1968. Her father followed a few short years later, and suddenly Binchy’s happy middle class home in south Dublin was exchanged for a cheerless bedsit.

That’s the kind of transformation that can unmoor a life, but Binchy threw herself into her budding career as a journalist for The Irish Times, working variously as a columnist and then as the London editor.

In Maeve Binchy: The Biography, writer Piers Dudgeon has written an engaging and vivid portrait of his subject’s almost magically happy family, the memory of which armed her for the harder times ahead.

Binchy was the kind of women who felt things deeply, recalling every detail, and this gift translated directly into her work sealing a bond with the reader unlike anything in recent Irish publishing history.

Now often referred to as “Ireland’s best loved writer,” Binchy would probably have laughed at the compliment. But there’s no denying the sheer Irishness of her worldview and of the internal emotional lives of her characters.

“The Irish Voice newspaper is exactly right for Maeve.  It couldn’t be better could it?” laughs Dudgeon during a recent interview.  “I mean, that’s exactly what she was.”
Dudgeon says he thinks that Binchy spoke to her legions of Irish fans in a way that was as direct and unlikely as anything he’s ever seen. It was almost a kind of magic.

“I’ve produced quite a few biographies of women writers who although quite different from each other have somehow keyed into the collective unconscious in some way. Writers like Catherine Cookson in the industrial northeast of England around Tyneside, whose experiences range from humorous to tragic. And obviously Maeve Binchy does that too, because she’s very very Irish.”

What fascinated Dudgeon – and prompted him write the biography – was how women like Binchy could command an absolutely massive and devoted fan base.

“I’ve been in publishing since 1970 and I’ve seen a lot of writers come and go, but Maeve’s career interests me because there’s a kind of matriarchal quality to her output. She’s unlike other voices,” he says.

People who met her or went along to one of her publicity tours were always struck by what a warm and funny woman she was, Dudgeon says.

“She would command a room of maybe 500 to 1,000 people at these book launches she would attend. She would have people in fits of laughter and she would not actually talk about the book at all. She would just relate to the people who were there.”

It was a talent that drove some other writers to distraction. Barbara Taylor Bradford, whose first book A Woman of Substance came out at the same time as Binchy’s debut, was astonished by her rival Dudgeon says.

“Taylor Bradford was waiting in the wings and watching Binchy connect with the audience and she told me that she just wanted to give up and go home. Maeve had them rolling around in the aisles.”

But how does such a private person even agree to become a subject herself?

“I wrote to her first, then I went to see her just outside Dublin,” Dudgeon recalled.

“She was hospitable, earthy, laughing, clever and funny – all those things. She sat down opposite me with her hands on her knees, and really she just challenged me as to what the hell I was doing.”

Binchy didn’t think a biography of her life would work because she thought there really was nothing to write about. She was a middle class girl, her father was a barrister, she was educated, and she had all the chances in the world. This was not a rags to riches story of a woman who had to claw her way up, so what was the point she wondered?

Was Binchy nervous that Dudgeon would be digging around in her past?

“Well she made it clear to me that she would prefer if I would wait until she died. I agreed to that,” he said.

Dudgeon now believes that Binchy had to break out of her own sheltered middle class word before she could find a resonance with others that is the hallmark of her famous books.

“In order to do that she had to do a lot of digging in her own life. She was brought up in the Catholic faith, she had been very traditional, but she had to find her way out of that and almost back to it. She discovered that the secret of the universe is that we do have to take control of our own lives.”

The result of all her deepening self-awareness is that at times she could be quite a frightening person – even when she was telling the truth. “She could be scary because she enabled the same degree of truth back from her close friends. Those are the people that make waves.”

“I was inspired by her own personal story, which had masses of ups and downs which she thought I would not find,” Dudgeon says.

“She was a big girl growing up. I interviewed people who were at school with her from a young age and I got a different picture of Maeve in adolescence.

“I thought she would be a school leader, outgoing and confidant. But in fact she was shy, she would step back. She was six foot and about 15 stone (210 pounds) at 15.  That’s a heavy load for a girl to carry. She was never once asked to dance at the local dances. It absolutely crucified her. She carried all the memories.”

But something happened at college that changed her life. At University College Dublin she was sitting at a pub and reading Jean Paul Sartre one afternoon when she had an epiphany.

“Suddenly she asked herself why am I bothered by all this? No one is concerned about me; they are only concerned about the way they look. So she put her book down and said, ‘I’m not going to think about this anymore.’ It changed her life. She stepped into herself.”

Friends remember the moment it happened. She turned into a self-contained person they told Dudgeon.

“I am who I am became her motto. Just be the best person of your sort that you can be. That’s what was behind all the laughter in the end, a very relaxed human being.”

Binchy was in her early forties when her debut Light A Penny Candle got published. Friends knew it would change her life and it did. It was her first international bestseller.

“Some people think she just appeared fully formed overnight, but you and I know there was more to her story. There had to be some grit for the pearl to form around. That’s what I’ve discovered writing my book,” Dudgeon said.