How Maeve Binchy's books made me fall in love with Ireland

A half Indian, half English, American-born girl recalls how Maeve Binchy's novels introduced her to Ireland. 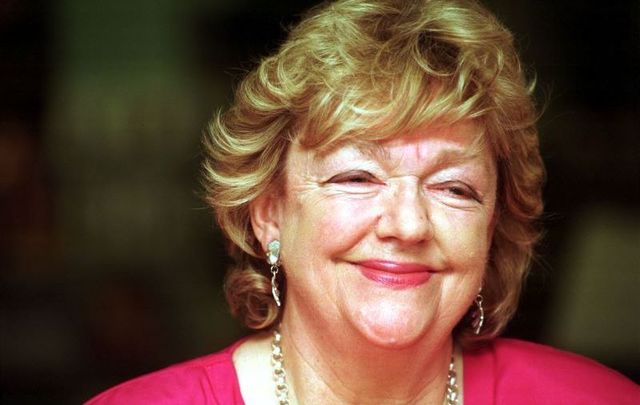 Today is one of those days when England, my second home where most of my family lives, is on my mind.

While this does make me want to jump on a plane and spend time with my cousins, it also brings up a rather interesting memory that I only recently dug up from the recesses of my mind (being a history major in college means that anything that doesn't involve history is pushed into the back of your brain to make room for the names of every major general involved in the Battle of Gettysburg). It seems I've finally remembered when I truly fell in love with Ireland.

I'm known for being a rather long storyteller so you may want to grab a cup of coffee or a doughnut before continuing to read.

My love of Ireland blossomed out of sheer boredom. It sounds terrible, I know, but its the truth. And isn't this blogging all about telling the world the truth?

I had just arrived at my grandma's house at the age of 15 after spending two weeks helping my cousin take care of her newborn baby. It was a wonderful - and as anyone who has ever taken care of a newborn for an extended period of time knows - exhausting, experience, and I had arrived at my grandma's to rest and spend a few days in London with the rest of my family. This turned out to not be the case. Instead, I was too tired to spend the entire day shopping in London at Harrods (shocking, I know) and a bit too cranky to deal with everyone's queries as to when I was planning on becoming a doctor.

So I retreated to the quietest place I knew, the library across the street from my grandma's in Bexleyheath (a tiny little town in Southeast London). When I was younger, I thought the library was absolutely massive but looking back it must have been quite small. I wandered around for awhile, looking for an interesting book to read. That's when it happened. My eyes landed on Maeve Binchy's Copper Beech. I had grown up seeing Maeve Binchy's name on the books that my mom read but had never read one myself. They seemed too grown up and not nearly as interesting as whatever I was reading when I was 15 (Harry Potter, maybe?). But it was the only name that was familiar to me and so I picked it up, used the library card stating that I was 85 years old, and walked across the street and back into my grandma's house.

I loved it from the very first page. It's a hard feeling to describe but one that I feel other Maeve Binchy readers would understand. You fell in love not just with the characters, but with the whole story, the atmosphere, and most of all Ireland.

I quickly finished Copper Beech and found that I was facing a six-hour plane journey with no books. And I couldn't very well steal a book from the library. My mother is a librarian and that is considered a mortal sin in our household. I was lucky enough to find Light a Penny Candle at the airport bookstore

It went on to become my favorite work by Maeve Binchy. I still cry each time I read the passage where Elizabeth returns to Ireland and sees Aunt Eileen for the first time. The copy is now so worn from countless readings but I would never buy another copy.

I've spent countless hours since then devouring each of Maeve Binchy's books right up to Heart and Soul, which was released in 2008. Some of her newer books have taken place in modern-day Ireland and although I've loved them, I enjoy the older ones the most. They evoke the Ireland that I grew to love, small towns with intrigue and gossip, but also camaraderie and faith in dark times.

I could pick up any book, turn to a page, and just start reading. I don't think there are many books out there that have that power (that is, of course, implying that books have power).

This may not be the reality in Ireland today but it's what I looked for when I traveled to Ireland in 2004. I visited Dun Laoghaire, the setting of books such as Circle of Friends, and Co Wicklow, where characters like Cathy from Scarlet Feather went for romantic weekends. And it was like how I imagined it, even with modern advancements.

I owe the beginnings of my Irish education to Maeve Binchy. She set the foundation for my knowledge and I carried that with me through my Irish Studies minor at NYU and currently with my job at Irish America magazine. Often I know the answer to a random Irish fact because I read it in one of the novels.

So there you have it. That's how this half Indian, half English, American-born girl fell in love with Ireland.