Conversations with Friends has already inked several distribution deals - will it be the next Normal People? 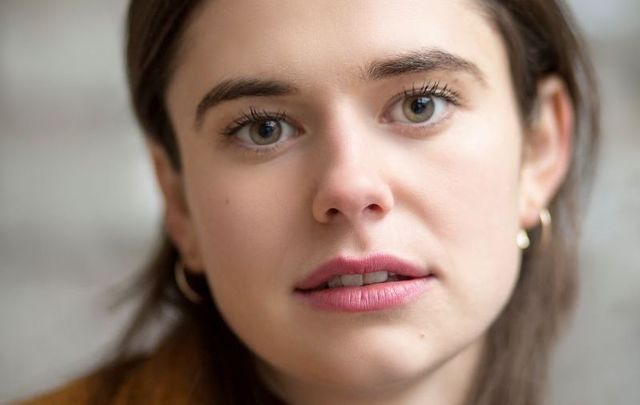 Irish actress Alison Oliver will play Frances in the TV adaptation of "Conversations with Friends."

It's not surprising that Normal People snapped up a bunch of honors at last Sunday’s Irish Film and Television Awards – nine in total.

The producers of Normal People are hard at work these days with another TV adaptation, Conversations With Friends, the first novel penned by Normal People's Irish writer Sally Rooney.

Last weekend, two of the new series’ stars, Joe Alwyn and Alison Oliver, were pictured on the set in Bray, Co Wicklow. Filming actually got underway at the end of April in Northern Ireland; the cast also includes Sasha Lane and Jemima Kirke.

Conversations With Friends has been snapped up by markets all over the world, which was expected given the phenomenal, global success of Normal People. It’ll be shown on Hulu in the US next year in 12 parts – no debut date yet – and BBC Three in Ireland and the U.K., but Amazon Prime and HBO Max also inked deals to show it in other countries. And it’ll be shown pretty much everywhere, including India, South Korea, Africa, and the Baltics.

Conversations With Friends is actually the first novel 30-year-old Rooney, a native of Castlebar, Co. Mayo, wrote. It was a best-seller, and Amazon describes the plot like this: “Frances is a coolheaded and darkly observant young woman, vaguely pursuing a career in writing while studying in Dublin. Her best friend is the beautiful and endlessly self-possessed Bobbi.

"At a local poetry performance one night, they meet a well-known photographer, and as the girls are then gradually drawn into her world, Frances is reluctantly impressed by the older woman’s sophisticated home and handsome husband, Nick. But however amusing Frances and Nick’s flirtation seems at first, it begins to give way to a strange, and then painful, intimacy.”

Rooney fans won’t have to wait for her next book. Beautiful World, Where Are You is set for release on September 7. It’s described as “a new coming-of-age story about four young adults – novelist Alice, her romantic interest Felix, her best friend Eileen and her friend Simon – and the life that’s catching up with them.”