BBC and Hulu, behind the smash-hit Normal People, will now taking on Sally Rooney's first novel, Conversations with Friends. 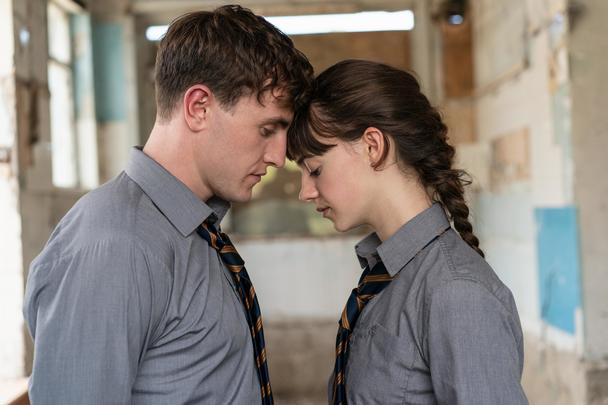 Irish writer Sally Rooney has a monster hit on her hands with her book/series Normal People, so it’s no surprise that the BBC and Hulu have once again teamed up to bring her first novel, Conversations with Friends, to the screen.

You’ve been living under a rock if you haven’t heard that the screen adaptation of Normal People has been watched by millions of enchanted fans all over the world, many of them homebound due to COVID-19 restrictions and desperate for a good old weepy romance to binge-watch.  Normal People, set in Sligo and Dublin and centered around young lovers Connell and Marianne, delivered in spades, so of course it makes perfect sense to bring Conversations with Friends to life.

According to Deadline.com, the book “follows two female college students in Dublin who forge an unexpected, strange, and sexually charged relationship with an older married couple, which results in a complicated pair of love triangles that upends their lives.”

The same production team behind Normal People will return for Conversations with Friends, and Oscar nominee Lenny Abrahamson will again direct.  None of the lead roles have been cast yet – how wonderful, but probably unlikely, would it be if Normal People breakout stars Daisy Edgar Jones and Paul Mescal were tapped again.

“Sally Rooney perfectly and beautifully captures the complicated dynamics of relationships in her stories,” said Beatrice Springborn, vice president of content at Hulu.

“After bringing that to life in Normal People to an overwhelmingly positive response, we are honored to do the same with Conversations with Friends. We are excited to continue our creative partnership with Sally, Element Pictures, Lenny and the BBC, which has been a dream collaboration.”

Sounds like another smash hit in the making for Castlebar, Co. Mayo native Rooney, who’s only 29 years old.