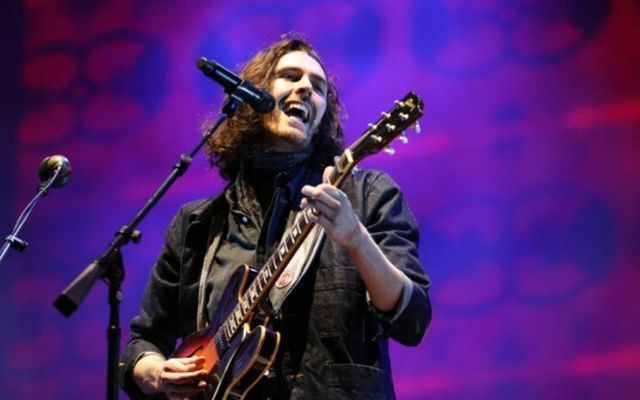 Hozier's haunting performance of the Simon and Garfunkel classic "Bridge Over Troubled Water" was one of the standout moments of RTÉ Does Comic Relief on Friday night.

The performance drew plaudits from all quarters on social media.

One Twitter user called it "stunning", while RTÉ's Des Cahill said it was an emotional tribute to all those who had died from COVID-19.

Awesome! #Hozier in Croke Park remembering those who died during Covid. A fair bit of emotion tonight on #RTEComicRelief 🤤 pic.twitter.com/LqlwPBT6rS

Niall Breslin of the Blizzards, also known as Bressie, said that Hozier might be the "most complete and best vocalist in the world" after watching the performance.

However, the stunning performance was only a small part of a four-hour fundraising marathon that raised more than €5 million for The Community Foundation For Ireland, a philanthropic organization that will distribute the funds raised between the 4,000 non-profit organizations it represents.

Paul Mescal and Daisy Edgar-Jones reprised their roles as Connell and Marianne for the special episode.

Lenny Abrahamson returned to direct the special episode, which takes place after the events of the hit TV show.

Dublin actor Scott took confessions from Connell and Marianne in the hilarious crossover with the trio eventually singing Tracy Chapman's "Baby Can I Hold You".

Connell's chain, which has become an international celebrity in its own right, also made a comical appearance in the crossover.

Connell, Marianne and a certain Hot Priest meet in a confessional — all for a great cause. Donate to @RTE & @RTEOne's #RTEComicRelief now: https://t.co/fXIbEn0Ppy pic.twitter.com/nWycAQlH5K

Saoirse Ronan's attempts to give the cast of Derry Girls acting tips over zoom was a massive hit among viewers, while Roy Keane's participation in a "How Cork Are You?" quiz also proved to be extremely popular.

There were guest appearances from Niall Horan and Foil Arms and Hog with Hozier also featuring in a comedy sketch with Irish comedian Aisling Bea, who taught the Irish singer a few tricks of the trade about the comedy industry.