"Normal Older People" will imagine what became of Connell (Paul Mescal) and Marianne (Daisy Edgar-Jones) 40 years on from the original show's finale. 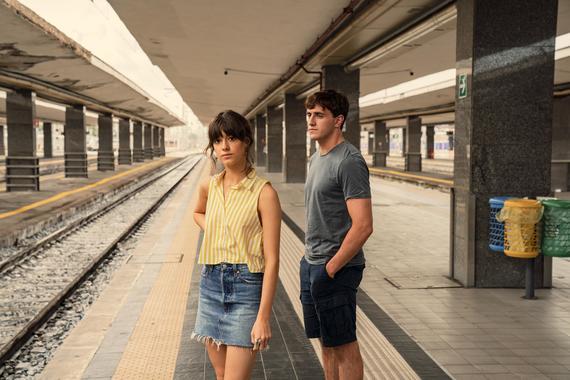 "Normal Older People" will imagine what became of Connell (Paul Mescal) and Marianne (Daisy Edgar-Jones) 40 years on from the original show's finale.

Oscar-nominated director Lenny Abrahamson will return to direct the two episodes which will air on RTÉ Does Comic Relief, an emergency fundraiser kicking off at 8 p.m. BST on Friday night.

Richard Curtis, co-founder of Comic Relief, confirmed the news on Sunday's with Miriam on RTÉ Radio One and announced that Mescal and Edgar-Jones would be reprising their roles as Connell and Marianne.

"There's a beautiful piece called Normal Older People, which is imagining what would have happened to Marianne and Connell 40 years from now. I promise you, these are two very special bits," Curtis said.

"It's so much better than anything we've ever made. I mean I can't even say all about it because there's a guest star in it. But it's really, it's really beautiful."

A number of Ireland's brightest stars from a whole host of industries will also be appearing on the televised fundraiser on Friday night.

Chris O'Dowd, Saoirse Ronan, the cast of Derry Girls, and Fleabag star Andrew Scott will all be appearing on the special broadcast.

All proceeds from the event will be going towards The Community Foundation For Ireland, a philanthropic organization that will distribute the funds raised between the 4,000 non-profit organizations it represents. The organization will be helping those most in need as a result of the COVID-19 pandemic.

To donate or to find out more, click here.