Zoom cocktail parities just won't cut it for the young stars of the Hulu / BCC hit. 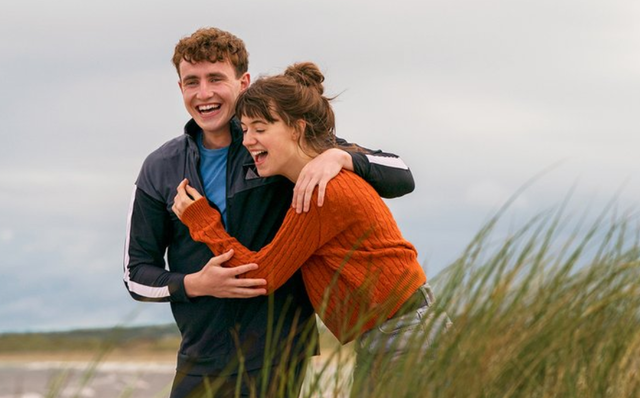 Catapulting into stardom during the COVID-19 lockdown has been quite strange for the young stars and Daisy Edgar-Jones is really missing her crew.

Filming Normal People, a smash hit on Hulu and the BBC, has turned out to be life-changing for its stars Paul Mescal and Daisy Edgar-Jones, who play the young Irish on-off lovers at the center of Sally Rooney’s novel set in Sligo and Dublin.

The show broke BBC records and is big on Hulu too, and the stars have been doing a bunch of Zoom interviews to talk about how their careers have exploded in the era of coronavirus.  Daisy, 22, told the new issue of Porter magazine that she misses being able to gather with the cast to toast the show’s success.

“We’ve done the odd cocktail Zoom party,” she says. “It would have been fun to do all the screenings and things, but what I really am desperate for is the celebration with my mum and dad and my friends… I’m best friends with all the cast, so I just want to be able to have a little scream and a dance [with them], because it is bonkers.”

Her co-star Mescal, who plays heartthrob Connell, is a keeper, Daisy adds.

"He's a wonderful, wonderful person and a very giving actor," she said. "He'll be a friend for life."

Speaking of Co. Kildare-born Mescal, his star is shining as bright as Daisy’s.  He has legions of female admirers thanks to his first major acting role, especially since he’s been walking around London during these sunny days in short-shorts, with the paparazzi not far behind.

“To be honest, it's uncomfortable,” Paul, 24, recently told The Sun when asked about all the female attention he’s receiving.

“I'm not trying to be full of faux humility but it's a weird thing when people are very quickly attracted to a character you play.”

We told you a couple of weeks ago that Paul donated one of his neck chains to the Irish suicide prevention charity Pieta House for auction.  The chains he wore throughout Normal People have become so popular that a fan page dedicated to them has nearly 200,000 followers on Instagram!
Anyway, the auction raised more than €70,000 for Pieta House. “Thank you so much to everyone who participated ....70340 euro is a huge amount of money and will go a long way in supporting Pieta’s vital services x,” he tweeted to his fans.