The 22-year-old is London born and bred, but you wouldn't know it from watching Normal People where she pulls off an immaculate western Irish accent. 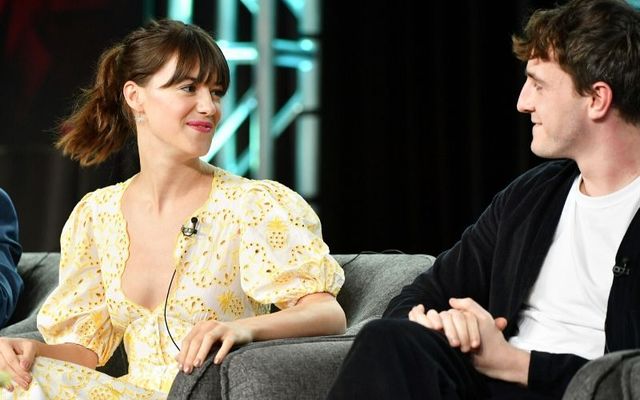 Normal People star Daisy Edgar-Jones pulls off a perfect Irish accent in the hit BBC / Hulu show, and it is a surprise for some people when they learn that she isn't Irish at all.

The 22-year-old is London born and bred, but you wouldn't know it from watching Normal People where she pulls off an immaculate western Irish accent.

Edgar-Jones, who plays Marianne in the popular show, revealed how she managed to pull off the accent in a recent interview with the Irish Independent.

She attributed her accent to her mother Wendy, who is from Northern Ireland, and she said that she spent a lot of time listening to Normal People author Sally Rooney talking on podcasts.

She told the Irish Examiner that she always talks in different accents with her mother which has helped her to be tuned in to different inflections.

The English actress said that she felt huge pressure to get it right since she was working with an almost fully Irish cast.

"I knew it was important to get the accent right because I was acting with Paul and a cast of Irish people.

"It would have been something unforgivable to get wrong."

Edgar-Jones explained some of the differences between the Irish accent and the English accent.

"It is kind of like singing and I have been over to Ireland loads of time as a child so I had an understanding of the 'r' sound and the specifics of the accent and sensibilities."

She also explained that she was mortified by the Irish tendency to say hello when passing complete strangers on the street.

"I always found it shocking when people would walk down the street and say 'hi' to complete strangers.

"I was coming from London and this was just horrific to me."