Connell's chain, the unexpected breakout star from the Hulu / BBC drama "Normal People," is being raffled off by the show's Irish star Paul Mescal in support of the Irish charity Pieta House. 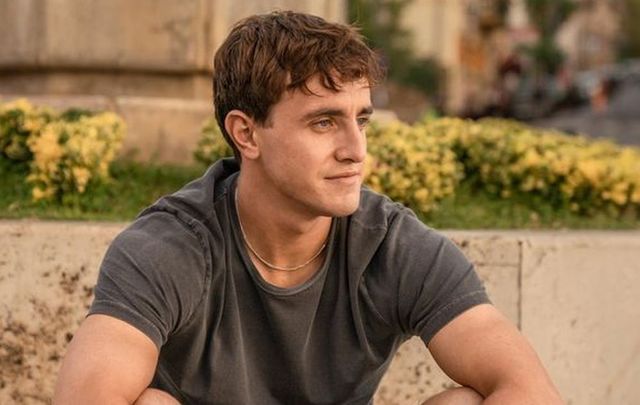 Paul Mescal, as Connell, and his silver chain. Hulu / BBC

"Connell's Chain" is one of the unexpected breakout stars from BBC / Hulu's adaptation of "Normal People," and now it's being used for some good!

Connell's chain - the necklace worn by actor Paul Mescal throughout the BBC / Hulu adaptation of Sally Rooney's award-winning novel "Normal People" - is now being used to raise money for charity.

Mescal, a native of Co Kildare, announced on his Instagram that the now-famous chain, which even has its own Instagram account, will be auctioned to support the Irish charity Pieta House, which provides free mental health services in Ireland.

“I've decided to support @pieta.house. I've personally seen the amazing work this charity has done in terms of helping those in need,” Paul informed his 700k-plus Instagram followers.

“I will be raffling one of my chains by @roxannefirst and all proceeds will be going to pieta. Anything you can do to support will be greatly appreciated.”

Delighted to be on the cover of @stylistmagazine this week! Thank you to @tomvanschelven for the pictures and @helenrollerskates for the interview! In light of ep 9 and 10 airing on BBC and RTÉ today and tomorrow, episodes that deal with mental health and suicide, I've decided to support @pieta.house. I've personally seen the amazing work this charity has done in terms of helping those in need. I will be raffling one of my chains by @roxannefirst and all proceeds will be going to pieta. Anything you can do to support will be greatly appreciated. The link to the raffle is in my bio. X

As of Wednesday afternoon, the auction raised more than €35k! Well done to Paul and Pieta House whose work has never been more vital.  The auction will be live until June 8 - you can visit their website to make a bid.

Connell's Chain has taken on a life of its own since the show's debut and now an Instagram account called @ConnellsChain has attracted more than 167k followers.

As far as the second season of Normal People goes – there’s been lots of talk, even though the show ends where Sally Rooney’s novel does. Mescal said he would be delighted to have another go as Connell, who was on the verge of moving to New York City when the series concludes, leaving his on-off girlfriend Marianne behind.

But will that happen? Probably not, he says.

“There’s no question that (Connell) to me is still alive and breathing and very much has a lot of life left to live and has a relationship with Marianne that is maybe unfinished,” Mescal told the Daily Mail.

“I do feel like the series that has finished is its own thing, and I’m totally comfortable with that. It’s not on the cards at the moment, but if I got the opportunity to play him again, amazing.”