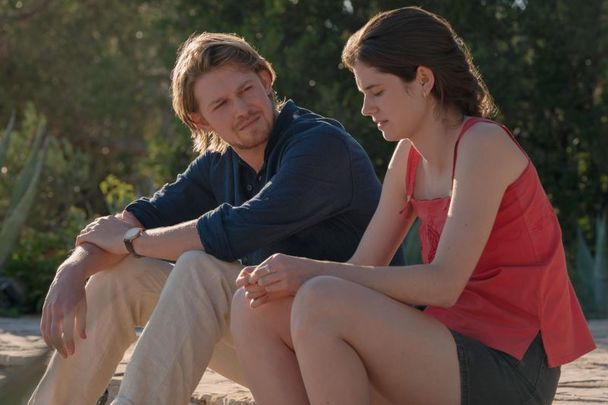 The reviews are in for "Conversations With Friends", and it seems many critics agree with Cahir O’Doherty’s verdict in last week’s Irish Voice – the adaptation of Sally Rooney’s first novel is, eh…okay but kinda boring.

However, one all-important influencer, none other than Taylor Swift, has given her seal of approval to the show, not surprising given that her partner of six years, Joe Alwyn, is the male lead.

“Can confirm it’s phenomenal,” Swift wrote on her Instagram story on Sunday, sharing a good review from Time magazine of the 12-part series, adapted from Irish author Sally Rooney's novel, which is now streaming on Hulu.

In fairness, "Conversations" had a lot to live up to. Its big sibling, "Normal People", which debuted exactly two years ago just as the pandemic took hold, was a massive critical and commercial hit, making stars out of leads Irish actor Paul Mescal (and his tiny Irish GAA shorts!) and British starlet Daisy Edgar-Jones.

Comparisons between the two shows, both set in Ireland – Rooney is from Co. Mayo – were inevitable. And many are not so kind.

Variety magazine opined:“'Conversations With Friends' follows the 'Normal People' pattern so closely that it often feels more like a faded impression rather than its own series. In trying to replicate what made the 'Normal People' adaptation work, with the same creative team to boot, this version of 'Conversations With Friends' becomes strangely bland, as if leeched of all its flavor."

The headline of the Washington Post critique was succinct, and biting: “So Snoozy You’re Better Off Taking a Nap.”

The reviews weren’t all bad. New York magazine led the cheerleading and heralded the “sexual frankness (as) key to what makes this adaptation of Sally Rooney’s debut novel ... such an absorbing exploration of commitment, friendship, and romantic love.”

Rooney has a massive, global fanbase, and it’s very likely that "Conversations with Friends," now streaming on Hulu, will post big viewer numbers.