Taylor Swift was reportedly at the wrap party in Belfast for Hulu's "Conversations with Friends," which her boyfriend Joe Alwyn is featured in. 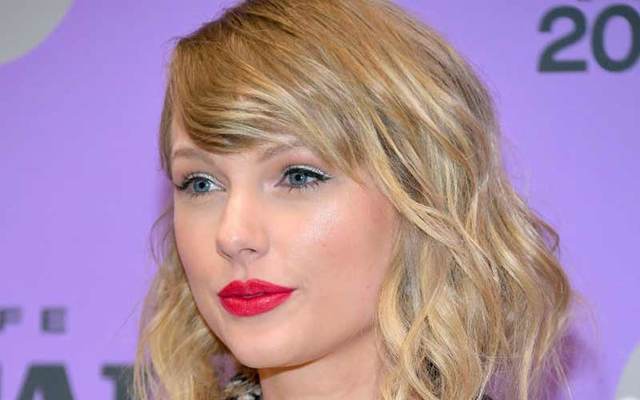 Taylor Swift's diehard fanbase, known as ‘Swifties,’ was sent into a frenzy on Sunday when selfies of the American pop star began to appear on social media, reportedly taken in Belfast at the "Conversation with Friends" wrap party.

Swift’s longtime beau, British actor Joe Alwyn, is amongst the cast of "Conversations with Friends," the second television adaptation from bestselling Irish author Sally Rooney, who just last week released her highly-anticipated third novel “Beautiful World Where Are You.”

A picture of Alwyn with Irish actress Alison Oliver, who is starring in Hulu's "Conversations with Friends," is also making the rounds:

Joe Alwyn and Alison Oliver at the wrap party for Hulu's 'Conversations with Friends' in Belfast. pic.twitter.com/jTrXWHW5B6

Judging by the pictures spreading across social media, Swift was kind enough to take selfies with staff at Shu Restaurant in Belfast, where the wrap party was reportedly held on Sunday.

🚨| More photos of @TaylorSwift13 with fans on Belfast. pic.twitter.com/OPHGdsL73v

One eagle-eyed Swiftie pointed out that the American pop star was wearing the 'Esther' dress from the brand Reformation in none other than its green “Shamrock” print - how fitting!

Earlier this year, Swift's Irish fans were sent into a similar frenzy when she posted pictures to Instagram and Twitter to promote the release of her single "The Lakes."

In one of her photos, fans spotted a distinctive footbridge in the background believed to be the one in Portsalon in Co Donegal.