Taylor Swift sent Ellen Glynn and Sara Feeney a letter and a painting after hearing how the Irish cousins sang her songs while stranded in Galway Bay last summer. 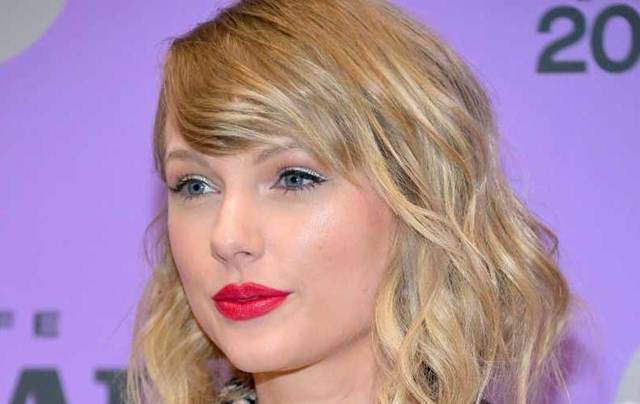 Irish cousins Ellen Glynn and Sara Feeney recounted how they sang Taylor Swift's song "Exile" during their terrifying 15-hour ordeal after drifting out on paddleboards on Galway Bay in August 2020.

Swift sent Glynn a letter to say how moved she was by the girls' ordeal, and also included a painting that includes some of her lyrics, according to The Times.

Last August, Glynn and Feeney drifted out while paddleboarding one summer evening at Furbo Beach in Galway Bay.

After a terrifying 15 hours on the water where they drifted some 33km towards the Cliffs of Moher, the two were rescued by Irish fishermen Patrick Oliver and his son Morgan.

The lucky Irish women have recounted their ordeal for the new RTÉ Documentary on One: Miracle in Galway Bay.

“As soon as the sun went down, it just got really cold.

“I don’t think me or Sarah were out loud worrying but obviously we were kind of thinking, ‘Oh god, this is bad.’ And I was kind of getting a little bit stressed.

“And I had a song stuck in my head that kept playing on repeat and I needed to get it out, so I just burst into song - ‘I think I’ve seen this film before and I didn't  like the ending.’

“Sarah thought I was insane, but then she started singing along. It was a distraction, it blocked us from having the worries for a while.”

The song Ellen references is Taylor Swift’s “Exile,” which was included on her 2020 album “Folklore” and features singer-songwriter Bon Iver.

After clinging to a crab pot, the two girls, who had endured swells, heavy rain, cold temperatures, and thunder and lightning, were rescued by the two Irish fishermen and then transported to hospital by the Irish Coast Guard.

You can listen to RTÉ's Documentary on One: Miracle in Galway Bay here.

Meanwhile, Swift marked the one-year anniversary of the release of 'folklore' in a tweet on July 24. Her diehard fanbase, self-proclaimed Swifties, quickly identified the background of the pictures she included in the tweet as being taken in none other than Co Donegal.

It’s been 1 year since we escaped the real world together and imagined ourselves someplace simpler. With tall trees & salt air. Where you can wear lace nightgowns that make you look like a Victorian ghost & no one will side eye you cause no one is around https://t.co/4Gfmh9hXDs pic.twitter.com/MmsujVaV83