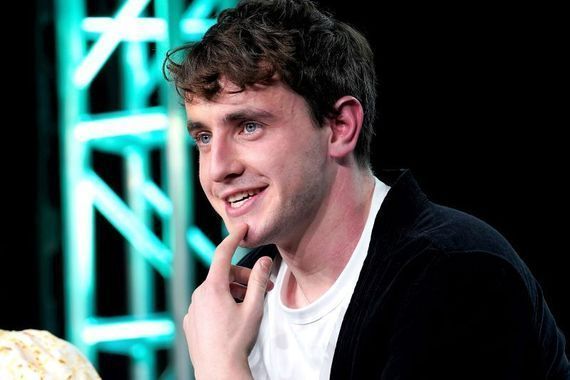 "Normal People" star Paul Mescal sported a pair of GAA shorts alongside a €10,000 fleece for a photoshoot with fashion magazine GQ.

The brown fleece, called a pullover, is designed by French high-end luxury clothing company Hermès is on the market for a cool €9,950.

Mescal, who rose to prominence as Connell in the popular mini-series, sported a pair of €25 Kildare GAA in an unusual juxtaposition of Irish sporting clothes and high-end fashion.

The fashion shoot has caused something of a stir on social media, with fans divided over whether Mescal pulled the look off or not.

Kildare GAA capitalized on the newfound appeal of what are ordinarily just a pair of white sports shorts.

No one had a bigger year than #NormalPeople's @paul.mescal, so we'll let him tell you about it (at the link in bio). Photographs by @alasdairmclellan. Styled by @elliegracecumming. Profile by @gabriellapaiella.

In a post on Twitter, Kildare GAA encouraged fans to buy a pair of "vintage shorts" as an ideal stocking filler for Christmas time.

Great to see our 'Vintage Shorts' feature in @GQMagazine. An ideal stocking filler this Christmas⬇️ https://t.co/1GwwdVyhFL

Mescal also spoke to GQ for the November issue of the magazine about the sexualization of Connell's chain in "Normal People".

The chain has become a star in its own right since Normal People exploded onto the scene and an Instagram devoted to the chain has amassed more than 180,000 followers.

"I think there has been a kind of leaning on the sexualising of it, which has been a little bit difficult to adjust to," Mescal told GQ.