Mescal was snapped in a pair of Maynooth GAA shorts as he bought beer in a local store in London and the image has since gone viral. 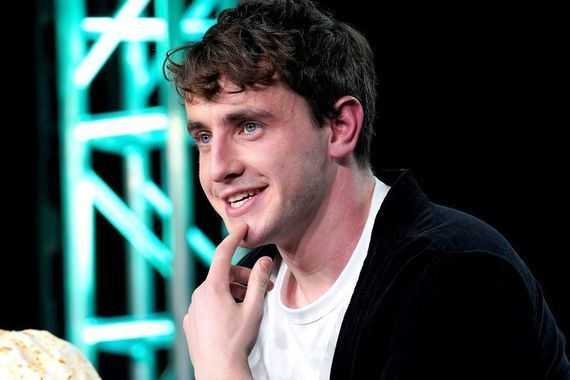 Paul Mescal might have inspired an unexpected fashion trend. Getty

Mescal was snapped in a pair of Maynooth GAA shorts as he bought beer in a local store in London and the image has since gone viral, inspiring an unexpected fashion trend.

‘Arriving to training the Tuesday after kicking a point from corner back,’ as former Kildare underage star Paul Mescal himself wrote on Twitter earlier. #GAA #NormalPeople #Connell

Mescal has stolen thousands of hearts with his portrayal of Connell in Normal people and an Instagram account dedicated to his character's chain has gained more than 180,000 followers.

Now, however, it appears that Mescal's GAA shorts are also set to go viral with one of the world's most famous fashion brands appearing to cash in on the Irish sport's newfound international popularity.

Gucci, the world-renowned high-street fashion store, has recently released new shorts as part of its summer collection and the shorts are remarkably similar to those worn by GAA players around Ireland - and by mescal in that viral picture.

The GAA-style Gucci shorts are available for a whopping $790, around $770 more than a standard pair of GAA shorts.

O'Neills, the chief manufacturer of GAA shorts in Ireland, tweeted a brilliant response about the shorts and joked that they were "102 years" ahead of the famous fashion brand in discovering the trend.

Only 102 years ahead of ye lads @gucci, we’ve been keeping Ireland stylish since 1918 😎 pic.twitter.com/4Au9skR7aa

Fashion magazine GQ, meanwhile, said that Mescal was set to inspire a trend of short shorts over the summer.

GAA shorts, by nature, are very short and airy, and GQ said that Mescal contributed to a trend of short, airy and floaty shorts that closely resembled boxer briefs.

"Paul Mescal, the hunky alabaster actor from across the Irish Sea, is the surprise style icon of the lockdown summer," the fashion magazine said.