Paul Mescal, the Irish star of 'Normal People,' could hardly believe it when he got a shout out from the famous composer Andrew Lloyd Webber on Twitter. 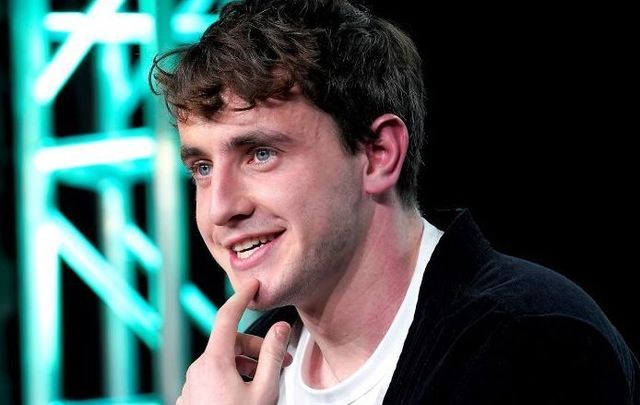 Andrew Lloyd Webber is the latest high-profile celebrity to jump on the Paul Mescal bandwagon after he invited the Irish acting sensation to join in on a 'Phantom of the Opera' singalong on Twitter.

Before 'Normal People,' Mescal made his acting debut in a high school production of the famous musical, which Webber wrote the music for.

The Co Kildare native discussed his early acting career and his performance in the musical on RTÉ's Late Late Show and word somehow reached Webber that one of the most sought-after actors on the planet had appeared in one of his musicals.

Webber reached out to Mescal on Twitter to ask him if he wanted to perform a few numbers from the hit show that has run for decades on the West End and on Broadway.

"Hi Paul! I heard that you are part of the Phantom alumni, fancy a singalong? - ALW."

@mescal_paul Hi Paul! I heard that you are part of the Phantom alumni, fancy a singalong? - ALW

Mescal was ecstatic and asked Webber whether he was being serious.

"OMG is this a real thing," Mescal said on Twitter.

OMG is this a real thing ?

Webber said that he'd "love to chat and "maybe have a singalong" in response, so it looks like it really is happening.

Yes, would love to chat and maybe have a singalong?! - ALW

Neither Webber nor Mescal said how such a singalong would even take place, but one thing is certain - absolutely everybody wants a piece of the young Irish actor right now!

Mescal has appeared alongside his 'Normal People' co-star Daisy Edgar-Jones on some of the world's most popular talk shows in the last week, including The Late Late Show with James Corden and the Graham Norton Show on the BBC.