The Kildare actor made his acting debut in the hit series and has become a household name and an overnight sensation. 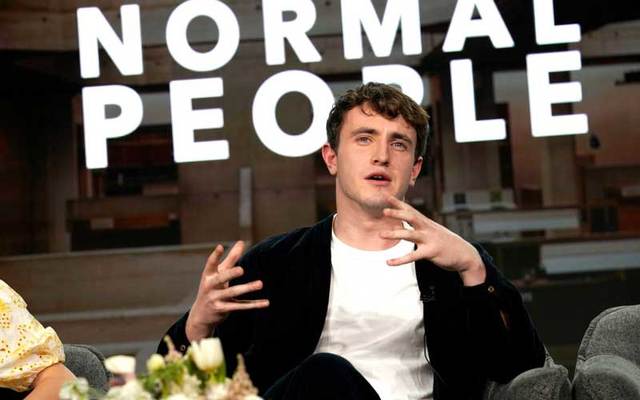 "Normal People" star Paul Mescal was the most-searched name on the internet last week, as the hugely popular Hulu show continued to grip viewers around the world.

The Kildare actor made his acting debut playing Connell in the hit series and has become a household name and an overnight sensation.

Everyone from the Kardashians to Niall Horan has been watching the hit show, so it is hardly surprising that viewers want to find out more about the young Irish actor, who was a complete unknown less than a month ago.

Mescal and co-star Daisy Edgar-Jones were speaking to James Corden on the Late Late Show in the US on Wednesday, May 13, and the host revealed that Mescal was the most-searched name on a number of search engines.

"I don't know if you know this, but last week you were the most-searched person on various sites on the internet. How are you and your family coping with this newfound attention?" Corden said to the Irish actor.

Mescal seemed genuinely shocked by the news and joked that it terrified him.

"I actually didn't know that and that is sorta terrifying me now. You've ruined my life," the actor joked.

"It's one thing for me because I feel I have some degree of control over it - even though I have absolutely no over what people searched and google - but I think for my parents it's been a bit of a culture shock."

Mescal said that a couple of journalists had doorstepped his parents after the show went viral and said that he had to teach his dad to say "no comment" when snooping journalists came knocking.

The revealing sex scenes have been the source of huge debate on RTÉ's Liveline - a daily phone-in radio chat show - and a small number of people found the scenes offensive or inappropriate.

The pair shared some of their more embarrassing stories from filming the scenes while Edgar-Jones joked that they had no "embarrassment threshold" left.

Mescal and Edgar-Jones haven't seen each other since "Normal People" was released and the acting duo plan on celebrating when the COVID-19 lockdown is lifted.