"Conversations with Friends" echoes some of the earlier beats of "Normal People" – ambivalence, desire, betrayal, and so on – but this time the cringe factor could be measured on a Richter scale. 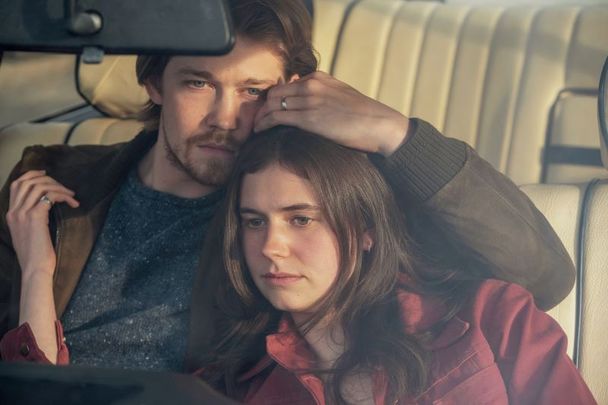 Joe Alwyn and Alison Oliver in a scene from "Conversations with Friends." Hulu / Enda Bowe

Well, I say modern, but let's face it, seeking escape from an unhappy marriage in the arms of a lover has been all the rage in novels since the 19 century.

So it would be fair to say that Sally Rooney's debut novel "Conversations With Friends" treads old ground in new shoes, and the intense feelings that infidelity (and its consequences) generate is her main subject, as is the dubious morality of adultery and the challenges of monogamy.

It's all pretty heady stuff for a twenty-one-year-old still studying at Trinity College, but Frances (played by Cork-born Alison Oliver, 23), the hero of the book - and now the twelve-part Hulu series - is nothing if not ambitious.

First of all, there is her friendship with Bobbi (played by Sasha Lane), a gorgeous, gay bohemian American girl whose parents have moved to Ireland and who, we discover, Frances has once had a passionate love affair that has now mellowed into a supportive friendship. 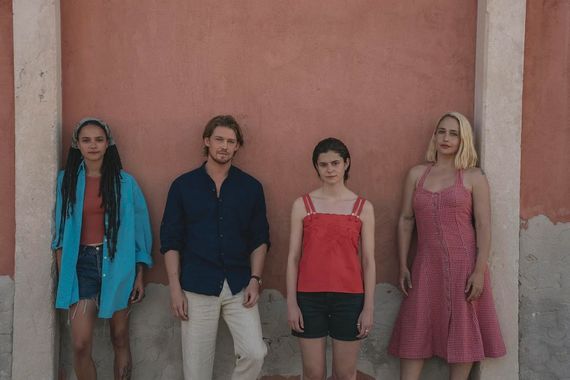 Then comes Nick, the aforementioned handsome man (played by Joe Alwyn, actor, and partner of pop icon Taylor Swift), whose beauty and attractiveness manage to explode all the irony and distance Frances usually likes to place like between herself and the world.

Nick takes her out of her head and puts her firmly back into her body and for this she loves and resents him in about equal measure.

Rooney's book was praised by critics for being so smart about how privileged young people navigate or fail to navigate their own heads and hearts, with considerable and sometimes life-changing consequences for the people around them.

Director Lenny Abrahamson once again does the honors with the screen adaptation, casting another blank-faced brunette in the lead. Alison Oliver could be Daisy Edgar Jone's of Normal People's twin sister (both are 23). Their default setting seems to be low-key discomfort in their own skins and furtive secretiveness.

What is also a default setting in Rooney adaptations is a plethora of accents that run the gamut from England, America, and the mid-Atlantic, throwing up some unanswered questions of their own.

What is the smoldering British film star Nick doing living in Dublin with his equally smoldering - and British - writer wife Melissa (Jemima Kirke, best known for her work on Lena Dunham's "Girls")? I mean, it's certainly possible, but in Monkstown? How did they fetch up there? 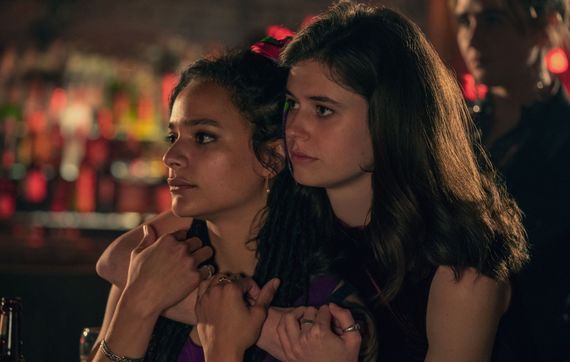 When Bobbi and Frances perform at a poetry jam they impress Melissa, who invites them back to Monkstown for wine served in long stem glasses.

Melissa instantly vibes with Bobbi but the shy, withdrawn Frances ends up taking in the kitchen with the angelic-looking Nick. Sparks don't exactly fly. Instead, they begin a halting, cringing discussion – the first of many in the series – where Nick barely talks above a whisper but where his interest in Frances becomes apparent.

What Paul Mescal brought to "Normal People" – a big, smart, basically sound country lad out of his depth with Daisy Edgar Jones' subtle Marianne – actor Joe Alywn as Nick attempts to bring to "Conversations With Friends." But this time, the hero is a mysterious upper-middle-class boy who hides his own feelings just as successfully as Frances does hers, meaning the new pair often exhaust each other trying to figure out what the other thinks and wants.

To tell the truth, after the first six episodes, they soon start to exhaust the viewer with their many unexpressed feelings too. This new adaptation echoes some of the earlier beats of "Normal People" – ambivalence, desire, betrayal, and so on – but this time the cringe factor could be measured on a Richter scale.

When Melissa innocently invites Frances and Bobbi to join Nick and her friends to her seaside holiday home in Croatia, Frances (who has already started sleeping with Nick behind Melissa's back) immediately demurs. She's horrified by the potential awkwardness she wisely foresees, but Bobbi forces her hand and they catch a flight.

What follows has a horror film feel to it. The two furtive lovers are forced to have frequent, deeply uncomfortable conversations about how uneasy they both feel, how awkward the whole setup is, and how they never would have planned it themselves (although they are admittedly happy to see each other).

Beneath their mortification lies the old desire of course, and beneath that lies danger. Privately, Melissa and Nick are having frequent spats and eventually we discover Nick has recently suffered from very serious depression – then we learn that during that depression Melissa had an affair with Nick's best friend. Ouch.

These helpful nuggets allow Frances to navigate her own guilty conscience, which has been eating at her since the affair with Nick began. Nick too has his own misgivings but the affair with Frances, but it has brought him back to himself and taken him out of his depression.

You may have a hard time pursuing or caring about all this information in a show that, it must be said, increasingly plods from episode to episode, testing my patience to the point of snapping. 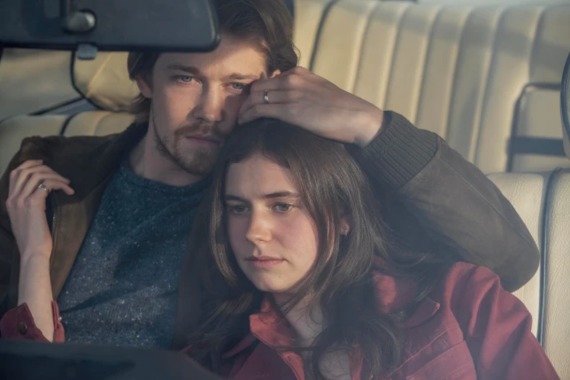 Joe Alwyn and Alison Oliver in Conversations With Friends

Some of the show's awkward romantic ambivalence is down to age, Frances is only twenty-one and inexperienced with men. But Nick is thirty-one and should be a little further along when it comes to putting his cards on the table.

What can be compelling on the page isn't always in film, we are often reminded. Tense emotional withdrawal, which is the top note of this series, makes for frustrating viewing when it runs to twelve episodes.

There are a few too many false notes. We are told that Bobbi and Frances are lovers turned friends, but actress Sasha Lane often looks at Alison Oliver as though she were contemplating striking her. This is what intimacy and respect and love look like? It mostly looks like contempt.

Joe Alwyn barely speaks above a whisper for most of the long series and for the most part looks like he'd almost be anywhere (possibly recording another song with his famous girlfriend) other than where he finds himself, which may be a character choice or a human desire, I couldn't tell.

Even Dublin itself looks like a strange afterthought. I barely heard an Irish accent in the show and I wondered about that since it is mostly set in Dublin. Perhaps it had terrible trouble openly expressing itself too, I thought.

Sadly, "Conversations With Friends" is not the same involving watch that "Normal People" was. It's because the main character's self-involvement often tips over almost into self-parody, as though anticipating a caustic French and Saunders Sally Rooney skit where no one can ever bring themselves to ask for what they actually want. Awkward!

"Conversations With Friends" arrives on Hulu beginning May 15.