Calam Lynch, 27, latest son of the Cusack acting dynasty, plays one half of the most reluctant love match on the hit show. 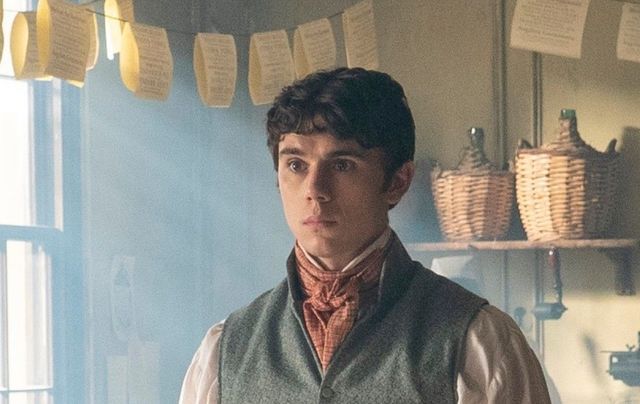 The best romances are often enjoyed by the people who scorn to be in them, as the new season of Bridgerton on Netflix comically reminds us.

When the two least eligible suitors in the blockbuster show meet, sparks fly, albeit awkwardly.  Calam Lynch, 27, latest son of the Cusack acting dynasty,  plays one half of the most reluctant love match on the hit show.

Part of the charm of season two – and the show is an avalanche of charm – can be found in the hesitant, shy, awkward and unwilling romance between Eloise Bridgerton (Claudia Jessie), the young woman who scoffs at the idiotic couplings she sees all around her, and Theo Sharpe (Lynch), a dashing young man with the decidedly modest job of printer's assistant.

With her bohemian disdain for the ordinary, Eloise is a free thinking young feminist in the making who is a set up for the idealistic Theo, although both of their ambivalent intellectual natures make the wooing hard going almost from the outset. 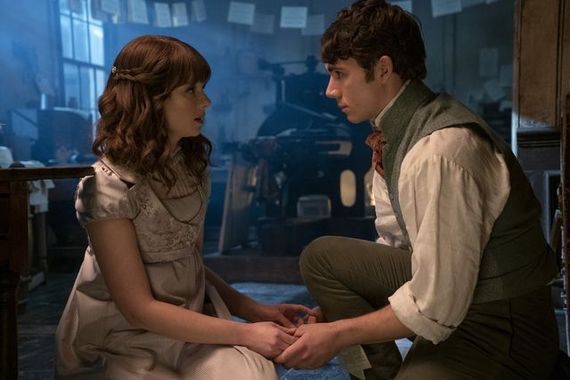 Whatever you think about these developments or indeed Bridgerton  itself, it's already the biggest hit in the history of Netflix. Part Jane Austen, part fairytale nonsense, where you stand on it probably depends on how you feel about gorgeous actors playing lovestruck suitors in big budget regency romances.

For a lot of you, that already spells binge-able catnip. Since its first episode the Shondaland production has turned the dial up to one hundred on the costumes, settings, intrigue and romance with spectacular results.

Viewers who grouse that the show is insulting, offensive and a-historic nonsense (I raise my hand here) and worse that it turns real English history on its head (I raise my hand enthusiastically here) are being overlooked by the worldwide viewers that come to ogle the dresses and the racy romances.

Season one of the show was a bodice ripper in the most literal sense, but season two has been altogether more demure by comparison, a thing you could watch with your aunts without blushing.

Bridgerton doesn't make anything of the class barriers separating the two would be lovers, although Regency England certainly would have. In the same way that race, sex, orientation and background are just details rather than barriers in this fairytale show, we find that for Theo and Eloise the issue is how do they get over themselves, rather than what people think about them.

Like Nicola Coughlan, who plays Penelope in the show (and someone else too, but I won't spoil it for you) Lynch is a fellow Derry Girls alum. He played John Paul O'Reilly, the boy who stood up Erin in the episode The Prom. That means he's the other Irish person on the second Netflix blockbuster. 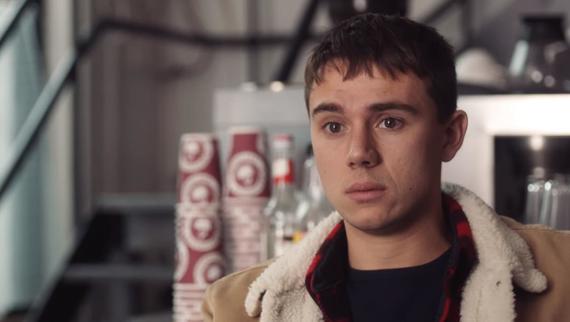 Calam Lynch as an unenthusiastic suitor in Derry Girls

Lynch is also over and back to Ireland all the time. Last month he traveled over to catch his mother Niamh Cusack starring in Brian Friel's Faith Healer at the Abbey Theatre in “I went over to Dublin to watch that and I've always spent a lot of time in Ireland and Dublin specifically, because we still have loads of family there,” Lynch tells the Voice. “My first two film jobs were in Belfast and I'd never spent any time in the north before, so that was really interesting. There's loads of stuff filming there and there's loads of great theater, so I'm hoping that something lines up nicely that I can do in the next few years.”

Being Irish, like Nicola, or of immediate Irish descent, as he is himself, does he ever have any anxiety about the way in which Bridgerton revises actual British history in favor of this candy colored one?

“I've gotta say I don't really, because I think it really knows what it is. I think the beauty of Bridgerton is that it manages to entertain fantastically, which all Shondaland shows do. I think it is culturally relevant too. It's not just the color blind casting, but color conscious casting. The people of color in the series are not playing white characters, they're playing people of color."

"I mean, I don't know the history as well as the producers and the writers, but I know there's lots of people who think that perhaps the real queen Charlotte wasn't completely white. So there is some historical basis for that. I think it's managing to be culturally relevant, even though it's obviously a lot of fun and that's probably the main thrust of the show.” 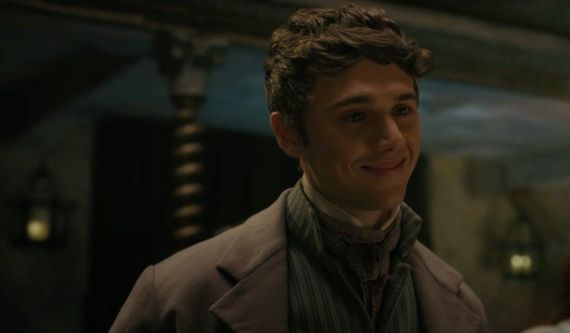 Now that he's in it, in a major starring role, is he ready for the level of celebrity that goes along with it? “I mean, I think so,” he laughs. “You know, it's been a couple of weeks since it's come out and it's just been lovely, because usually I have to drag my friends to the TV to watch things I'm in and they dutifully come along.

“But with Bridgerton they're all so delighted that I'm in it. I got cast just before the first series came out and so I got to watch it blow up with the rest of the world. It's been great and all the fans are lovely and you know it's probably quite a boring cliche thing to say, but it's made by a really lovely group of people. And that seems to extend to the people who watch it and and send you messages and comments about it too.”

Are there Irish roles he'd be interested in playing? “I've only been doing it professionally for four and a half years, so I'm only just getting to a point where I'm starting to like choose my career rather than just doing the things that the industry tells you. But you know there's so many, I'd love to do Brian Friel plays and Martin McDonagh plays."

"I mean, we'll see what people will have me for, you know? It's always going to be an ambition of mine to do lots of work in Ireland. Hopefully the Irish casting directors and directors out there are watching Bridgerton and liking what I'm doing.”

If he had to pitch this season – and his romance - to the general public how would he? “Well, I think the story between Theo and Eloise is a really nice counterpoint to the romance between Anthony and Kate. They're both love stories and one is very steamy and sexy and the chemistry is off the charts and our characters are just figuring it out.” 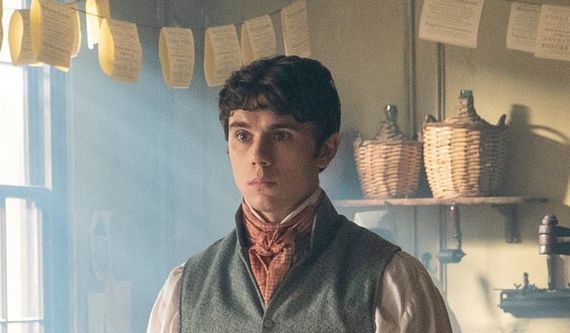 Is it fun to play somebody so heart shot? Everyone has that first love, the one that gives them butterflies. Did you enjoy the roles?

“It was really easy because Claudia and I got on really well and we both really loved the characters. Claudia has spoken about this, but even the stage directions in the script were fun. With Claudia and I there's the word nerds kept appearing in capital letters on the page.

Nerds or not, the affection between the pair feels real, and Lynch confesses some of it came from a real place. “It's not that long ago for me that I was it's having those feelings myself so I can really tap into feeling like that person is your entire world. I think there's always something so heartbreaking about like circumstance preventing people who are perfect for each other being together.”

“And that's what it is for the Eloise. If they were both in the same social class, then of course they'd be together. There'd be no question that they're perfect for each other, but it's the world that's conspiring to keep them apart. And I always find that a really heartbreaking thing to watch, because it's a heartbreaking thing when it happens in real life.”

Your family are an Irish acting dynasty. Did they roll their eyes when you tols them you were going to follow them into the family profession? “I did the national youth theater thing when I was 17, but I wasn't that interested in acting until I went to university."

"There I studied classics and I think the whole family were like, finally, one of us is going to be a lawyer or something. It'll be great. You see in my family only a couple of us have been to university, so at the end of my first year when I turned around and did my first play their faces fell,” he laughs.

“But as time has gone on, they've been incredibly supportive and it's been a beautiful thing, a special connection that I have to my parents and to the rest of my family, a language that will always be in common and I treasure it now.”

Bridgerton is now playing on Netflix.