Corsets and costumes! Nicola Coughlan opens up about Bridgerton

The Irish actress reveals what it’s like being the star of the new mega-hit Netflix series. 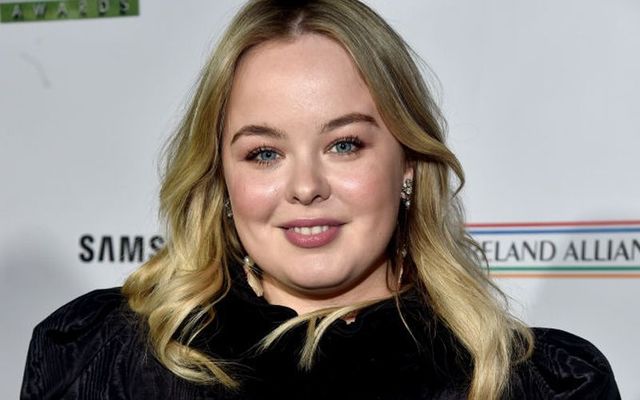 Irish actress Nicola Coughlan, star of Netflix’s "Bridgeton," talks about auditioning for the hit series, what it was like wearing those period costumes, and how she really feels about the color yellow.

In an interview with Vogue, the 34-year old Co Galway native revealed that not only was she the first actor cast in the production, but she got the role of Penelope Featherington after only one audition.

“I thought OK, audition one is going to be routine. Go in and read and maybe they’ll call you back. I thought, we’ll see if I ever hear back,” Coughlan said, laughing

“I got a call about a week or two later from my agent saying, ‘They want you for it,’ And I said, ‘Well what does that mean?’ Thinking it was some fancy Hollywood lingo I didn’t understand.”

“I didn’t know what to say! I was confused, more than excited, because I didn’t know how I would get it after one audition, it was so genuinely unexpected.”

Speaking about the auditioning process, Coughlan said: “You think about Shondaland and Shonda Rhimes being the most powerful woman in television—well, when I met Chris van Dusen, our showrunner, he said Shonda and I saw your tape and she turned to me and said ‘It has to be her.’

"All of those things make it very hard for me to even believe that it actually happened. Even though I’ve made the show, and I’ve seen the show, and I know that it did happen! But it’s real pinch yourself territory for sure.”

She also revealed that Shondaland is a fan of "Derry Girls."

Coughlan, who plays Clare in the show said: “That’s a show that, as well as 'Bridgerton,' has been a joy to make and be involved in. They’re both things that if I weren’t in them—I’d be jealous!

"Chris told me that Shondaland had used 'Derry Girls' as a reference for how well to introduce a world and characters. It’s lovely to have been part of things that have inspired people and touched their lives."

As for playing Penelope, she said: “She’s fascinating, because there’s so many different sides of her. She’s very naive and shy and not ready to debut in society. Her sisters are thick as thieves, and she’s not in that group. And her mum really judges her and her dad ignores her.

"But then you see this totally other side of her with Eloise, her best friend, where you see that she is this sparky girl with opinions, but she can’t be like that all the time… As an actor, it’s just a complete treat, because she’s so many things. She’s not good, she’s not bad. She’s a mix of everything.”

"That’s when I started to realize what the scale of the project was going to be. Everything was made from scratch, it was all hand-embellished, there was a jeweler on site. They literally filled a full warehouse full of fresh new clothing. Everything was so beautiful and it was a real feast for the eyes.”

Her character's signature color is bright yellow, and when asked if the color is now "ruined" for her, she responded: “That’s really funny that you say that, because my costume fittings started a few months before we began filming, and then I found myself going out and buying a lot of yellow… The dresses were so ridiculously over the top, but I thought they were beautiful! I was dressed like a Christmas cake every day, it was wonderful.”

"Bridgerton" is currently streaming on Netflix.