Derry Girls Nicola Coughlan takes us on a tour of her hometown, Galway

Nicola Coughlan, star of "Derry Girls" and "Bridgerton", pays homage to her native Galway in this new series. 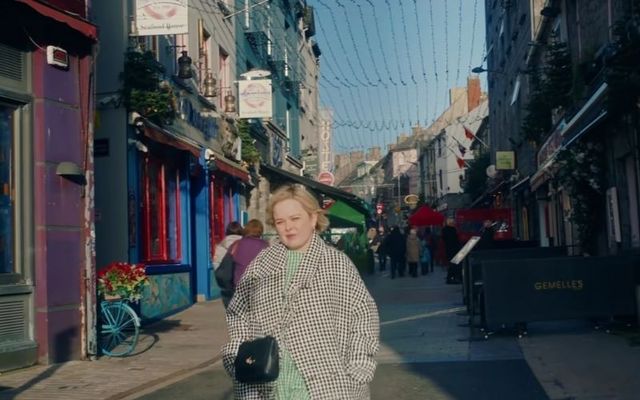 "Bridgerton" and "Derry Girls" star Nicola Coughlan has filmed a love letter to her native Galway as part of a new Netflix series.

In her episode of "Made in Ireland", Coughlan takes Netflix on a tour of some of her favorite places in her home county, including her old primary school and university.

The actress also visits her family home, delving through some of the things that kickstarted her acting career.

Among those items is a camcorder gifted to her by her older brother Kieran that kickstarted her love of the arts and a script from "Jess and Joe Forever"; the play that helped give her her big break as an actress.

Coughlan also revealed memorabilia from her "Derry Girls" auditions in the short video, including a notebook she made for her character Clare.

The eight-minute video includes interviews with her big brother Kieran and her sister Clodagh in their family home in Oranmore in addition to an appearance from her former drama teacher Edel during Coughlan's tour of Scoil Mhuire - her old primary school.

Coughlan also revisits the National University of Ireland campus and meets up with her life-long friend Maeve. She also takes viewers on a stroll through the streets of Galway City, visiting some of her favorite haunts.

Coughlan, who rose to prominence as Clare in the hilarious "Derry Girls", has continued her meteoric rise with her role as Penelope Featherington in the new hit series "Bridgerton" - a period drama based on the best-selling novels of Julia Quinn.

The drama follows eight siblings from the tight-knit Bridgerton family in search of love and happiness in 19th-century London.

The show aired on Netflix on Christmas Day last year and Netflix has projected that 63 million people will have watched it within 28 days of its release, making it the fifth-most watched Netflix launch of all time.