Sally Rooney’s “Conversations with Friends” to debut in May

"Conversations with Friends," the romantic (and steamy) drama from Irish "Normal People" author Sally Rooney, is on its way to Hulu. 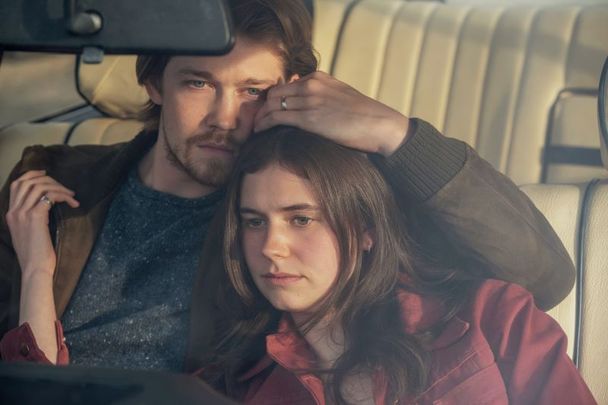 Joe Alwyn and Alison Oliver in a scene from "Conversations with Friends." Enda Bowe/Hulu

Will Sally Rooney’s next big streaming production, "Conversations with Friends," be as massively popular as her first, "Normal People?"

We’ll get the chance to find out on May 15, as that’s when Hulu will premiere the highly anticipated series.

Last week, a lengthy trailer was released, and it seems to have lots of the same romantic drama (and steamy scenes) that made "Normal People" such a breakout smash.

“The moods of the two shows definitely overlap in places, but Conversations is a little bit messier than Normal People,” director and executive producer Lenny Abrahamson told The Hollywood Reporter. “The relationships are messier, and there are more of them.”

Abrahamson, a native of Dublin and Oscar nominee in 2015 for "Room," his film based on Emma Donoghue’s novel, directed several "Normal" People episodes and did the same for "Conversations." The series is set in Dublin which is where the four main characters are based.

Joe Alwyn, best known as being Taylor Swift’s beau since 2016, is one of the four leads. He plays Nick, a man in a problem marriage, and judging by the trailer, Alwyn should start preparing for the kind of massive success that greeted Irish actor Paul Mescal after "Normal People."

Alwyn told the new issue of Elle in the U.K. that he’s never actually met Rooney in person, but did send her a “fan message” after being cast in "Conversations."

“I think she's such an amazing, perceptive writer,” he says.

He landed the part of Nick five days after sending in his audition tapes. “I was so excited I went to my parents and had loads of drinks,” he revealed.

Yet another tie "Conversations" shares with "Normal People" is the new song it features, “Sidelines” by American indie rocker Phoebe Bridgers, who has been dating Mescal for several months.

Watch the trailer for "Conversations with Friends" here: